It was only a matter of time before an entity with as much global reach and influence as Big Tobacco would turn its gaze toward e-cigarettes and vaping.

Whether they looked at vaping as a threat or a business opportunity, they knew, either way, that something had to be done – a kind of beat ‘em or join ‘em situation.

The IQOS, which can be labeled as a starter kit, seems to be the tobacco giant’s response to that dilemma and falls into the latter category. The IQOS is Philip Morris’ attempt to muscle into the vaping market with a device that combines their traditional bread-and-butter product, leaf tobacco, with an innovative “heat-not-burn” (HNB) vaping capsule.

The main attraction of the IQOS are the HEET sticks that resemble real cigarettes but are much shorter and contain a mixture of real tobacco, vegetable glycerin, flavorings, and nicotine. These sticks get inserted into the vaping device, get heated up, and produce a vapor textured and flavored to resemble tobacco smoke.

The HEET sticks have a limited vaping life and are single-use only. A package of HEET sticks comes with any purchase of the entire tobacco heating system that also includes a multi-use electronic case to store, clean, carry and charge the vaping apparatus.

The IQOS tobacco heating system can be bought online or at various retail tobacco shops around the world. There are many different variations on the kit’s contents as well, so if you decide to buy a standard starter kit, here’s what you’ll get:

The IQOS from Philip Morris: Up Close

Considering that Philip Morris International poured almost $3 billion into the research and development of the IQOS, it stands to reason that the product that they ultimately delivered is rather well-made. The entire system is comprised of three essential elements: the tobacco heatstick, the IQOS holder/vaping device, the IQOS charger/carrying case.

The tobacco heatstick is the least fascinating part of this setup since it is basically a shortened version of a regular tobacco cigarette. Except, its insides have been pressed and shaped into what looks like tobacco rods. These “rods” have been dipped into vegetable glycerin to provide a more robust vapor when the stick gets inserted into the IQOS holder.

The holder is incredibly lightweight and, of course, perfect for portability. On the inside of the device, you’ll see a blade-like apparatus that is made of gold and platinum (again, Big Tobacco doesn’t cut corners) where you insert the heat stick.

Unlike the coil and wick of a traditional e-cigarette or vaping device, this is the tobacco heating element on the device, which is powered by an internal Li-ion battery. There is a single firing/power button with a built-in LED light located in the recessed center of the device.

The IQOS carrying case/pocket charger looks a lot like other e-cig carrying cases/pocket chargers like those that come with the Magnum Snaps E-cigs kit, which, in turn, is based on the design of a traditional pack of cigarettes. The IQOS pocket charger has a few buttons and LED lights on its side that serve various functions.

You have a small metal latch on the side that opens the top of the device so you can access the docking port. Underneath this latch, you have a series of LED lights, pin-hole in size, that indicate three separate functions:

Working Your Way Through the IQOS from Philip Morris

Using the IQOS should not present any problems even to those people who have no experience vaping. It is merely a matter of taking out a heat stick, inserting it into the holder, turning it on and waiting for it to be ready.

The waiting part would be the thing that most irks people about the IQOS since the device does not fire instantaneously but requires at least a six-second ramp-up time to properly “heat-not-burn” the tobacco inside. The LED indicator light will start blinking green when the device is turned on and then, turn a solid green when the vapor is ready to be inhaled.

A lot of vaping devices have automatic cut-off times, and the IQOS is no different. From when the LED indicator light turns a solid green you have about six minutes or fourteen puffs before the heat stick has been spent and needs to be replaced.

You just throw out the heat stick after using it, but things are more complicated with the holder. Since you are still using traditional tobacco, there is an awful mess left inside the holder after each use.

Therefore, Philip Morris recommends you clean the tobacco using the cleaning sticks and cleaning device included in your kit after every use.

How the IQOS from Philip Morris Performs

Vaping on a device made by a tobacco giant, you expect that you are going to notice a distinct tobacco flavor more than anything else. While the standard bundle kit includes three different tobacco flavors, they taste pretty much the same, save for the menthol version.

I’m not a cigarette virgin, so smoking is not an unfamiliar activity for me, and from all the vaping devices I’ve used, the IQOS comes closest to genuinely replicating that smoking-a-cigarette feel. The throat hit is noticeable, and the mouth-to-lung inhalation is very apparent.

But saying that the IQOS is what comes closest to simulating smoking a cigarette is not necessarily a compliment, at least, when it comes from a never-smoker like me. I like the purity of vaping and the feel of it. And I imagine a lot of vapers would agree with me.

I didn’t start vaping because I had a smoking habit. I wanted to quit – I just wanted to try vaping. I never sought to simulate smoking a cigarette when vaping, but I imagine that many people would want to have that reassuring taste and feel when trying something a little outlandish like vaping and that is what the IQOS delivers.

The IQOS from Philip Morris vs. the Magnum Snaps

I think the Magnum Snaps e-cigs kit from ePuffer was the last cig-a-like product that I used and reviewed and I thought it germane to my review of the IQOS from Philip Morris. The two products share differences and similarities.

The first difference would be, of course, that one product vapes actual tobacco and the other vapes a cartridge pre-filled with liquid nicotine. You have to assemble your Magnum Snaps e-cigs, which you don’t have to do with the IQOS, but on the other hand, regular cleaning and maintenance are required for using the IQOS, which is something you don’t have to do with the Magnum Snaps. 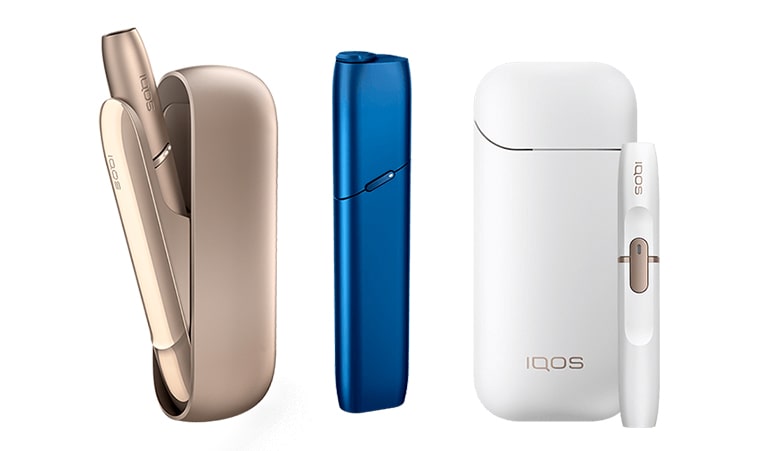 You do get more life out of your cartridges with the Magnum Snaps setups since each cartridge will last you at least 200 puffs unlike with the IQOS whose heatsticks have a short vape life and must regularly be replaced.

The pocket chargers from both companies are also quite similar to charging times for each both hovering around one hour – that’s to charge both the case itself and to recharge the battery/holder. One noticeable and vital difference, however, is the price of either unit.

The Magnum Snaps kit comes in at a reasonable $70, while the IQOS system I got was around $250, which is a difference significant enough to blow your hair back. I think ultimately this will come down to preference.

If you are a smoker who wants to continue with tobacco, then you could stick with the IQOS, but if you want to try something new, then the Magnum Snaps e-cig kit would be best.

It was only a matter of time before tobacco companies either tried to stop vaping from taking hold in the public’s consciousness or tried to stake out a niche in the market. The tobacco heating system seems to be a measured compromise.

It’s a vaping device, but not exactly. It’s not as dangerous (supposedly) as smoking cigarettes, but it has tobacco in it. I, for one, am not convinced.

While Philip Morris has, of course, put the IQOS through a series of rigorous, completely unbiased scientific tests to prove their safety and purity, I’m not yet ready to believe them.

Recently, a study by a Swiss research team found cancer-causing chemicals (in higher concentrations than in traditional cigarettes!) present in the vapor released by the IQOS.

Not to mention the fact that the tests that Philip Morris performed themselves have been thoroughly debunked as to their findings and methodology. But then again, if you were expecting a tobacco giant to tell the truth about their products then it’s not tobacco that you’re smoking.