It seems like a simple question, right? Is vaping bad for you? But behind that curtain are a lot of moving parts and pieces. We can start with the most simple premise. A comparison of smoking vs. vaping. That breaks down like this.

Smoking involves setting chemically treated tobacco on fire and inhaling smoke. The tiny particulates in smoke are incredibly invasive and will deeply burrow themselves into living tissues. Vaping involves vaporizing a liquid solution containing nicotine and food grade ingredients. There is no combustion with vaping.

There is no scientific consensus in the United States regarding whether or not vaping is bad for you. There is, however, a lot of information from both sides of the argument that can be presented to you so you can make your own decision. But here’s where we must start off this discussion. If you don’t smoke, don’t vape!

Peer pressure should never come into play, but unfortunately, there are many people, particularly teens, who start vaping even when they were not already smokers. Though nicotine is much safer when consumed by means that is not from smoking, there is no reason to take up a nicotine addiction when somebody was not previously a smoker. Addiction to any type of drug, even one as seemingly benign as nicotine when not taken with cigarette smoke, is something that is best avoided. Since quitting nicotine is difficult and can lead to withdrawal symptoms, life is much better when not addicted to any substance, we reiterate that vaping should not be taken up as a hobby.

The good news is that the overwhelming majority of vapers are smokers or former smokers. In fact, the 2014 Health Survey for England, where vaping is promoted as a tobacco alternative, it was found that only 1% of the people that had tried e-cigarettes were never smokers. It is very rare for a non-smoker to take up vaping. E-cigs are an alternative tobacco product for adult tobacco consumers. That is the intent of vaping. We do not recommend or promote vaping to people who have never smoked.

If you are a smoker trying to quit, we encourage you to explore every option available to you to help you kick cigarettes. If you are an adult tobacco consumer wondering if you can use e-cigs to quit smoking, we can’t answer that. There is no official American scientific position to confirm or deny vaping as a viable smoking cessation method.

A 2016 European study published in in the journal Addiction found that 15 million smokers in Europe have either quit or reduced smoking with e-cigs. There is a recent study based on the National Health Review Survey that shows that 52% of vapers in the United States have given up smoking. That is promising, and we look forward to more research.

Is Vaping Safer Than Smoking?

This is where this debate really needs to be. ‘Is vaping safer than smoking’ is the real world question smokers are asking not “is vaping bad for you?”. Let’s start with smoking. Tobacco smoke contains thousands of chemicals, and many of them are proven carcinogens, which are chemicals linked to cancer.

Contrast the known dangers of tobacco with e-cig vapor. E-cig vapor is the product of vaporizing a nicotine e-liquid solution made up of VG and or PG, both food grade substances. Even aside from the question of whether vaping is bad for you, nicotine dependence and addiction is as relevant to vaping as it is to smoking. It is a very addictive drug and should be avoided if one was never a smoker, to begin with. 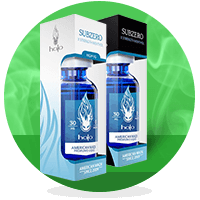 Although US researchers have not reached an official conclusion, researchers in other countries have been more assertive. In the UK, both Public Health England and the Royal College of Physicians agrees that vaping is at least 95% safer than smoking. With such a strong consensus in the UK, why are US researchers reluctant to make any official declaration?

It is only very recently that electronic cigarette researchers have realized that the type of vapor device used is an important consideration. No one can answer “is vaping bad” without considering the technology being tested. Many of the early studies never stipulated what type of e-cigarette was used nor what style of vaping was tested. In fact, researchers would test the devices in ways that no one would use when vaping. The best example of this are the claims of formaldehyde in e-cig vapor.

Is There Formaldehyde In E-Cig Vapor?

Researchers have been known to use e-cigarettes in unrealistic ways to cause a specific result. For example, a 2015 New England Journal of Medicine article declared that electronic cigarette vapor contains dangerous formaldehyde. The formaldehyde was generated when the vapor product was vaped at high voltage. But a closer look at the same study also showed that when the same vapor device was used at 3.3 volts, no formaldehyde indicators were detected. Here’s the problem. Vapers do not enjoy inhaling burnt vapor. Burnt vapor tastes terrible! It is not reasonable to assume that vapers will be vaping at extreme power settings unsuitable for the device and atomizer that they are using.

Greg Gutfeld from Fox News humorously weighed in on the New England Journal of Medicine report with a comparison. Gutfeld said that “This e-cig study’s assertion is like saying driving a car is deadly if you floor it in reverse on a narrow cliff while doing Jell-O shots in your underwear.

The bottom line is this. Any product can be misused in ways that compromise safety. There is no doubt that the type of device being used and how it is used play a major role in e-cigarette safety. If you are using an electronic cigarette product, use it within the manufacturer’s recommended guidelines. Learn how to vape and how the devices work. Choose only good quality products. If you are dripping or using a sub ohm mod, make sure you are aware of the relationship between wattage or voltage and the resistance of the atomizer that you are using.

Pros and Cons of Vaping

Let’s take an honest look at the pros and cons of vaping. At Vaping Daily, we are advocates for vapers and vaping. The FDA is currently exploring possibilities that vaping may be an asset in the effort to reduce tobacco harm and, we support that position. The real end game here is to stop smoking and save lives. This world loses millions of moms, dads, grandpas, aunts, and friends every year because of smoking. That must change, and it is way past time.

Is Vaping Without Nicotine Bad For You?

Nicotine is the most well known addictive chemical associated with tobacco use. How bad is nicotine? Nicotine in and of itself is a stimulant and not a known carcinogen. It is not the nicotine that causes cancer from smoking. The more dangerous chemicals from smoking are the byproducts of combustion. Avoiding combustion is the driving force behind the popularity of vapor products.

Vaping without nicotine is typically a result of a progression of reducing nicotine over time. If you are thinking about trying vaping because it looks cool and you think non-nicotine vaping will not be harmful, don’t do it. Is vaping without nicotine bad for you? American researchers do not have an official position yet. But here is what we do know. Your lungs perform best with clean, oxygen-rich air.

Psychological dependence also has negative side effects. Although a vaper might not be addicted to vaping since the juices used ar 0mg nicotine, there could be feelings of anxiety when vaping is not permitted or unavailable. Stress from not having enough money to buy juices, or other vape gear, are also problems that might arise when taking up a vaping hobby and not as a smoking cessation aid.

Popcorn lung is the name for a condition called bronchiolitis obliterans, a serious lung disease. Diacetyl is a butter flavoring often used as the butter flavor for products like microwave popcorn. Workers in microwave popcorn production facilities exposed to inhaled diacetyl fumes are reported to have contracted bronchiolitis obliterans. Hence the name popcorn lung.

Diacetyl is used in some e-liquid flavors. As a result, concerns have been raised about vapers potentially being at risk for popcorn lung. It is recommended that vapers avoid e-liquids with diacetyl or acetoin. Many of the leading vape juice company’s never use diacetyl in any of their products. 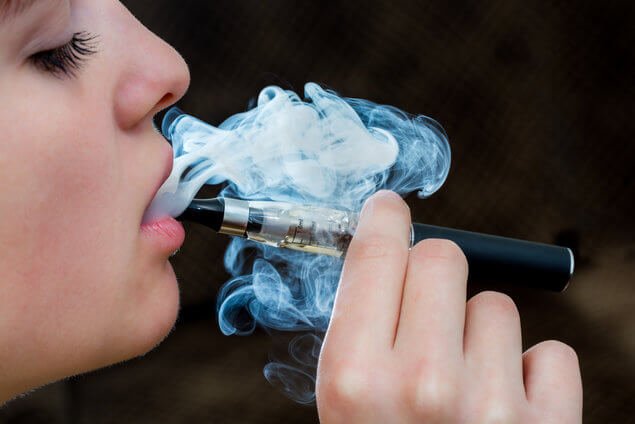 A 2017 PATH study analysis at Penn State University found that vaping does not appear to be as addictive as smoking cigarettes. PATH stands for the Population Assessment of Tobacco and Health. PATH is a long-term study that is tracking 30,000 people. A massive sample size.

Researchers discovered that vapers are less likely to have strong cravings, to need nicotine after waking up, and more able to resist in restricted areas. The PATH study did not find that vaping was not addictive, just that it appeared to be less addictive than smoking.

Another interesting side note is that PATH data once again shows that non-smokers are not taking up vaping in in large numbers as some critics claim. In fact, 93% of respondents that have tried e-cigarettes are smokers or former smokers.

An Update On Smoking Addiction

The interesting twist to all of this has been the recent discoveries that there are more chemicals in cigarette smoke that may be psychoactive and addictive. Not just nicotine. But, scientists are not sure what it is. Today’s neuroimaging technology has shown that when someone smokes a cigarette, they see a decrease in MAO. MAO is monoamine oxidase, which the body uses to break down dopamine. With lower MAO, the dopamine level remains higher contributing to addiction.

You would think that by now we would have all the answers but here’s the thing. Just a few years ago we used to report to people that there were 4,000 chemicals in cigarette smoke. Then, as technology improved, we came to find out there were 5,000 detectable chemicals. In the last few years, that changed again as we now understand that scientists have detected 7,000 chemicals in cigarette smoke. The more we learn about cigarettes and effects of smoking, the more ominous the picture gets.

Of course, this unknown addictive element in cigarette smoke does not get nicotine off the hook! Nicotine is a stimulant. Any stimulant can have addictive properties and increase heart rate and blood pressure. Children, pregnant women, and people with heart conditions should avoid nicotine and vaping.

Is Vaping Bad For You? Conclusions.

Here we are back to your original question. Is vaping bad for you? Now, this is where you come in to weigh what you have read and make a determination based on the best information available at this time. We have established that the device you use and how you use it makes a difference. Avoid low-quality vapor and e-liquid products. Make sure to choose the best electronic cigarettes to suit you specifically.

If you don’t smoke, don’t vape. If you are an adult tobacco consumer, then vaping is an option. Ultimately, it boils down to relative risk. Even vaping’s harshest critics admit that vaping is likely less harmful than smoking. We do not know if there are long-term health risks associated with vaping because there is no evidence either way at this point. Vaping is still a new phenomenon. We certainly know the dangers of smoking and the terrible health consequences.

The research will continue. Vaping Daily will keep you updated on the latest studies from around the world. The mounting body of scientific evidence is growing toward vaping being a legitimate risk reduction method. Electronic cigarettes still have naysayers, but fewer of them all the time.

71 comments on “Is Vaping Bad For You? What’s the truth?”