Ever been wondering what cloud chasing means? In the world of
vaping, the collocation “chasing clouds” means building a vape setup that is designed specifically to create massive plumes of vapor. Some people call it “stunt vaping” or “extreme vaping,” while others simply call it sub-ohm vaping.

Cloud-chasing evolved naturally from vaping culture. One can imagine two vapers sitting next to each other, spending time not only by vaping but by playing around with the smoke like the cloud watchers of yesteryear. Cloud-chasing seems like a natural outgrowth of the vaping lifestyle.

No one knows where cloud chasing started. Some sources point to the West Coast. But whatever the case, cloud chasing has taken on a sort of ambassadorial role for vapers everywhere.

Cloud chasing is a primary point of entry for people entering the vaping arena. People in the vaping world, however, split between those who believe it is a legitimate expression of vaping culture and others who think cloud-chasing gives vaping, and by extension, vapers a bad name.

A few years ago, cloud chasers did it for fun. Today, while some still do it for recreation, many do it as a sport. All around the world, there are regular competitions, where vapers compete to see who can produce the thickest vapor. Prizes from these competitions range from free gear to thousands of dollars in cash. The world of cloud chasing is a subculture within a subculture, one that is slowly gaining traction and becoming famous the world over.

Cloud chasing is akin to hot rodding one’s beat-up jalopy. Perhaps, in the future, there will be professional leagues as well?

Mr. Hon Lik, the inventor of the modern e-cigarette, said it best:

“When automotive manufacturers first started out, they were not thinking about a sport to be called Formula One. You always have groups of people who are looking for excitement.”

Before anything else, there are nine factors to be aware of when chasing clouds. These include:

There are several coils one can build, with each affecting vapor quality. Users can try each and choose what works best for them, or they can choose the easiest build and live with that.

The above are just a few of the many builds available to users. However, these are all easy enough for first-time users. The twisted wire build might be a bit tricky at first, but after the initial confusion, it becomes easier. Try them out and see which build works for you.

When it comes to airflow, it takes some trial and error to find the right one. Too much can disperse the clouds and weaken the overall vapor density. However, some atomizers do not allow precision airflow control. This is where the proper inhale/exhale technique together with the right body posture will play a huge role.

Another trick cloud chasers use, is not to use a drip tip at all. This allows more vapor to be inhaled, but again, some atomizer designs might make this impossible. Fortunately, there are “wide bore” drip tips available designed specifically for cloud chasers. These are drip tips with a larger hole for inhaling.

Finally, most cloud chasers use 24g wire for their builds. If you use 26g and above, try upgrading it to 24g or twisting your current wire to double its diameter.

Every professional in any sport started out as an amateur. If a user is new to cloud chasing, it is best to start out with the sub-ohm tanks first. These usually have builds of 0.5 ohms and above and used with a regulated mod.

When it comes to competition-level clouds, builds of 0.3 ohms and below one can make and use in unregulated mech mods. However, at this level, one must have a working knowledge of batteries, watts, and ohms to avoid any accidents.

Sub-ohm tanks produce enough vapor to satisfy casual vapers, and many users will have no need to go lower. Unless you go hardcore, are aware of the risks involved, and know enough to limit those risks, it is best just to stick with sub-ohm tanks.

Having Fun vs. Going for Gold

Vaping does not exactly conjure up images of well-toned athletes competing for glory. But given its staying power, cloud-chasing has gone from a backyard cloud measuring contest to professional cloud-chasing events with major sponsorship and lucrative prizes.

The two most prominent and well-known professional cloud-chasing competitions are:

Just like all competitive endeavors, certain rules and criteria must be met by cloud-chasers. Clouds are judged on length, durability, originality and last but not least, technique.

As with any new sport, cloud chasing has its share of detractors. Many people think the practice itself is ridiculous, and even some Cloud Chasers think the new “sport” is absurd. Its supporters, on the other hand, believe that cloud chasing helps to raise awareness about vaping, especially to smokers. By showing how vapor can beat out smoke, it is their hope that smokers appreciate that and quit cigarettes for good.

Some vapers, particularly the traditional ones, think that cloud chasing gives vaping a bad name. They point out the ones who blow out huge clouds in public, looking obnoxious and acting high and mighty. The thing is, even if vapor does not smell bad – or at least as bad as cigarette smoke – non-smokers will still view it as a nuisance. If you plan to chase clouds, be sure to vape responsibly and limit your plumes to vape shops or in the comforts of your home.

Love it or hate it, cloud chasing is here to stay. The market for PDAs (rebuildable dripping atomizers) and sub-ohm tanks has seen a massive spike the past few months, and it looks like it is not stopping anytime soon. Manufacturers will keep on producing them as long as someone is buying. Whether this is a good thing or bad depends on the user and their level of responsibility.

Despite the ease with which clouds get produced, it’s important to remember that most of the devices vapers use to make clouds are modified. They are not used as sold, and dedicated cloud-chasers have spent time and effort modifying their devices to maximize cloud production.

As we saw above, battery life and the atomizer are two key aspects of successful cloud production. With that said, cloud production requires greater amounts of heat, which means higher voltage batteries and over-taxing batteries can be harmful in any case, namely unexpected explosions.

People interested in cloud-chasing have to understand that vape clouds are produced with the help of a complicated, battery-powered device that has many moving parts. While it may look easy, cloud-chasers are usually expert vapers that have more familiarity than most of the particulars and mechanics of vaporizers.

Cloud chasing is different from sub-ohm vaping. Anyone can vape with sub-ohm tanks, but cloud chasing is reserved for the hardcore. Extreme sports always have a high-risk factor and the same can be said for cloud chasing. It is vaping to the extreme. It can be fun if everything is done correctly, but the danger is always there. After all, what is extreme without any risks?

If one wants to try cloud chasing, make sure the proper equipment is used. Clones are a definite no-no since these can fail, upping the chances of accidents. One must also do thorough research first before attempting to chase clouds. Throwing a hastily done build on a clone is a sure recipe for disaster.

When one is cloud chasing, once the battery feels too hot, it is best to stop. Put the mod down, let it cool off, and walk away. If you have friends who chase clouds, ask for their advice. Learn from them, and follow their instructions and warnings carefully. If in doubt, stick to sub-ohm tanks and leave the clouds chasing to the professionals.

As with everything in life, safety comes first. The fun happens later. 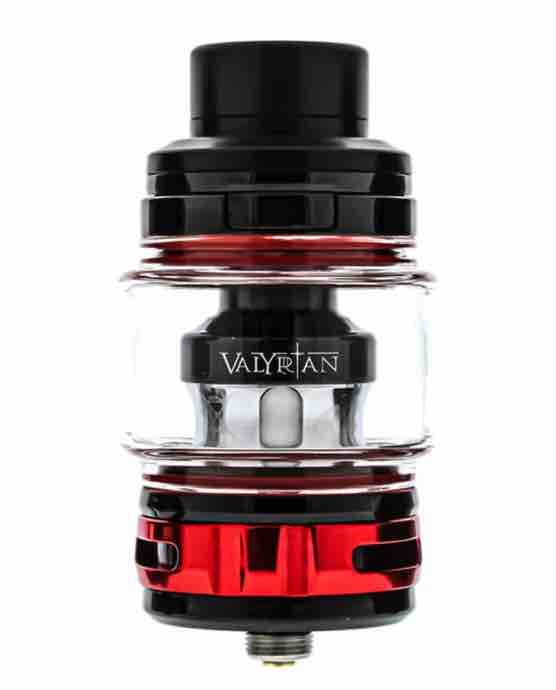 4 comments on “The Art of Cloud Chasing: The Ultimate Guide”