Though a bit bulky for a portable vaporizer, the Vapir NO2.V2 is a solid performer. It heats up quickly, has a long battery life, a big chamber, and great build quality. Most importantly, it produces quality vapor in massive amounts.

Looking more like a wireless mic than a portable vaporizer, the Vapir NO2.V2 is larger than its contemporaries. About eight inches in height, the device won’t fit in a pocket, though it will fit in most bags and purses. 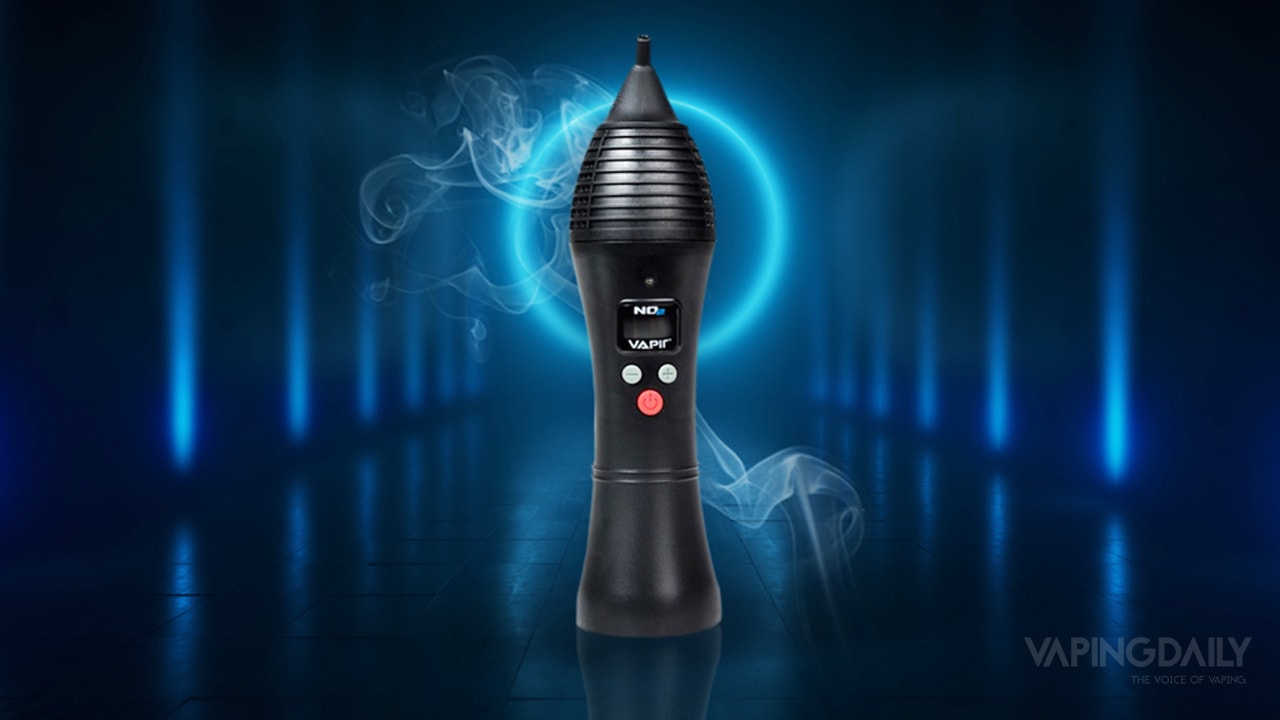 Though a bit bulky, the NO2.V2 is lightweight and easy to carry around. Although it is light for its size, the unit is solidly built and looks like it could last several years with proper care.

Included in the box is one NO2.V2 Portable Vaporizer, one battery, one power cord, one X-Tip, one cleaning brush, one tube attachment, two bamboo cleaning sticks, one loading spoon, and six mesh screens (with two installed). 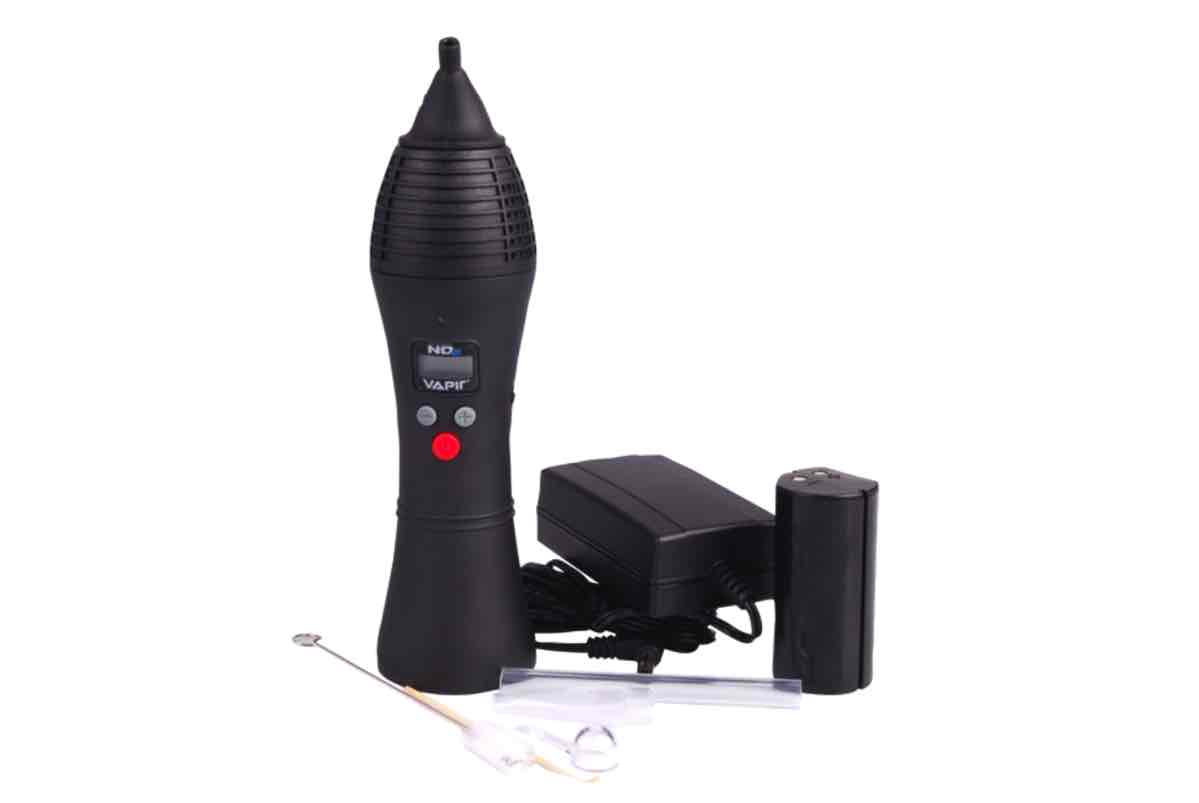 The Vapir NO2.V2 is a very user-friendly device. Upon opening the box, users will notice that no assembly is needed, and that the unit is ready to use after its initial charge. This is testament to the simplicity of its design, with no extra fluff to complicate things.

To charge the unit, just plug in the power cord. Once charged, the user can put in the herb.

When filling the unit, open the top lid to expose the herb chamber. Place the herb inside without overpacking. It is best to fill the chamber to approximately ¾ its maximum capacity to ensure proper air circulation.

Press the on/off button to turn on the device. Then, adjust to the desired temperature via the control buttons marked with + and – symbols. The temperature in the display will rise fast, because the unit heats up quickly.

The device is very quiet while in use. Temperature settings are automatically saved when the device is shut off, so users do not have to adjust settings again. The unit will not reset once the desired temperature has been set, so the Vapir NO2.V2 is always ready to use.

Vapor production from the NO2.V2 is excellent; dense and flavorful, with a clean taste, due to the medical-grade stainless steel and pure brass heating element. 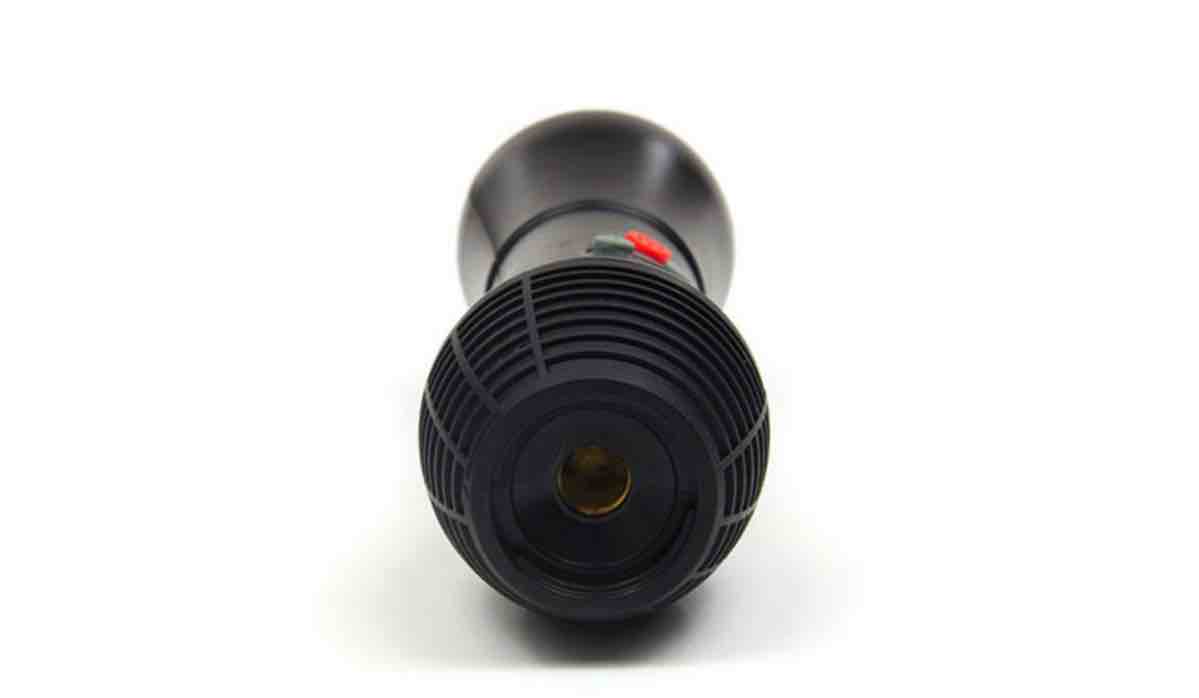 Heating times are also impressive, taking less than a minute to get ready. The unit heats up faster if used while plugged in, making it the perfect unit for those who are looking for a quick hit anytime. This makes the NO2.V2 ideal when comparing to other portable vaporizers that take two to three minutes to heat up.

The unit comes with two mouthpieces; one plastic for discreet vaping, and one glass stem that creates a cooler vape. The glass stem is recommended, because it produces a clear vape.

The max temperature is 401°F or 205°C, enough to vaporize the herbs without combusting. Higher temperatures will cause the herbs to burn.

The battery life of the NO2.V2 is superb, with an estimated vape time of up to six hours. This is impressive because other vaporizers in its class last about an hour or two before needing to be recharged.

For vapers that want uninterrupted vaping sessions, the device can be used while it’s being charged; however, doing so may shorten the life of the battery. 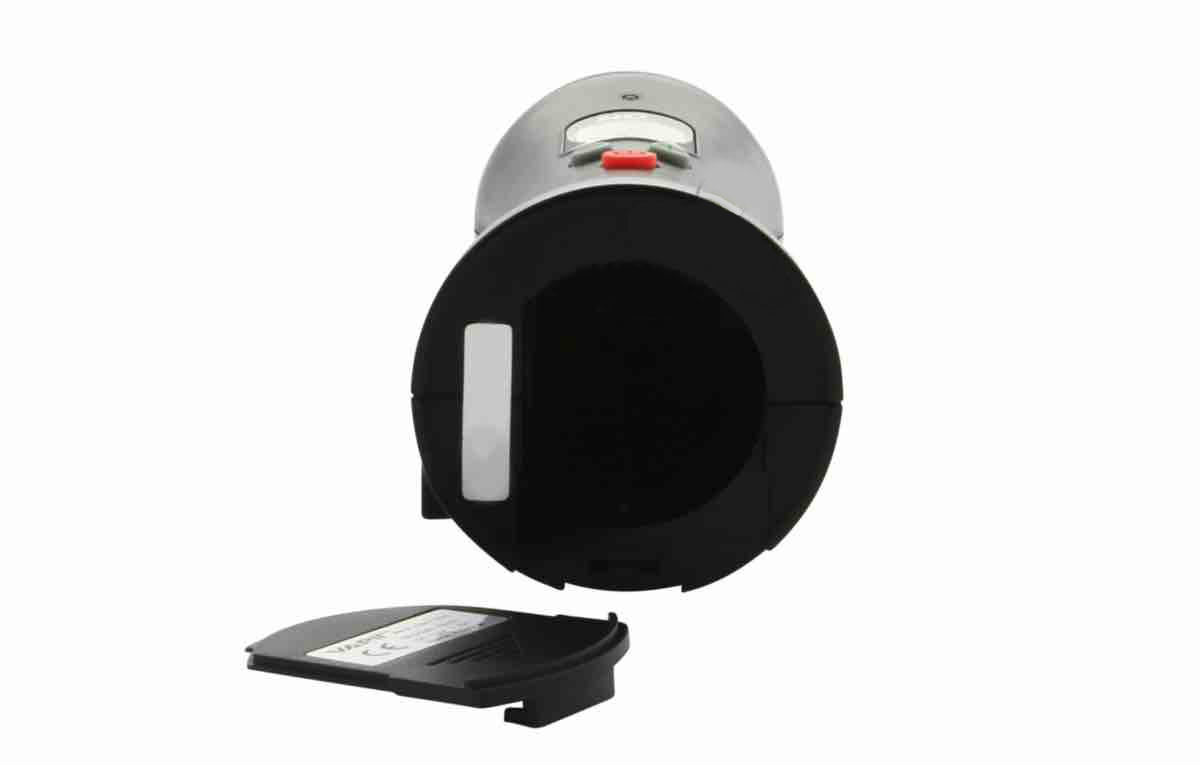 As mentioned earlier, the heating element is made from medical-grade stainless steel and pure brass. These have a higher melting point, thus resulting in a clean vape that’s free from aftertastes. The high melting point ensures that the herb is vaporized first before getting too hot to melt the metals.

While three-in-one vaporizers are all the rage these days, most don’t always perform well with herbs. Though the Vapir NO2.V2 is strictly an herbal affair, it does so with grace, simplicity, and above all, with aplomb.

All in all Vapir 2 was a descent desktop vaporizer in its times. Currently, we’re giving it all the respect it deserves but do not recommend this device for a buy.

If you are a fan of desktop vaporizers, you may consider more modern options to try.