Disclosure: The vaporizers which we review on this website are tested by our trained, paid staff. As part of the review,  VapingDaily.com links directly to the product or brands so that you may purchase directly from the provider. We receive commissions from these providers, however, this does not affect the price you pay, and the commissions we earn help us pay for the costs of running this website. Thank you.
Overall Performance: 80%
User Experience: 85%
Value for Money: 90%

Our Verdict: The Vaporite Titanite Vaporizer is a portable vape pen that includes a water percolator to produce smooth vapor. It can also be synced with a smartphone via an app to monitor usage, temperature, and battery life. With all its features, is it all that it’s cracked up to be?

The Vaporite Titanite is a long, slim, vape pen that looks more like an e-cig instead of a vaporizer. About half of its total length is the included water percolator, which is transparent. The battery is just as slim, and when attached with the percolator, makes for a seamless look. There is a single button on the device that is used to activate it. The slim size makes it portable, but its length may feel awkward to some.

For a budget device, the Titanite is well-built. The percolator and battery fit snugly, the button does not rattle, and the finish looks great. The length of the water percolator can be a problem, though, and if anything breaks first, it might be it. However, with care the Titanite can last users many years of service.

Users who purchase the Vaporite Titanite will get one 900mAh Bluetooth enabled battery, one glass wax chamber with water percolator, three single coil wicked atomizers, and one wireless USB charger.

The Titanite can use both wax and oil concentrates and is very simple to operate. Since it is a budget device, users should not expect deep customization.

Charging is done by attaching the battery to the USB charger. Unfortunately, the Titanite cannot be used while it is plugged in. Once charged, users turn the device on by clicking the button five times in quick succession. LED lights will flash to indicate it is ready to use.

To fill the clearomizer, users remove it and invert it to place the wax or oil. A small dab is enough for wax while a couple of drops is recommended for oils. Attach the clearomizer back to the device and it is ready to use. Users press the button while inhaling, and it stops heating up when released.

Easy to use and simple in terms of built-in features, what makes the Titanite unique among other vape pens is its connectivity to smartphones. Users can download an iOS or Android app, and once the device is synced to the phone, they can monitor battery level, usage rate, and the running temperature of the coil.

Other high-end devices like powerful box mods with connectivity options allow users to adjust the temperature and tweak a variety of features. The Titanite, however, only allows users to check statistics. It does not do anything else other than that. Still, for this feature to be included in a budget vape pen is impressive.

The vapor production from the Titanite is decent. It does not perform as well as higher-end devices, density is not the thickest, but it makes up for it with smooth and tasty vapor.

The device performs just as one would expect with a budget device. However, the surprise here is how smooth the vapor tastes. This is due in large part to the water percolator, which is rare in budget vape pens. Overall, the Titanite might not be the best vapor producer, but it does yield some pleasant surprises.

The Titanite is equipped with a 900mAh cell, which is large enough to last a day of casual vaping. If one takes a few hits every couple of minutes, though, expect the battery life to be shortened significantly. Vaporite recommends fully charging the battery for at least six hours before initial use to ensure optimum performance.

The atomizer is single coil wicked and is designed specifically for wax or oil use. The glass wax chamber provides a clean taste without aftertastes while the water percolator filters the vapor of any impurities to give users silky smooth vapor. The entire atomizer and heating element component is simple yet effective, which makes it easier to maintain.

The Vaporite Titanite is not a groundbreaking device, but it does include some nifty features that sets it apart from other vape pens. The water percolator and Bluetooth syncing with smartphones are rare for vape pens at this price point. Though the phone app does not do much in terms of customization, it does display information that may be useful.

For the price, vapers will get a very capable device. Wax and oil users will find the performance to be at par with other vape pens though the smoothness of the vapor might be better with the Titanite. Even if one is just curious as to how the device performs, at just $49.99, it is worth a try at least. 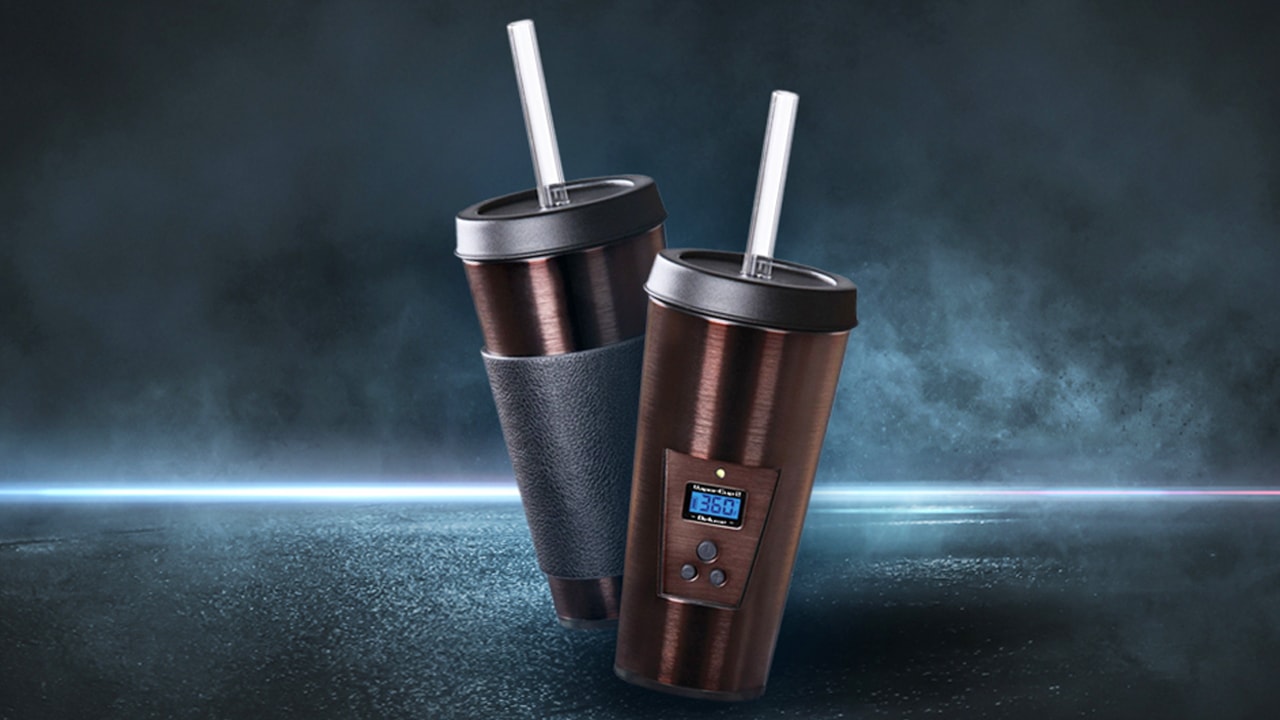 September 25, 2015
While not exactly pocketable, the Vapor Cup is an extremely discreet vaporizer that performs as well as it looks. Read on to find out more.

September 16, 2015
Getting the recently released Aspire Platinum Kit is like getting an early Christmas gift. How good is it? Read on to learn more.