Q*bert Arcade Mod: The Most Creative Design Yet

The Q*bert Vape Mod is a custom design vape built around a Smoant Ra Box. The game is Q*bert designed by an Illinois based company in the 1980s. While vaping, the user can play the game. The device powers to 200 watts, and it has hard and soft modes. The original game is located at the “front” of the device, and it has all the controls needed to play.

This device consists of the Smoant 200w and a Q*bert mini arcade game. The Smoant has a Fat Daddy 510 connector that allows it to work with most tanks. At the top of the vape is an on/off toggle-style switch. The firing button is on the side.

For those who do not know, Q*bert was an arcade game created by Gottlieb, a company located in Chicago, Illinois. The game’s purpose is to change every cube on a pyramid using Q*bert, the main character. While doing this, users have to help Q*bert avoid various obstacles. The video game and its controls are at the front facing the user. There is a large, color screen with pseudo-3D graphics, and beneath. Also, there is a console with a joystick and control button. Use the joystick and the button to control where Q*bert goes on the pyramid.

There are a lot of things to like about this device. The best thing about it is that it combines a new vape with a retro video game. Secondly, the game and vape have separate batteries. This significantly extends both devices’ battery life. The battery on the Smoant has overheating, reverse battery protection, and several other safety features. Another useful safety feature is the water-resistant chip. Only the chip is water-resistant, so avoid taking it to the bath. It can only handle the occasional spilled drink. 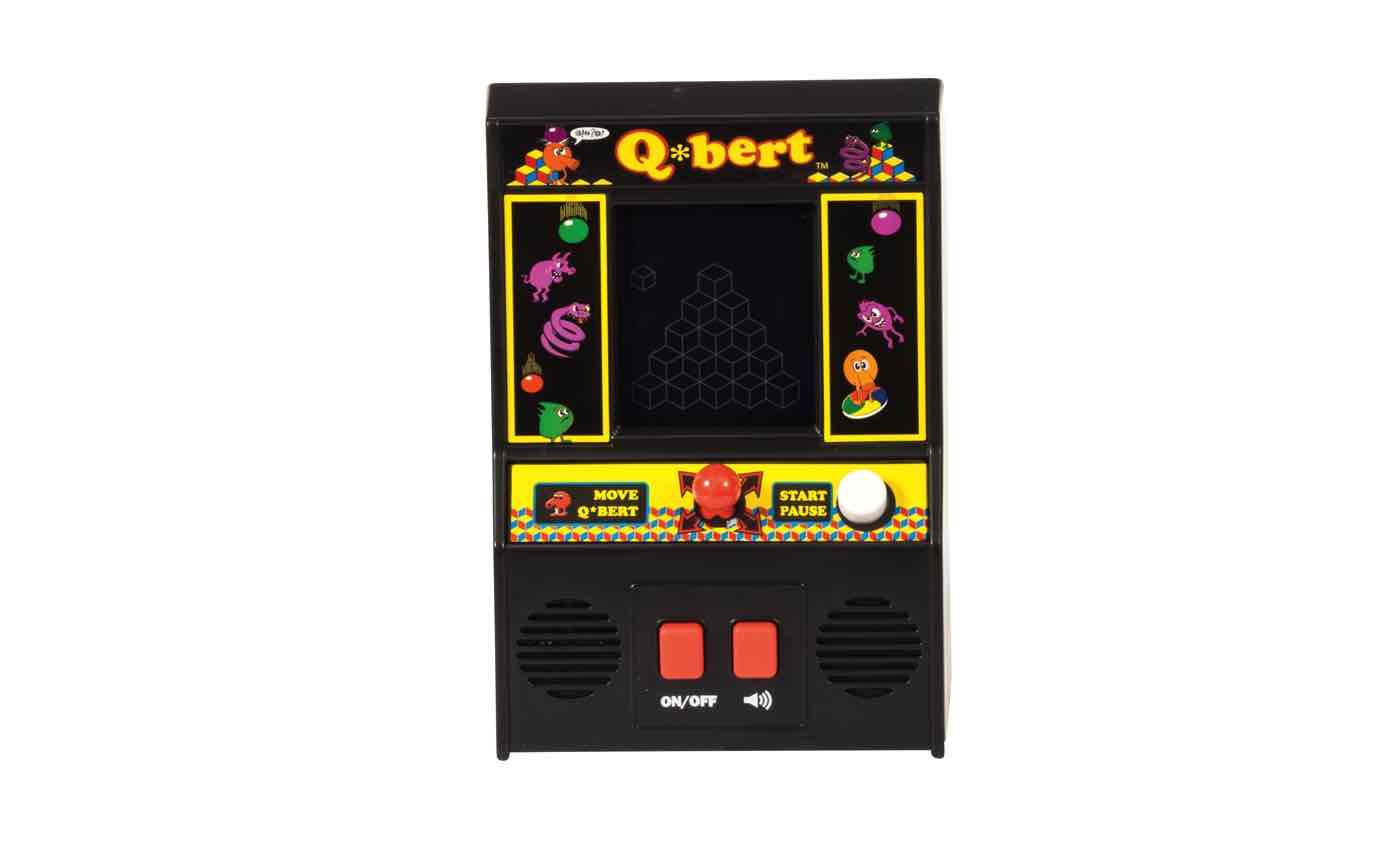 The vaping experience is phenomenal with the Smoant Ra Box. It produces a great amount of vapor, and the flavor is excellent. Also, because of the Fat Daddy 510 connection, the vape can support most tanks.

There are a few things to dislike about this device, though. First off, it is not very practical for people who want something portable. The Q*bert mod is a desktop vape, so taking it places will not be very convenient. It is large, the edges are sharp, and it is tough to transport. Another problem is with the design. While it is easy to turn on and off, it is difficult to switch between hard and soft modes. The switch for hard and soft modes is located beneath the panel of the game. Also, since the new device is 200w, it burns through juice quickly.

How to Use the Q*bert Arcade Mod

Learning how to use the vape and the controls for the arcade is easy. To turn on the vape, flick the on/off switch on the top, and click the firing button on the side of the arcade to vape. While holding the firing button, put the mouthpiece to your lips and inhale. As for operating the Q*bert, there is a separate red on/off switch. Push it to turn the game on or off. To move Q*Bert around on the screen, use the controls on the console. 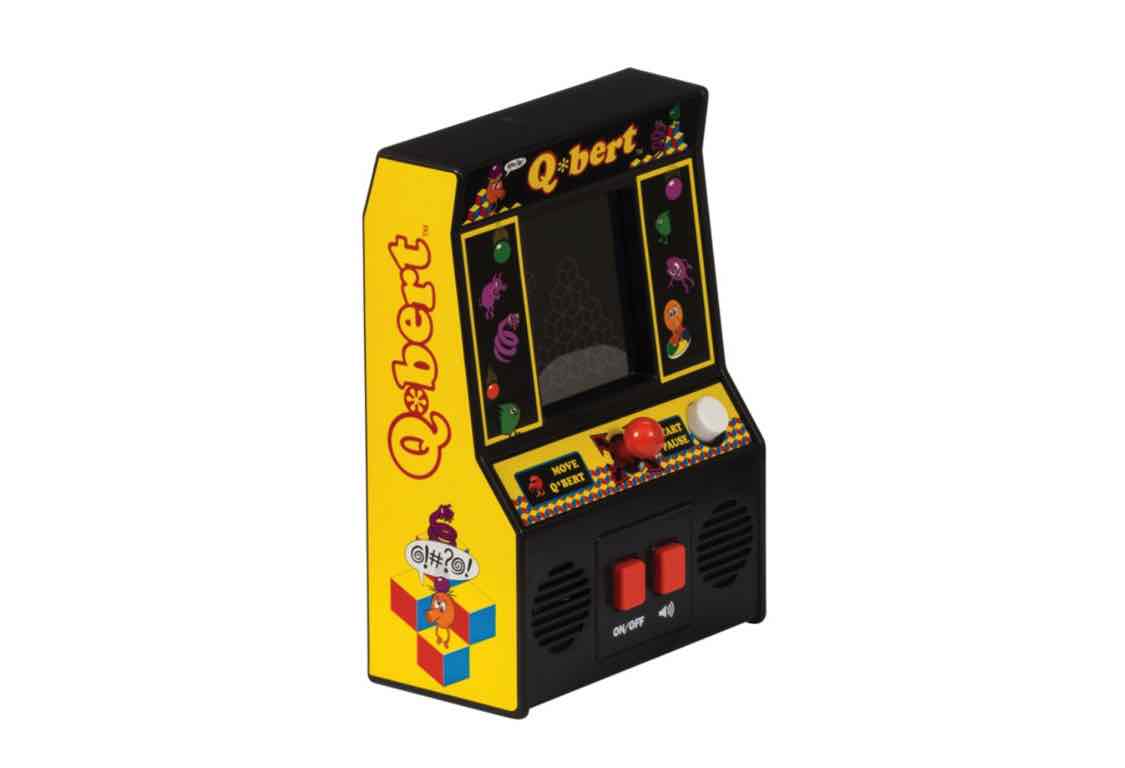 The vape and the game have separate batteries. The game uses replaceable batteries, while the vape has an internal 3,300 mah battery. Since it has pass-through charging, it can be vaped while recharging. The vape will have to be taken out of the arcade to change the modes. Once out, toggle the switch on the side. When the switch is in the up position, it produces 5 volts of output. The middle position is for 4 volts, and down is the soft mode, otherwise known as direct battery output.

Since this is not a portable vape, it is best to leave it resting on a desk or table. While the construction quality of the arcade is not as good as that of the vape. Leave the device at home to avoid breaking it. If taking it somewhere, pack it carefully so that it is not damaged in transit.

This build is the most creative construction we have ever seen. Building a vape into a game to involve players was sheer genius. It is also worth noting that this product has the potential for scalability. If someone can work out a deal with those who own the rights to old but still popular arcade games, they can produce similar vapes. These mods could have games like Mortal Combat, Star Trek, Star Wars, and other games with rabid fan bases.

As for this vape itself, it is definitely worth checking. The device vapes well, and the game is addictive. It produces tons of vapor, and both the game and vape are easy to figure out. There is one problem with the design that the vape has to be taken off the arcade to change the modes. There should be a way to do that without taking out the Ra Box.

If you have any thoughts about this arcade vape, please share them with us. In particular, we would like to know what arcade games you would like paired with a vape.