The LV Smoke Flash, a Chinese imprint, is a tiny vaporizer with an internal 1600 mAh battery that powers an LED indicator screen that lets you control the temperature in individual increments. The temperature range on the LV Smoke Flash starts at 180F and can reach as a high as 446F, and the device gets heated up quickly.

Inside the LV Smoke Flash is made from sturdy materials for high portability. The problem usually with portable vaporizers is that you want them to be able to withstand a lot, so that means using great materials to build your devices. Only that might add some unwanted heft to your “portable” vaporizer.

Looking at the LV Smoke Flash, I think they got this combination right. The Flash is quite small, easily disappearing into a fist. It has a colorful design scheme with many vibrant and solid primary colors to choose from.

Most of the internal parts of the Flash are high-grade ceramic, but on the outside, the LV Smoke Flash is coated in a soft, rubber casing that has many different functions, from making it easy to hold, protecting the internal parts and serving as a heat shield.

Here is what you’ll find inside your LV Smoke Flash box: 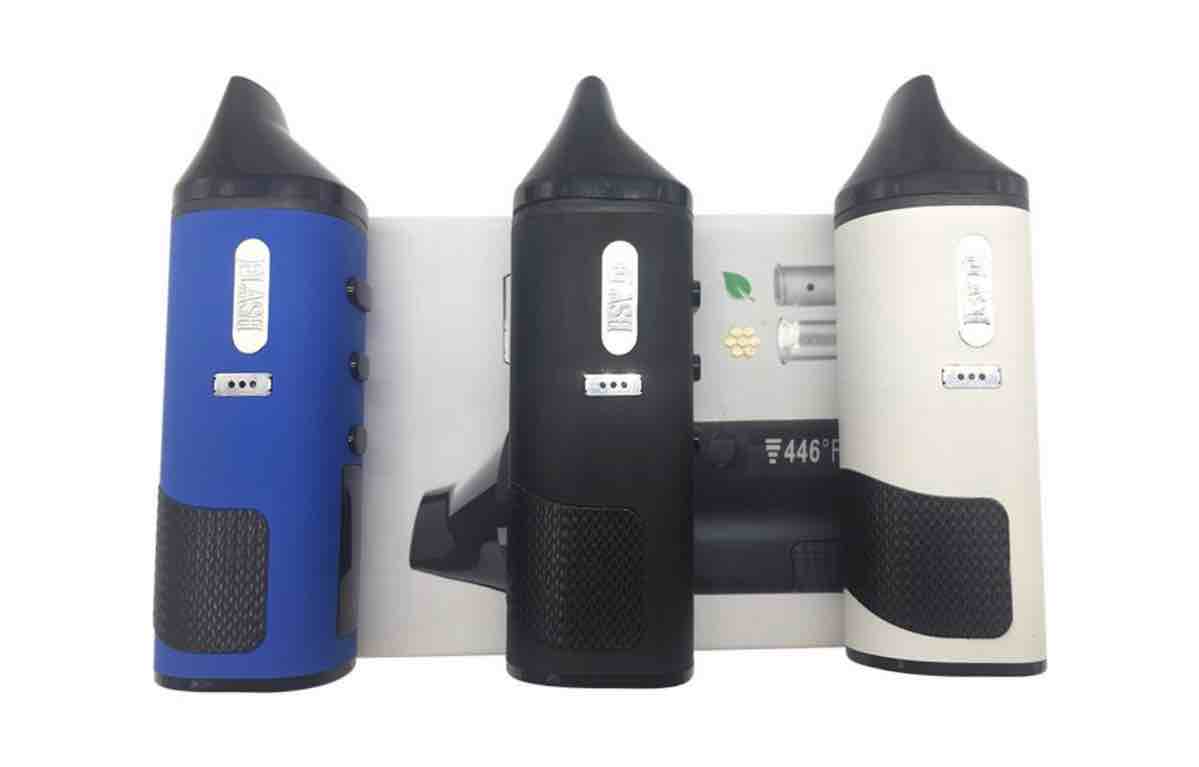 Upon first looking at the device the first thing that screams out at you is that it doesn’t look that impressive. Its body is encased in this gaudy, solid colored rubber casing with a plastic mouthpiece and a first generation LED display on the bottom.

But judging this mod on looks alone was my mistake. A device like the Flash was made for portable use, because out there, in the rough and tumble world of portable vaporizing, things happen.

You might drop your device, get it run over, hit it up against an innumerable amount of hard surfaces and so while you want your vaporizer to perform well, you also don’t want it to cost so much that you’re afraid to take it outside. 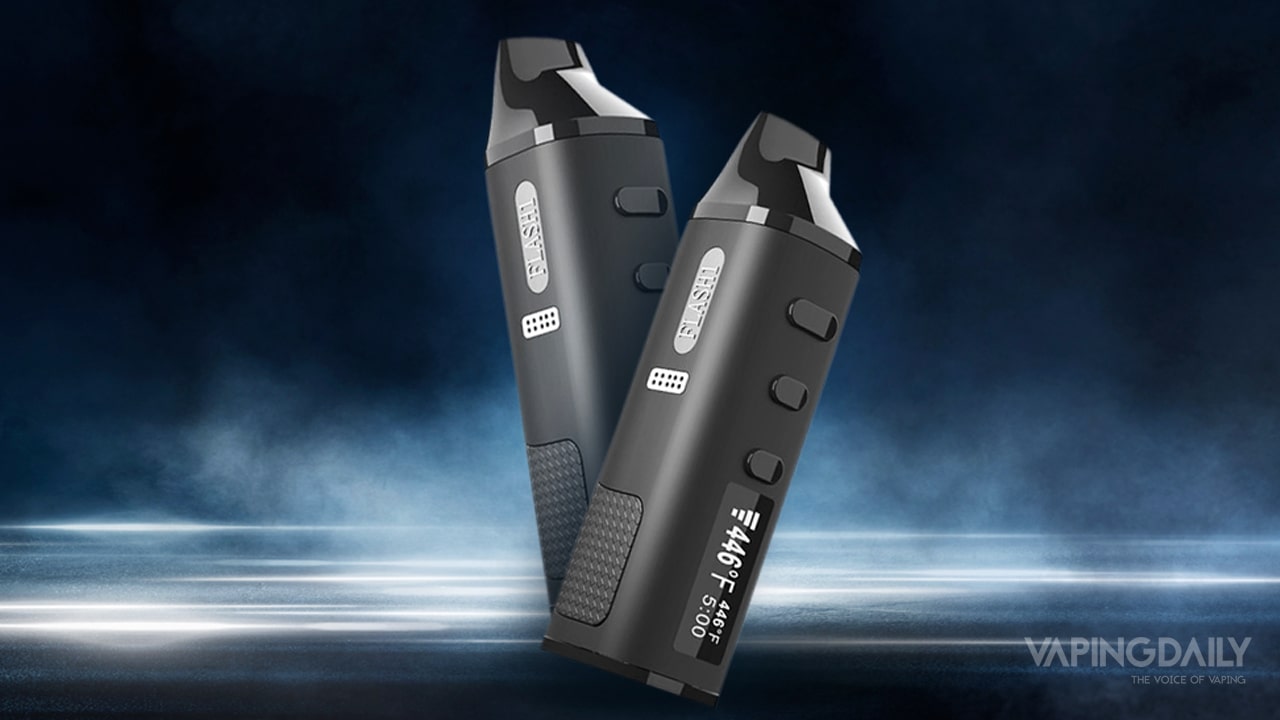 The Flash is that device: the one you don’t spend a lot of money on, that performs very well, but won’t set you back hundreds of dollars if it gets a drink spilled on it, and it up and dies on you.

So while it screams out “mass production” the Flash does have all the ingredients to deliver an enjoyable vaping experience. It is 2-in-1 ready because it comes with a separate canister for wax and concentrates that you just have to fill and drop into the ceramic heating chamber. The mouthpiece, while attached with magnets, does come off relatively easily but also stays in place when it needs.

Taking off the mouthpiece you see the chamber underneath which is pretty deep for such a small device. I gather you could easily fit at least a half a gram in there if you pack it in fairly tightly. The Flash uses a convection heating oven to power its vapor, so you want to get in enough material and still pack it in lightly.

I ground up my goods and filled the chamber up and only got the mouthpiece within an inch of the top, which then took control and Jedi mind-tricked the mouthpiece back into place. So there’s a pretty strong magnet in there!

Once you’ve got all your materials packed and loaded, turning on the LV Smoke Flash, you need to click the power button five times and then set the temperature. When you set the temperature, the indicator light will turn a solid red, until that temperature is reached which will then turn the light blue and you are ready to vape.

The instruction manual suggests you use the highest temperature (446F) for waxes and a little lower at 400F to 420F for herbs. I had loaded herbs into the chamber, so I decided to start even at 400F and then go up from them.

I set my temperature, waited until the light turned blue and then took a decent-sized hit. Poof! I felt a great, satisfying throat hit while I was still inhaling, and when I couldn’t anymore, my exhale lasted for at least a good five seconds. 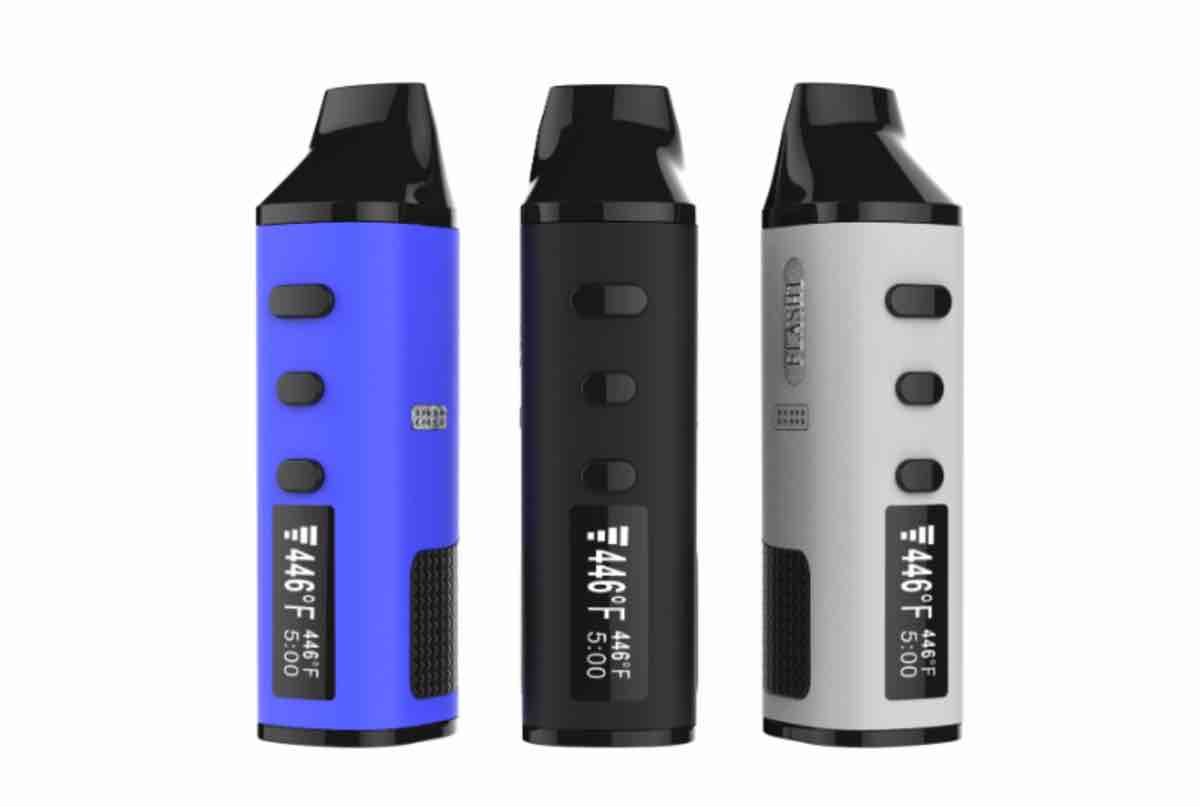 I was amazed by the cloud production on such a small device and below the recommended heat setting. Moving the temperature up gave me only thicker and heavier clouds, without the device getting overheated, which I think was helped by the protective rubber casing.

In any case, my first session lasted for about eight to ten minutes, then I unpacked my material and saw a consistently cooked product; all brown and intact, without so much ash or singe, which was a great sign of how well the conduction oven worked to heat your material evenly.

It’s hard to think of something that performs so well and comes in an inexpensive package. Most dry herb vaporizers that perform as well as the LV Smoke Flash are hundreds of dollars and even more, so it was a challenge to find a quality device for less than $40.

So I had to go back into the archives and compare the Flash to the V2 Pro Series 3, that other 3-in-1 device that rocked the vaping world … back in 2014, and now retails for about the same price as the Flash, $40. 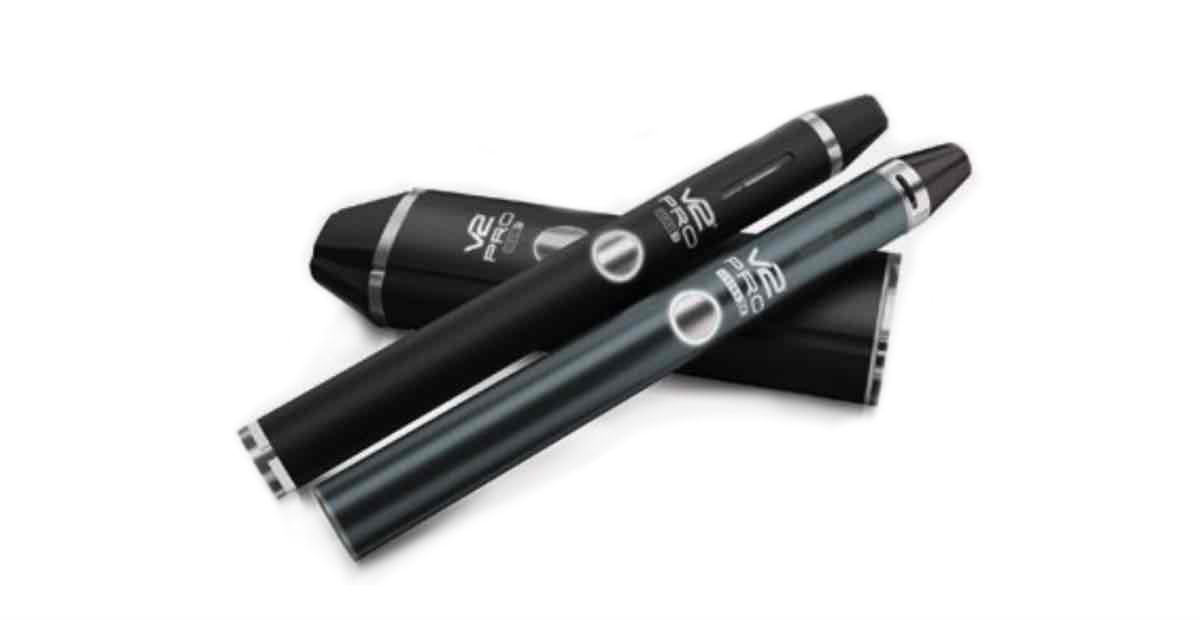 The V2 Pro Series 3 has a lot going for it, and can still hold its own against many new vaporizers in terms of performance and durability. The LV Smoke Flash can also vape waxes (although I was fresh out) but not e-liquids, which the Series 3 can. But the Series 3 is also more of a pen vape, and its size makes it more than portable.

So even with the similarity in price and performance, I think the Series 3 can still leave bulky, cheap machines like the Flash in the dust.

The LV Smoke Flash defied my expectations. I saw it the first time and I already felt the succession of dry, nasty hit that it would deliver straight into my vape hole. I made that assumption simply on the way it looked. But I was wrong. It worked easily; it was easy to clean and get started and performed surprisingly well.

I was able to adjust the temperature to my liking using the temperature controls and found my precise sweet spot around 410F and 415F, and the superb vapor production did not stop until I finally had to put the Flash down.