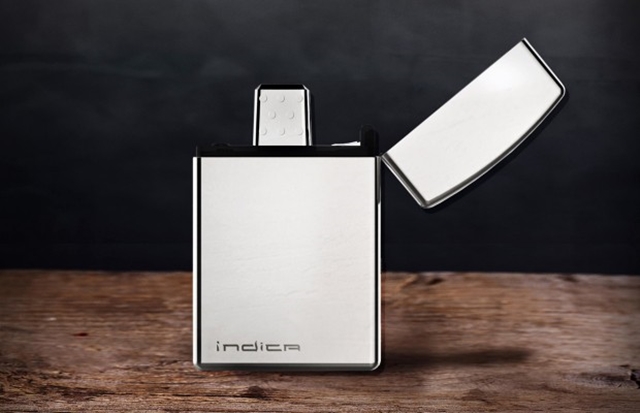 It looks like a zippo lighter, but does the Indica provide a decent vaping experience? Or is it just a gimmick with no real value? We have the details below.

It’s a cool idea and it works very well, but the price tag is super high for what seems to be a novelty item. 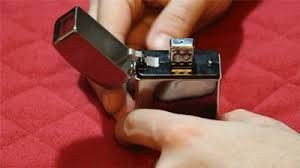 The thing that grabbed us about the Indica right away was its design. It looks just like a Zippo flip open lighter, albeit slightly bulkier than what you would normally see. This is part of the ongoing trend among vaporizer manufacturers to disguise their vapes as something else. That makes it ideal for people who like to vape out in public but don’t necessarily want everyone to know what they are doing. After all, a lot of people and establishments frown on the habit.

Now that being said, you probably aren’t going to fool anyone that takes a closer look at the unit. It’s pretty large compared to the average lighter, and once you start using it, all discretion is going to go out the window. No one sucks on a lighter, after all.

The flip open design is a convenient one. Once you open the unit, you can see the mouthpiece sticking out of the top. This ensures that he mouthpiece isn’t just hanging free in your pocket and collecting debris. Keeping it covered is the ideal way to package your product.

The Indica comes with the requisite charges as well as some cleaning tools. The way the packing chamber is designed, it is easy to lose a few pieces of herbs into the sides, but you can take them back out without much trouble with the included tools.

The Indica comes with five different heat settings. These range from 340-412 degrees Fahrenheit. That’s plenty of variety for most people, and you shouldn’t have much trouble finding a comfortable setting for whatever you are vaping. We found that somewhere in the middle was best for us. The lowest temperature tended to create mostly hot air while the highest heat setting tended to cook through the herb too fast and sometimes burn it and turn it black. The indicator lights change color from blue to red as you turn the heat up, so you never have to wonder how hot it is getting.

The herb chamber is really small and only fits about .3 grams. You may find yourself having to reload it within the same vaping session. That could be a problem for some users who like to vape for a long time.

The vapor production is perfectly acceptable for the size and price point of this device. It’s not going to blow your mind, but it won’t disappoint. The rubber mouthpiece does a great job of reducing the heat from this small vaporizer. Some people might not like the taste of the rubber, but it wasn’t a deal breaker for us. We would have preferred a silicone mouthpiece, to be honest, but it works fine for what it is.

The unit is made from quality parts. There’s nothing cheap about it, and even if you drop it, there shouldn’t be any real damage to it. You can tell just by holding it that it is a sturdy device and that no corners were cut just to save a few dollars.

It takes about 12 hours to charge the Indica initially. But after that, it only requires around 3 hours to charge it up all the way, and you get around an hour and half of charge afterward. That’s pretty great for a portable vaporizer, putting it above a lot of the competition.

Pros and Cons of the Indica Vaporizer

We were impressed by a lot of things about this vaporizer. It is definitely more than a novelty item, but the lighter look definitely has its advantages. Even though it is bulky for a lighter, it is compact for a vaporizer, coming in at only a few inches.

The vapor production isn’t on par with the very best models, but you have to sacrifice a little performance to get all these features into this size of a vaporizer. That’s also why the herb tray suffers from crowding.

All of this is not enough to make us say no to the Indica. We think it does a great job of offering something different and making the most of its limited space. 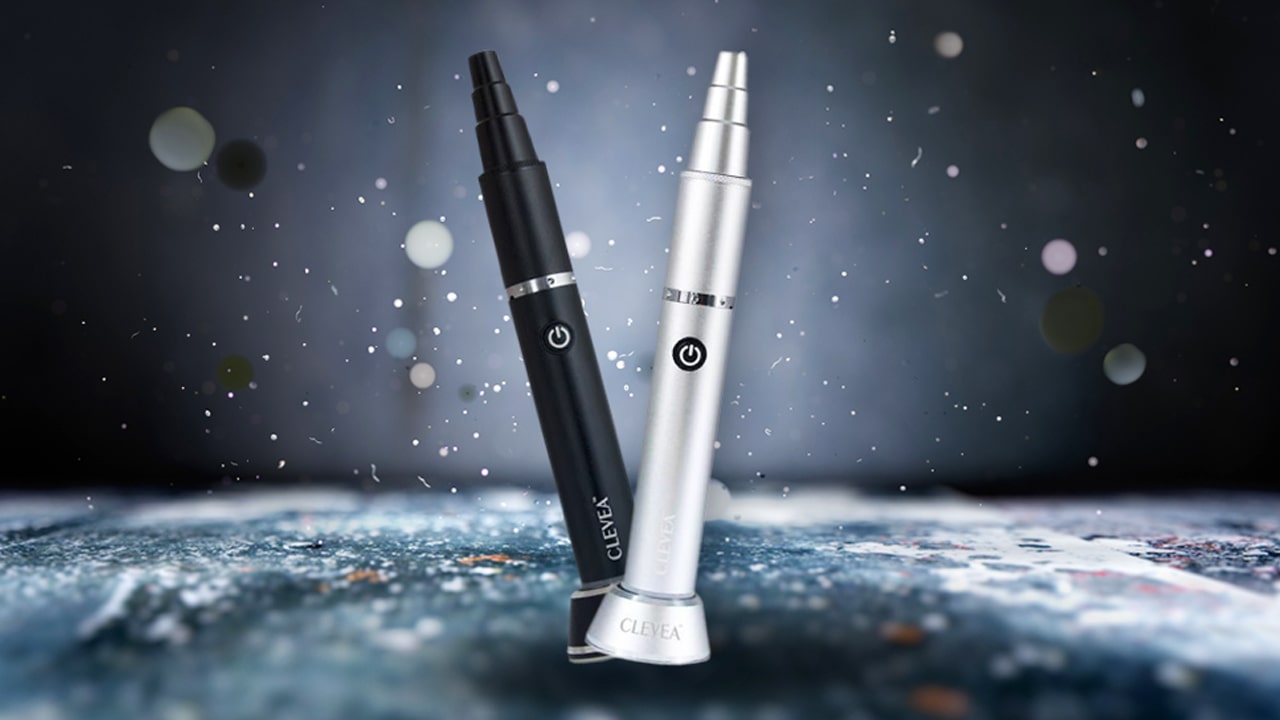 November 22, 2017
The Clevea Vaporizer is a dry herb vape mod that can also vape other materials within a solid metallic build. Read our review here. 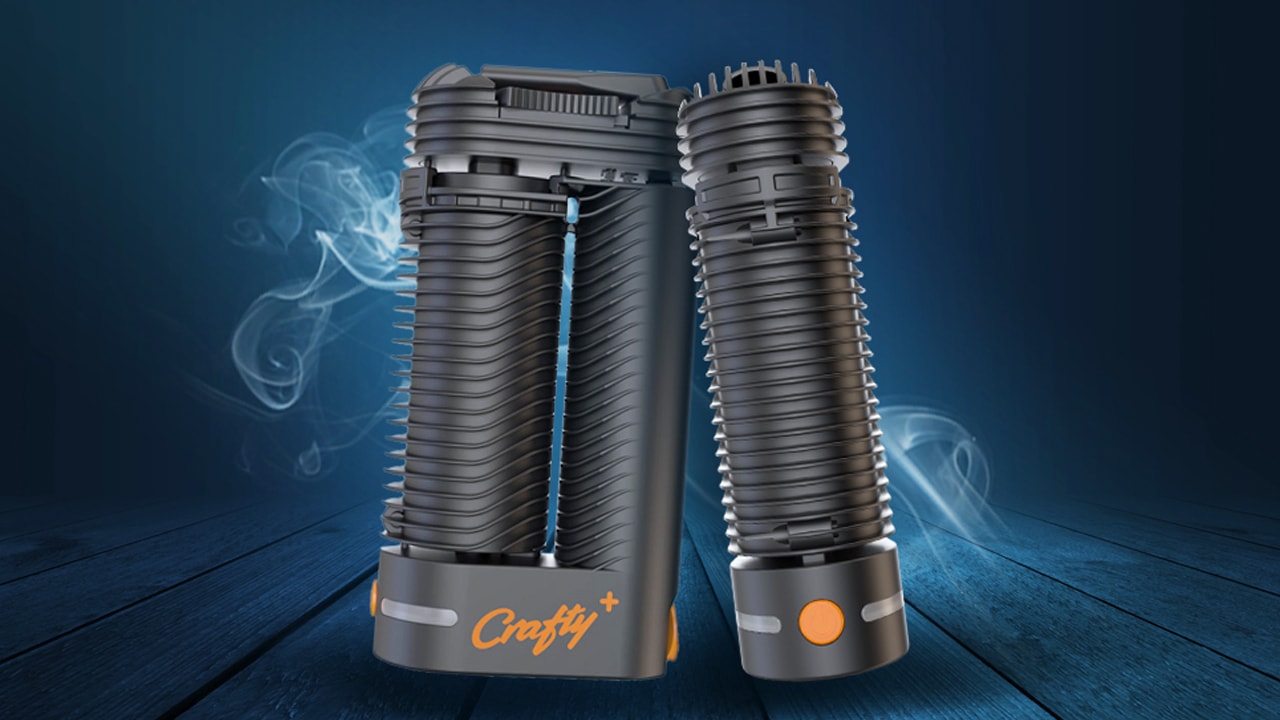 February 23, 2017
Crafty Vaporizer Review. Crafty is a small and easy to conceal vape that uses both convection and conduction heating to produce vapor.