The FocusVape Pro comes to us from a European manufacturer, FocusVape, that had previously released the FocusVape pen a few years back and have now released the Pro version. This update to the previous model features a removable 18650 battery that has a powerful 3200 mAh capacity.

The whole mod is covered in a gel-like casing that both acts as a protective casing and a handy grip to prevent the device slipping away from you. The mod can come in different colors. 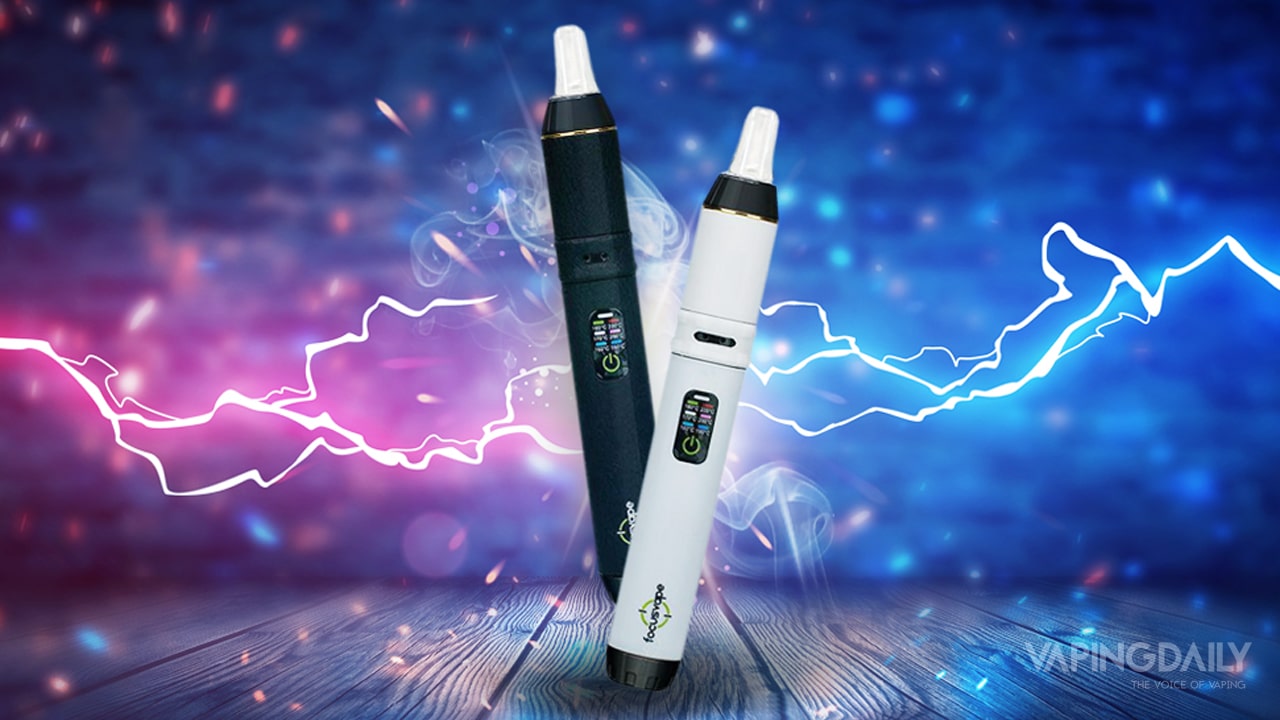 The pen-style vape is intended for dry herb vaporizing, and it features a ceramic-lined conduction oven inside the device. The mod has three distinct temperature settings, and when the ideal temperature has been achieved, the FocusVape Pro starts vibrating to let the user know its ready.

I, for one, have been advocating more communication between mods and their users, so I’m happy to see that the FocusVape Pro has opened the lines of communication.

I’m usually vaping while doing other things, so as I set my device to heat, I sometimes forget about it and then when I do, the automatic cut-off has kicked in, and I have to start the whole process over again. So a little notification shake was a good thing for forgetful or busy vapers like me.

In your FocusVape Pro package, you will receive:

I was happy to find that I could start using the FocusVape Pro right away since it already came half-way charged from the factory. But that only lasted for about a half an hour, and then I had to charge the device anyway.

Holding the device in my hand, I was surprised by how lightweight it is, despite the humongous battery inside. Most of the body and other components are made from a high-grade material like ceramic and glass, so neither your product weight or flavor production are compromised.

It’s not the best-looking device I’ve seen. It was rather long and inconspicuous, but its tight grip and sturdiness did lend themselves to making the FocusVape Pro a great portable device, at least regarding durability.

The outer silica gel casing was a great design and functional addition, since it protects you from the heat inside and also resembles a nice leather finish. A lot of the small details about the FocusVape Pro impressed me the most.

I noticed the three optional airflow valves running right below the connection between the mouthpiece and the battery. The device twists left and right to adjust the airflow.

Then there was the prominent OLED display which reads-out the battery and the temperature level. The temperature can be controlled by the up or down buttons on the bottom of the screen, and it ranges from 176F to 464F.

I unscrewed the mouthpiece from the battery, which has standard 510 threading and was surprised by the gold plating along the ceramic chamber’s rim. It stood out and contrasted well with the black model. This pen was built with exceptional craftsmanship and with the best materials around.

After a charge time of close to two hours, the FocusVape Pro was again ready to use. The mouthpiece unscrews to reveal the ceramic heating chamber, which I would guess could contain at least a half a gram worth of materials. I packed in my material tight to make sure no air pockets affected the overall bake.

I saw that the outer ring of the chamber had no crevices or openings, which meant that none of my material got left in there to fry, which then makes cleaning a hassle. Any excess material was easily brushed off.

I screwed the mouthpiece back on, (the mouthpiece also has a filter built into to it, just to be sure) and clicked the firing button three times to turn the device on. You can change the temperature setting by individual degrees, which made for a great, precision vape.

After setting your preferred temperature, the unit takes about twenty seconds to reach it and then notifies you by vibrating.

The twenty-second wait time for the chamber to get hot was well worth it in the end. The draw was magnificently easy on the mouthpiece. I played around with the airflow valves and felt a big difference regarding vapor quality with the valves open all the way allowing for fresher vapor.

How It Stacks Up

When I got through vaping with the FocusVape Pro, I immediately recalled only one comparable device: the Mig Vapor DRAY. They are both dry herb vaporizers that sell at around the same price, they both have precise temperature control and are compact. 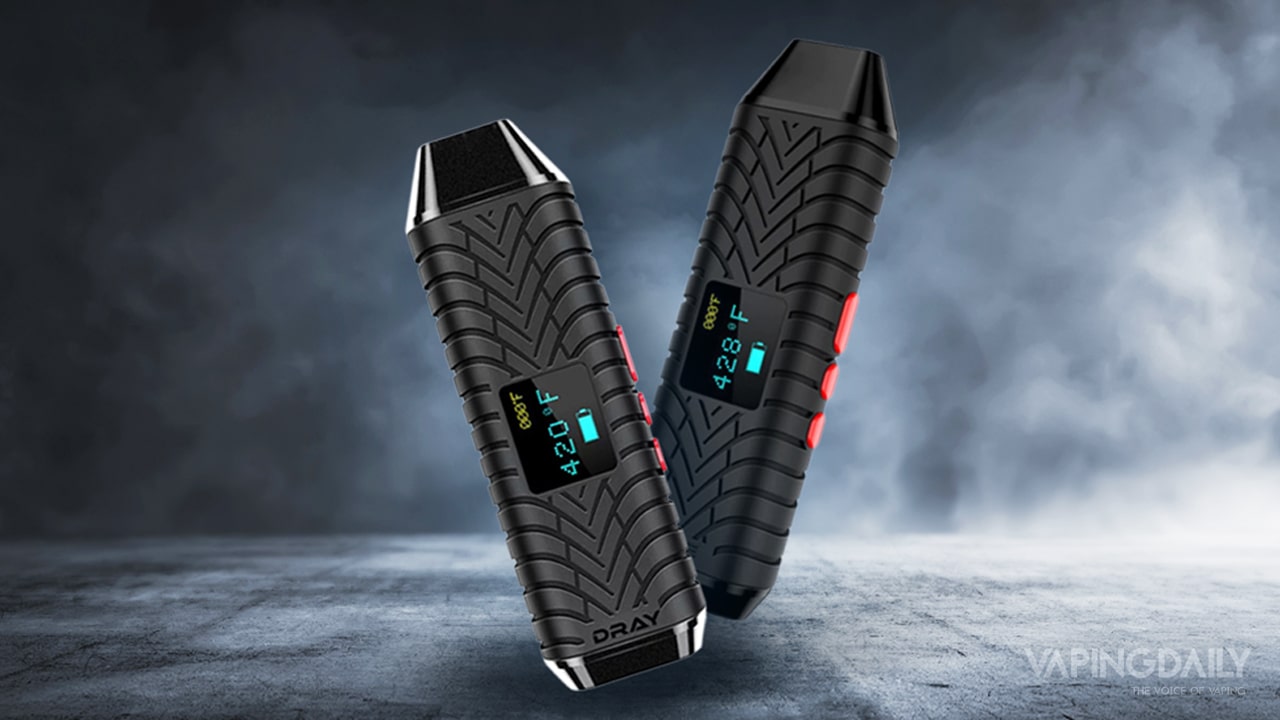 The Mig Vapor DRAY does have a slightly larger temperature range than the FocusVape Pro, and they are both sturdy and rugged looking devices; they can both take a lot when it comes to usage.

I think this contest comes down to vapor and flavor production. But even then, it’s too close to call. But for the inclusion of three air holes to customize your vapor, I give the FocusVape Pro the title.

The casing material was a brilliant stroke from FocusVape. It adds immensely to the Pro’s design profile, while also playing important functions like the grip and the heat protection.

There wasn’t anything I can call as the disadvantage of  the FocusVape Pro except the short warranty on vape. It performed incredibly well; it has an ample loading chamber, the mouthpiece, and body of the device were all well-designed and built.
I was thoroughly impressed. Nothing bad to say. And yet it’s not the “perfect” dry herb vaporizer. It more like an amiable, well-wisher you see once in awhile that you can’t say anything bad about, but he’s not your best friend either.

The preciseness of temperature that you can achieve with the FocusVape surely gives credibility to the company’s “focus” on great vapor production.

The inclusion of the super easy-to-use airflow options was a Godsend especially since a feature like this is so rare to find on dry herb vapes.

I think my final verdict is clear. I liked the FocusVape Pro a lot. It feels great to hold, and it’s not so hard on the eyes either. The performance of the Pro was adequate and got more impressive with the option to change the temperature. I found that hovering somewhere over 375F was great for producing supreme vapor.

FocusVape offers a bevy of accessories and add-ons on their website for the Pro model. It means there is no end to the ways you can entertain yourself with a veritable toy chest of goodies. Consider a water pipe attachment, an oil and wax canister to turn the Pro into a 3-in-1 device, or a “herb bullet” that lets you vape on the down low with pre-filled herb canisters.