The Arizer Air portable vaporizer is the latest Arizer products line, following the very well-liked Arizer Solo. However, it is the smaller version of the Solo and is much more discreet than the previous models by Arizer.

The Arizer Air vaporizer features a sleek, black matte finish, much like its predecessor. However, it also has multiple new features. This dry herb portable vaporizer is for anyone and everyone. It is straightforward to use and doesn’t take any finessing. In this Arizer Air review, I’ll go through many of its features and talk about just how well it stacks up to others at its price point. 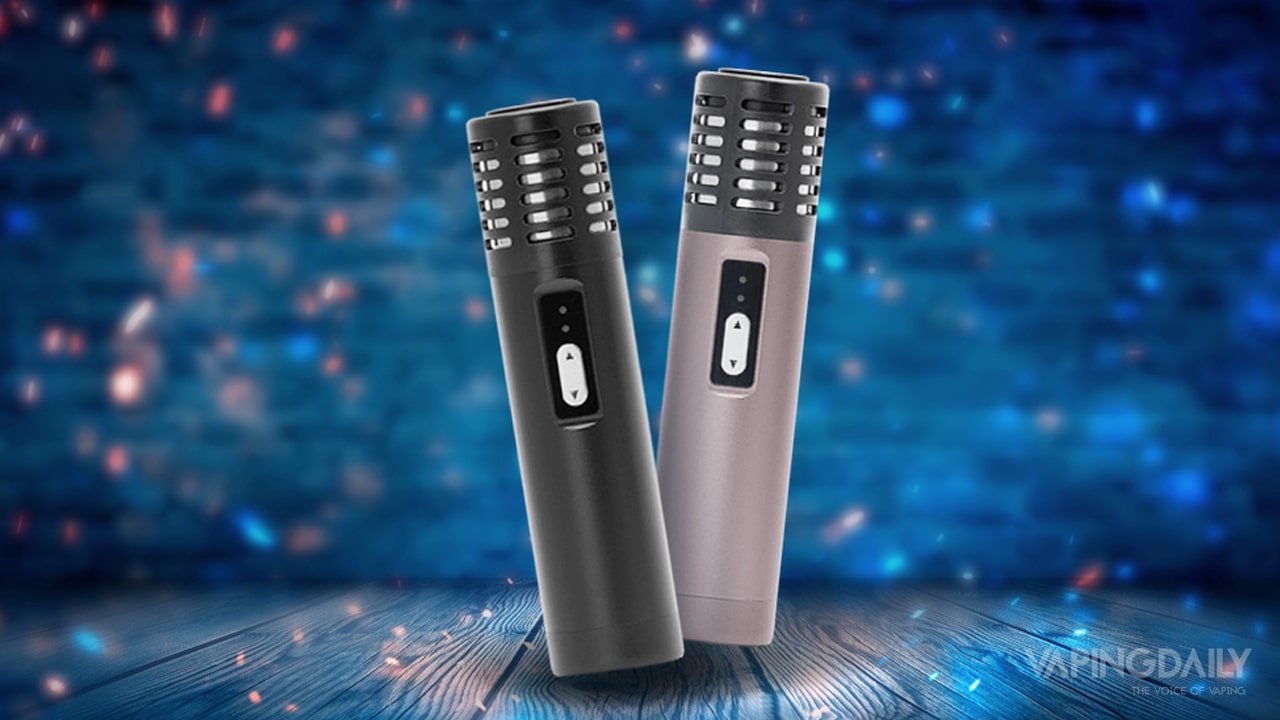 As I said earlier, the Arizer Air is a smaller, more compact version of the Solo. It makes you wonder why they just didn’t go with the smaller model, to begin with. We know the Solo for its bulky, almost pill bottle shape. As a result, it wasn’t easy to hold in places like your pockets without it looking very obvious. They fixed it with the Arizer Air, looking much more streamlined and being about the size of a tall battery. The mouthpiece is a lot like the Solo, except thankfully, it isn’t long as it was before.

With the Solo, the mouthpiece is glass and very long. Therefore, it was straightforward to accidentally bump it off a counter and break it in half. While the mouthpiece on the Arizer Air is still fairly long, it is nowhere near as bad as its predecessor. It’s long enough for the vapor to cool down but not too long to become fragile.

How to Turn off Arizer Air?

Press the up/down button together for at least five seconds to turn off the Arizer Air vaporizer.

Yes, the Arizer Air is safe. The Air features non-toxic materials in its construction. But users should always be careful to use any battery-powered equipment with care and attention.

Which is Arizer the best?

Arizer has many quality products in their catalog, so it is difficult to say which of them is the best. In addition, the company has stationary vaporizers and portable vaporizers. All of them cater to different needs.

Does the Arizer Air smell?

The Arizer Air does not smell, but the vapor it produces can have a unique smell. But cannabis vapor is not as pungent or heavy as smoke.

The heating element of the Arizer Air is made of ceramics. The dry herb vaporizer features five different temperature settings. The Air allows you to pick from a range of between 338 and 410F. The temperature range is condensed because the Air vaporizer is more for dry herbs. At the same time, the Solo (with seven temperature options) had a wider range of products it could use. More experienced vapers like to start with the green setting (around 390 Fahrenheit) and escalate from there. Consequently, it starts your session with a punch. After allowing you to feel it much faster than you would, starting on the blue setting.

However, the newer, relatively smaller glass paths bring up a few problems that weren’t originally there. They boast an all-glass vapor path feature. Unfortunately, it goes out of the window when there is a plastic screw on the mouthpiece. However, the fact that the stems are much smaller than before makes up for that fact. You can fit about 0.2 grams of dry herb, which is just about enough if you plan on going at it alone. You will need more if you plan on having a group session. Additionally, you can still change the glass stem out and replace them with the stems from the Solo. This is because they haven’t changed.

The Arizer Air has a new battery, most likely because the battery for the Solo didn’t fit its frame. As a result, the battery life has dropped pretty significantly from the Solo. However, it is now removable, which makes it much easier to take it on long trips. This way, you won’t need to charge it while hiking. Of course, who wants to get stuck with a vaporizer that doesn’t allow to swap the battery anyway?

Moreover, the Air recently released a charging dock. This is great if you want to have a setup with all of your vaporizers that you have. If you have sub-30-minute sessions, you can get around four or so sessions out of it. We think this is more than enough. It takes around 2 ½ hours to recharge from the dead, closer to the long side. However, it offers pass-through charging after its been charging for about 20 minutes.

The accessories on the Arizer Air certainly sweeten the deal. The Air comes with three different glass stems (not to mention if you have the Solo, you can also use those). You also get a great carrying case that you can attach to your belt. In addition, Air has protective skin made of silicone. This makes it MUCH harder to break your device if you drop it. The skin also makes it much easier to grip.

It also makes it much cooler to the touch than it would originally be when dealing with the higher temperatures. 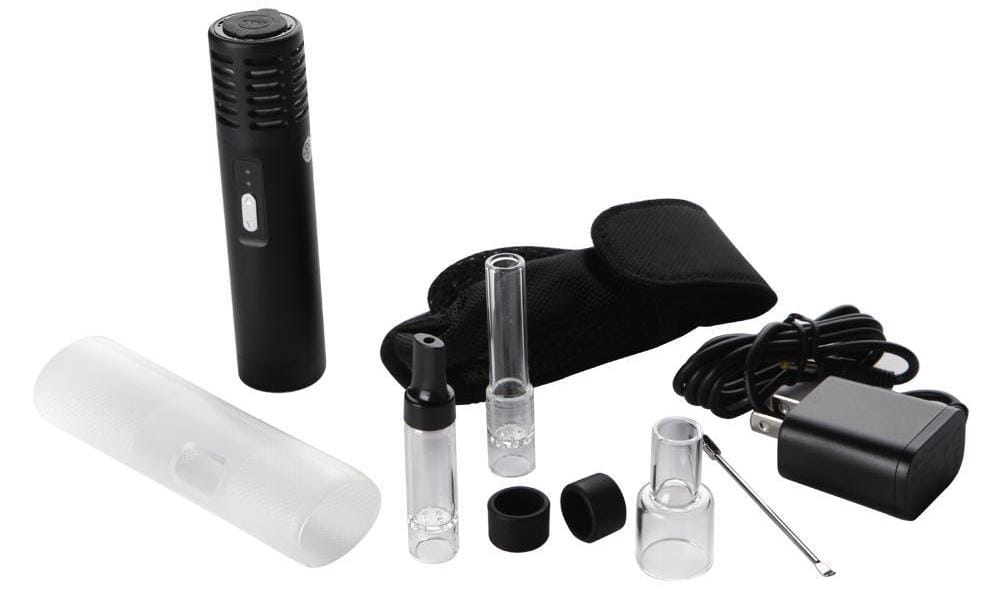 The Arizer Air portable vaporizer is very deceptive in its small package. You would think that when you take a hit from it that it wouldn’t punch you in the face as it does. However, the power compared to the warm-up period is almost unrivaled. Furthermore, if you’re looking for the most bang for your buck, the Air is your best bet. Finally, there are claims that some vapor leaks out of the connection between the mouthpiece and the vape. However, we didn’t experience this problem.

Cleaning the Air is also a point of contention. The glass tends to become yellow after using it for more than a few sessions. I’ve read online that some people boil it in milk. So I just clean it thoroughly with a cotton swab and some alcohol. I try not to leave any cotton residue in the pipe. 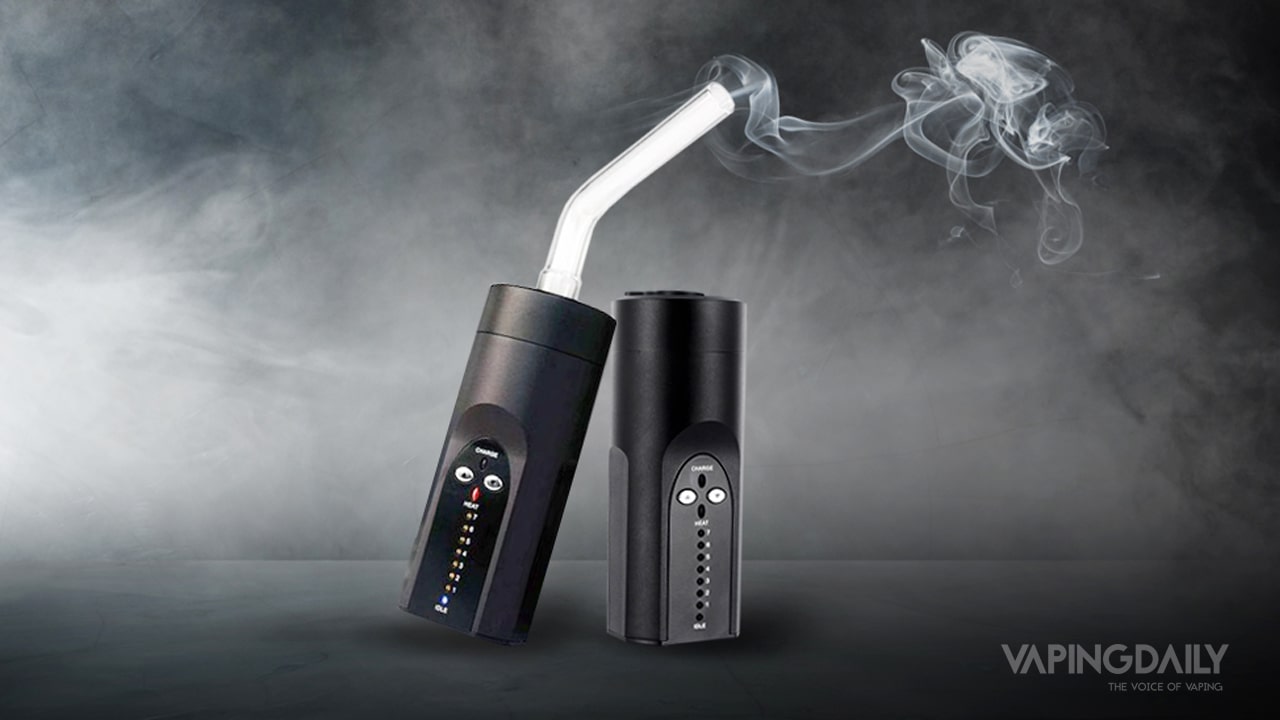 The Arizer Solo was one of the first products the company ever released. It features an internal battery with a precision temperature control interface. It ranges between 200-420F. The Solo has a unique build and uses an isolated glass airpath as a combination mouthpiece and material chamber. The Solo II has both convection and conduction heating styles. Its isolated airtube means that vapor quality and flavor are increased. The device has an easy-to-use OLED in front and has fast charging times for its internal battery. 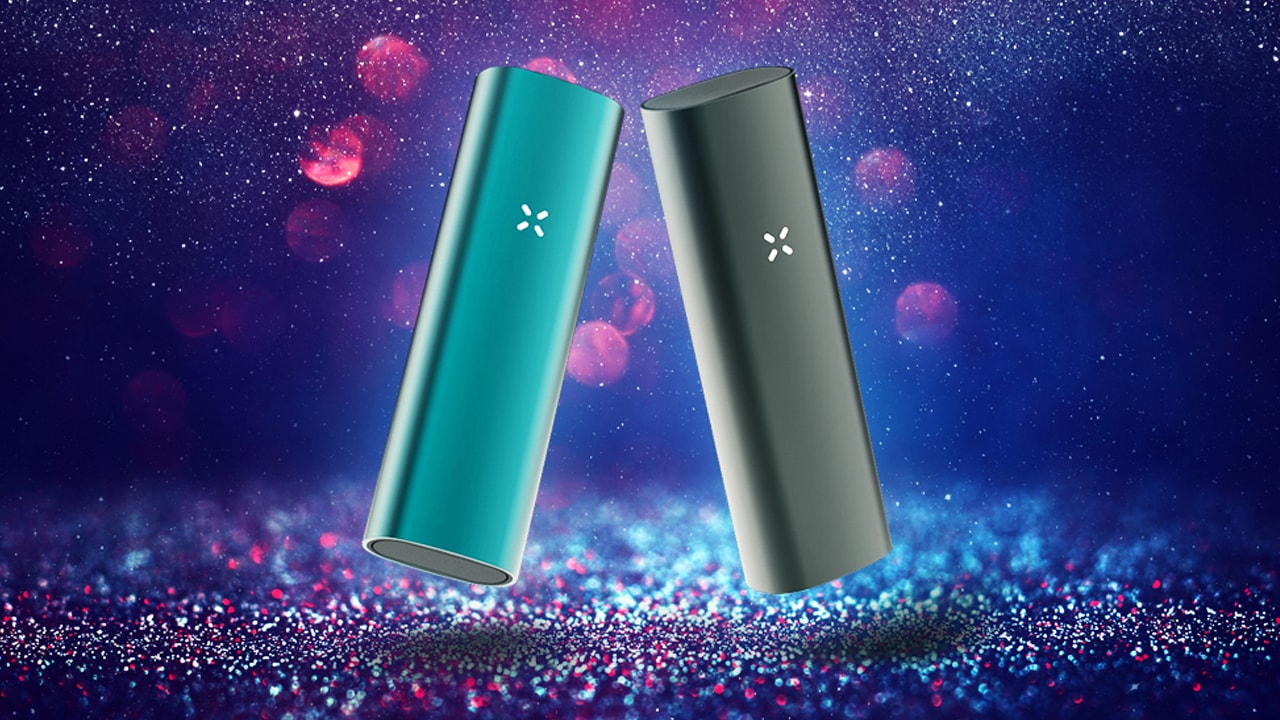 The Pax 3 is the newest Pax vaporizer that now supports both dry herb and wax concentrate. The device features a button-less exterior save for the single power button. It allows users to switch between the four pre-installed temperatures. In addition, the device features a bottom-loading material chamber made of stainless steel. Also, it uses an unobstructed vapor path. The Pax 3 is also Bluetooth compatible and can be controlled with an accompanying app available only on the Pax website.

Should You Buy Arizer Air?

If you were annoyed with how bulky the Solo is but like its performance, you’d love the Arizer Air. It took all of the Solo’s best features and made them better. Meanwhile, they placed it in a smaller, sleeker package. That said, if the Solo’s size isn’t a problem, then upgrading to the Air might not be worth it. It is expressly meant to replace the Solo while also creating a new experience for others.

If you never owned the Solo and are just looking for a top Vaporizer, the Arizer Air is worth looking at. The unit justifies the $149.99 price tag. Fair enough, there might be cheaper options, but you will be sacrificing quality and performance.