The Wismec Theorem is the result of a collaboration between famed vape designer JayBo and popular YouTube reviewer Suck My Mod. The RTA, if it can be called that, uses an elevated deck. It has a camel-back style deck that has a raised Cyclops lead terminal, with two on either side of the central terminal.

The Theorem tank also comes with several pieces. It features an all-glass tank section that can hold up to 2.7ml of e-liquid and has a plug n’ play assembly as the top cap can be press-fitted into the tank.

Closer Look at the Wismec Theorem

The Wismec Theorem, at first glance, does and does not look like a typical RTA. It has the shape and features of a regular RTA with a few twists. The first thing users notice about the Theorem is the all-glass tank section that gives users full visibility of the deck inside. The deck is supported by a single column that attaches to the coil base.

The other interesting piece of the five-piece tank is the airflow control ring if you can call it that. Airflow comes from the top of the tank and users have two separate options that can give them either dual or single airflow vents. The main airflow ring connects with two separate pieces, one is the single airflow and the other makes the airflow dual. Depending on their preference, vapers can attach either of the rings on top of the main airflow ring by screwing on the top cap. 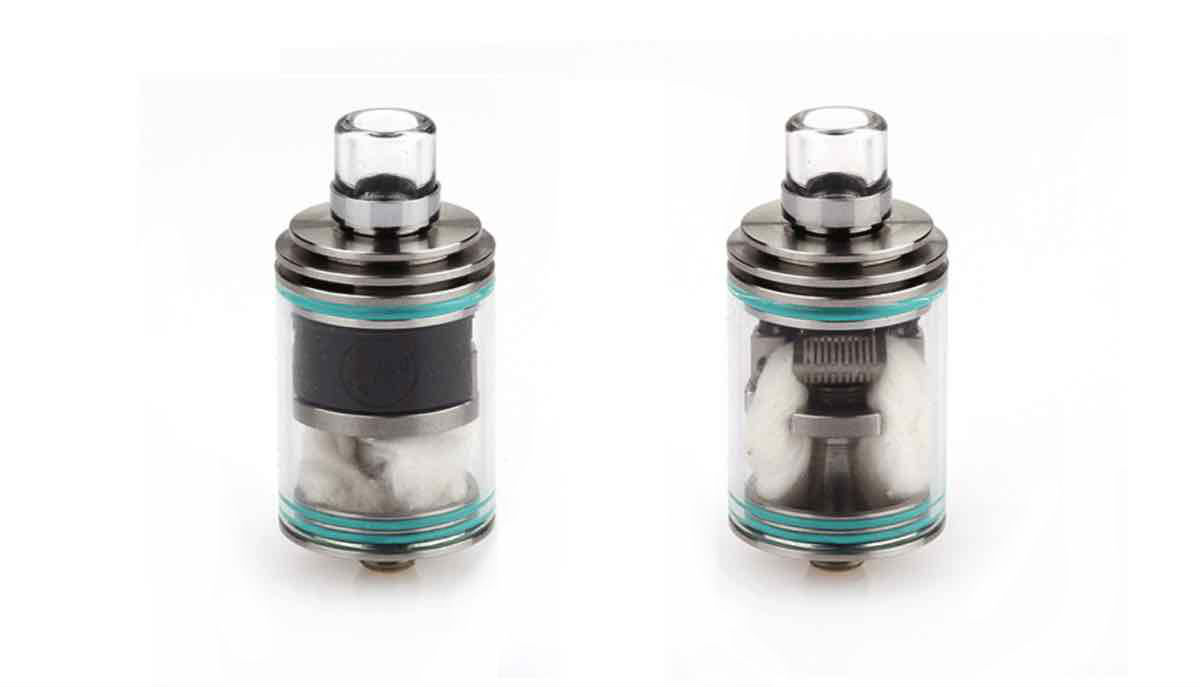 Not to mention that they will be doing this mid-vape, with a full tank of e-juice and a coil build inside, making adjusting the airflow even trickier. Moving from the airflow control mechanism, the Theorem also comprises a top cap with an all-glass drip tip. The build deck inside the tank features a Cyclops lead terminal seated above two lower lead terminals on either side.

The Theorem is a one-of-a-kind piece so it comes with all the important parts users need to get started. There is the RTA itself that comes assembled but does disassemble into different parts. Along with the main tank, there are also things like coils and tools to help builders mount their coils. 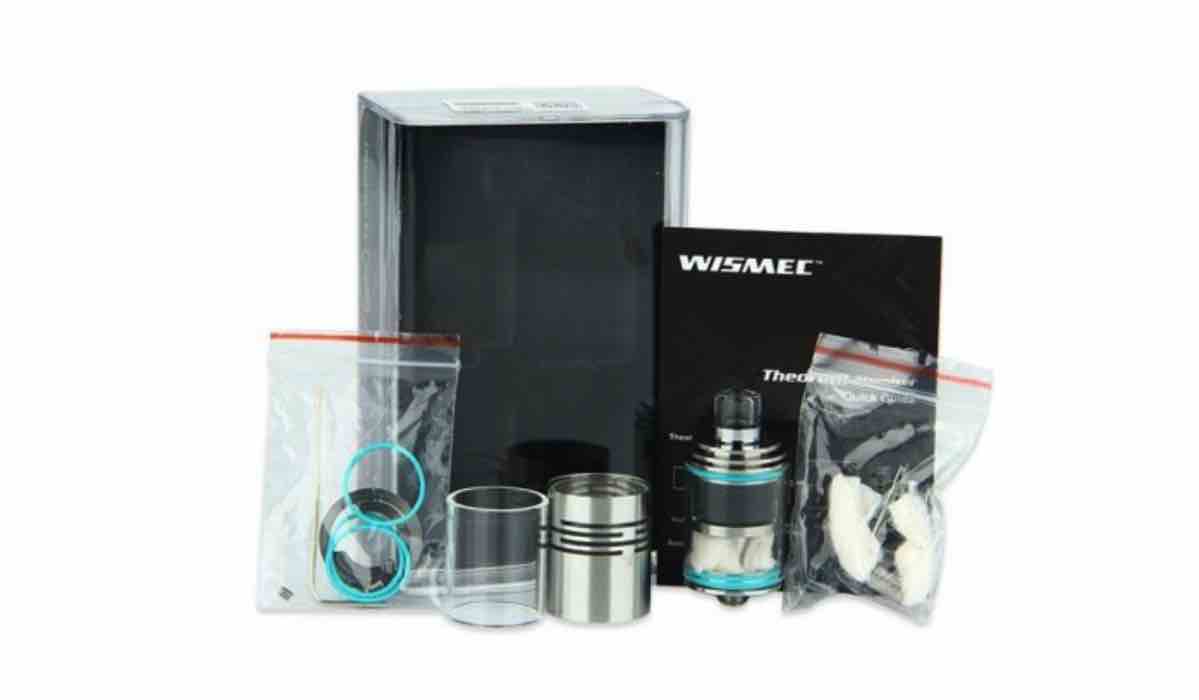 Here’s what to expect from the Wismec Theorem kit:

The Theorem RTA has some unique design features that are innovative but not very user-friendly. The tank consists of several pieces working together instead of one single block like with most RTAs. The all-glass piece is somewhat of a first for an RTA, as designers usually opt for a sturdy, all-metal top cap.

The glass piece fits over the o-rings on the coil base and it has a snug fit. There is very little play, which is good because even a small crack in the seal could lead to e-juice leaking everywhere. Leaking is also an issue because of the top airflow rings. There’s no way to close it off completely unless the user does so by removing the top cap and closing the vent, which some vapers may forget to do. The airflow control rings and build deck are all stainless steel so they are good quality.

The kit also includes a stainless steel sleeve that users can slip over the glass section if they want to add a layer of protection. The steel sleeve does give the RTA a whole new look, but some vapers may miss the see-through glass that shows their coil build in action. The build deck, which we’ll talk about more, later on, features top-secured lead terminals and can support single or dual-coil builds.

Wismec Theorem: Building on the Deck

The Wismec Theorem kit includes two Kanthal Notch coils, which are a new design. The entire build deck measures just under the tank’s 22mm (0.86”) diameter, so it is a small space on which to build. The three lead terminals take top-screws, which makes sense given the deck’s configuration.

Using the two provided Notch coils is the most convenient way to get a build onto the deck, but they seem a little big for the small space. When users replace the glass tube, it scratches against the coils and makes it a tight fit. Still, using only a single Notch coil gives off good flavor and they also last a very long time. 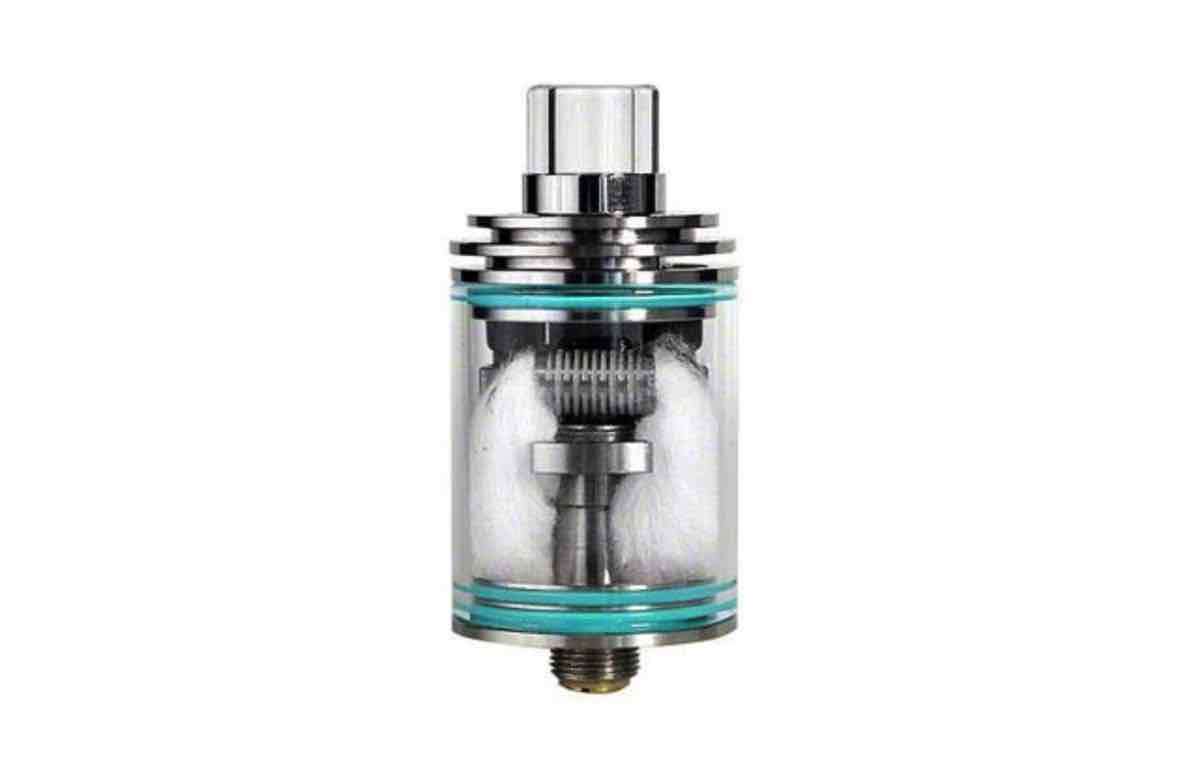 The layout of the deck is interesting. It has two negative lead terminals on the bottom while elevating the positive terminal so users can play around with different coil builds like horizontal, or vertical coils. The lead terminals do not take up the full space of the deck, as the other half is where the fill port is located to fill the tank.

There are usability issues with the Theorem RTA, but most vapers will enjoy the ingenious design. It is not meant to be a simple, beginner tank. The Theorem, designed by expert vapers and reviewers, is meant for vapers who have had some experience with building their coils. It is not difficult to use the tank, but it does have a learning curve.

Mounting coils is not that hard. Users have a lot of choices thanks to the versatile build deck. Using the Notch coils provided, the tank did put out a lot of quality vapor. Vaping at around 80-85W, with a 0.18ohm build, gave the vapor the right amount of warmth while maintaining a well-defined flavor profile. 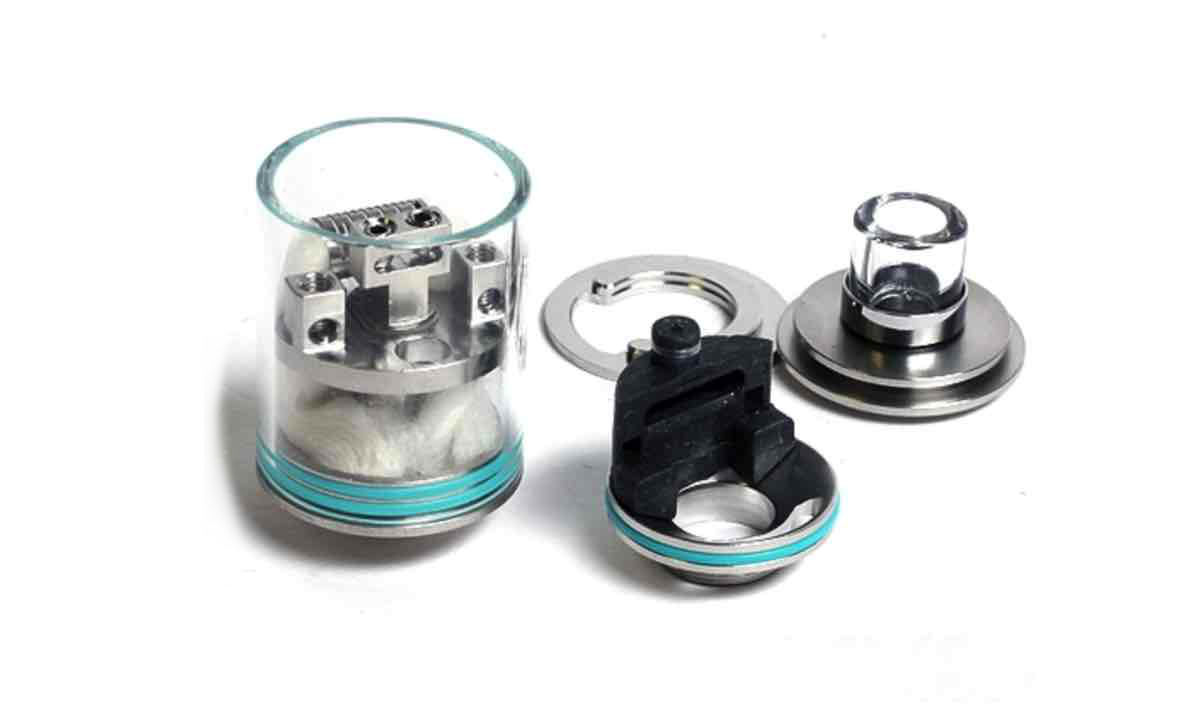 The airflow control ring can present a challenge. It needs to be manually changed, which makes it inconvenient compared to other, simpler designs. The entire top cap needs to be removed, including the drip tip to adjust the airflow. Of course, you can set the airflow before you start vaping and leave it that way, but changing it requires more effort than you might be willing to give.

The GeekVape Zeus Dual RTA is a 24mm in diameter atomizer that features a postless deck with four lead terminals. The Zeus Dual RTA features a side-secured design that lets users install both single and dual coil builds on the all-stainless steel deck.

The entire RTA can hold up to 4ml of e-liquid and the Zeus employs a top-fill system to fill the tank. There are dual airflow vents at the top that are fully adjustable. The Zeus Dual RTA also comes with both a 510 and 810 Delrin drip tip that is fully removable.

The Vandy Vape Kylin RTA is another tank designed by a vape reviewer and uses a unique postless build deck that also has four lead terminals built-in to its design. The Kylin V2 features a bottom airflow system that has even more airflow channels inside the tank. 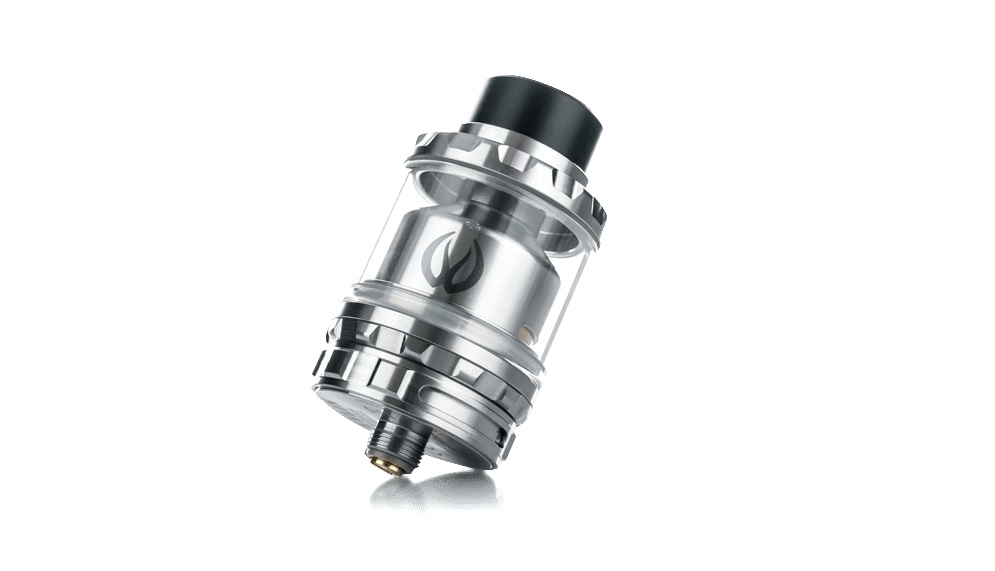 Six air slots feed into eight different air holes inside the tank to evenly distribute incoming air. The Kylin V2 also features a 4ml e-juice capacity and a slide-open top fill system. The tank also comes with two 810 drip tips, one made of resin, the other made from Delrin.

The Wismec Theorem is an interesting design from two veteran vape reviewers and designers. The duo of JayBo and SMM decided to make something that would appeal to people tired of tanks that were too easy to use and needed something of a challenge to use. The build deck gives users a lot of room to experiment and can accommodate many creative coil builds.

The airflow control ring may be a bother to some, but others may see a new design and enjoy using it. It does provide good airflow – either the single or dual ring – but changing it means a lot of unnecessary work. The entire, all-glass structure of the tank also makes it susceptible to breaking easily, even if you put on the all-stainless steel sleeve, which gives the tank another look.

It is surprising that two experienced vapers would make something with so many vulnerabilities and flaws instead of making something superior to other designs. The Theorem is a noble effort, but it is not perfect.