Wotofo Serpent Mini RTA83100
Disclosure: All the RTAs which we review on this website are tested by our trained, paid staff. As part of the review, VapingDaily.com links directly to the product or brands so that you may purchase directly from the provider. We receive commissions from these providers, however, this does not affect the price you pay, and the commissions we earn help us pay for the costs of running this website. Click here to learn more. Thank you.

Wotofo’s first RTA was the original Serpent RTA. It came out in 2015 (which is ages ago in the vaping industry) and became an instant hit almost as soon as they released it. However, there were issues with the build deck (it was tricky to build on it). In addition, the tank itself was quite tall (which was common during those years). The following year, Wotofo addressed all of the problems that the original Serpent had. In fact, they added a couple of more features. After, they squeezed all of them in a smaller, more compact package. It all resulted in the creation of the Wotofo Serpent Mini RTA.

The Serpent Mini marks the first time that Wotofo came up with a low-profile design for their atomizers. Also, they carried it on over to their more recent products. It’s true that it has been more than a year since the Serpent Mini was first made available. It is still, in my opinion, one of the best flavor-chasing atomizers ever.

The Wotofo Serpent Mini comes in a tidy, little cardboard box. To gain access to the contents, you just need to slide the inner portion from the outer sleeve. Inside the box you will find: 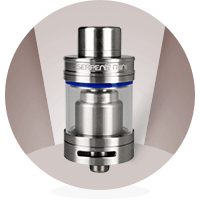 It measures just 22mm in diameter and just 29mm tall from the base to the top of the tank. The Serpent Mini is small even by 2017 standards. This small size gives the Serpent Mini a sleek, low-profile look that many vapers absolutely adore. This tank does not stick out awkwardly when screwed on a mod. However, Wotofo had to cut down the juice capacity quite a bit to compensate for the small size of the Serpent Mini. It can only hold 2.5 ml of juice (it says 3 ml on the packaging, but the truth is it can only hold 2.5 ml). The Serpent Mini has only two color options: stainless steel and black.

They made the Wotofo Serpent Mini mostly of aluminum. Also, the machining quality of the separate parts is excellent. The threads are nice and smooth and has no sharp edges or burrs right out of the box. They press-fitted the chimney and the top fill ports together. As a result, you cannot disassemble them. They milled the build deck itself into the base section. This gives you a stable platform to install your coils. Additionally, the positive post sits on top of a PEEK insulator to prevent shorts.

The dual adjustable bottom airflow slots provide more than enough airflow for the single coil build on the Serpent Mini. Fully opened, the airflow slots provide a nice, slightly restricted lung draw. In some ways, this might be a con for some vapers. For me, I actually like a restricted lung draw more than a fully open one. This way, the airflow in the Serpent Mini is perfect for me.

If there was something that users of the original Wotofo Serpent could complain about, it’s the build deck. The build deck of the original Serpent was quite difficult to build on. In fact, you have to pre-cut the leads a bit shorter than usual, and you have to bend them a bit to fit into the postholes. Wotofo fixed this issue on the Serpent Mini and it is one of the easiest build deck to use. It is even easier than most of the recently released RDAs and RTAs.

The two-post build deck of the Wotofo Serpent Mini just requires you to loosen up the post screws and open the channels. then, you have to lay down the coils so that the leads fall into the spaces in the coils. Then, you will tighten the screws to capture the leads. You just need to make sure that the leads of your coils are stretching out in opposite directions. This is instead of the usual coils where the leads point in the same direction.

My Vaping Experience with the Serpent Mini

As mentioned earlier the build deck of the Wotofo Serpent Mini is super easy to work with. I just need to bend the leads so they point opposite of each other and lay them down on the posts. I am quite experienced at coil builder so I can install and wick coils in the Serpent Mini in less than five minutes. However, I think that even complete beginners can build the coils without too much hassle.

The Serpent Mini disassembles into just four parts (including the drip tip) so it is quite easy to clean. Even though the top fill and chimney sections are press-fitted together. This way, you can clean them thoroughly just by placing them under a running tap. There is one thing that you do need to take note. It is true that you can remove the base of the Wotofo Serpent Mini even if there is still juice in the tank. The O-ring holds the glass quite securely. However, you still have to be very careful. You do not want to dislodge the glass tank or else juice will spill everywhere.

For a small RTA I was quite surprised at just how much vapor it can produce. The wide airflow slots at the base and the 5mm diameter airflow in the deck provides are more than enough for me to chuck, thick clouds. This is doubly surprising considering that this is a single-coil RTA. However, what really made me love the Serpent Mini is the sheer amount of flavor that you get with each drag. The reduced chimney chamber and the shortness of the atomizer itself greatly improves the amount of flavor in the vapor the Wotofo Serpent Mini produces. You might want to position the coil as close to the bottom airflow as you can without touching it. I found that you get more flavorful clouds that way.

What are the Pros and Cons of the Serpent Mini RTA?

If flavor chasing is your thing then the Serpent Mini is the best choice for an RTA. However, just because it is a flavor machine, it does not mean the Wotofo Serpent Mini cannot chuck clouds. It can, but not those large, competition-size clouds RTAs can produce. The Serpent Mini provides the best of both worlds in my opinion. Furthermore, I guarantee that the one I have will constantly be in my vaping rotation.

Are you interested in buying your own Wotofo Serpent Mini? I highly suggest that you do. Then, we have provided a couple of links where you can get the best deals.

May 25, 2017
After the debacle with the Crown II coils, the company came up with a follow up. Let's look at the Uwell D2 RTA. Is this Uwell’s return to glory? Read on. 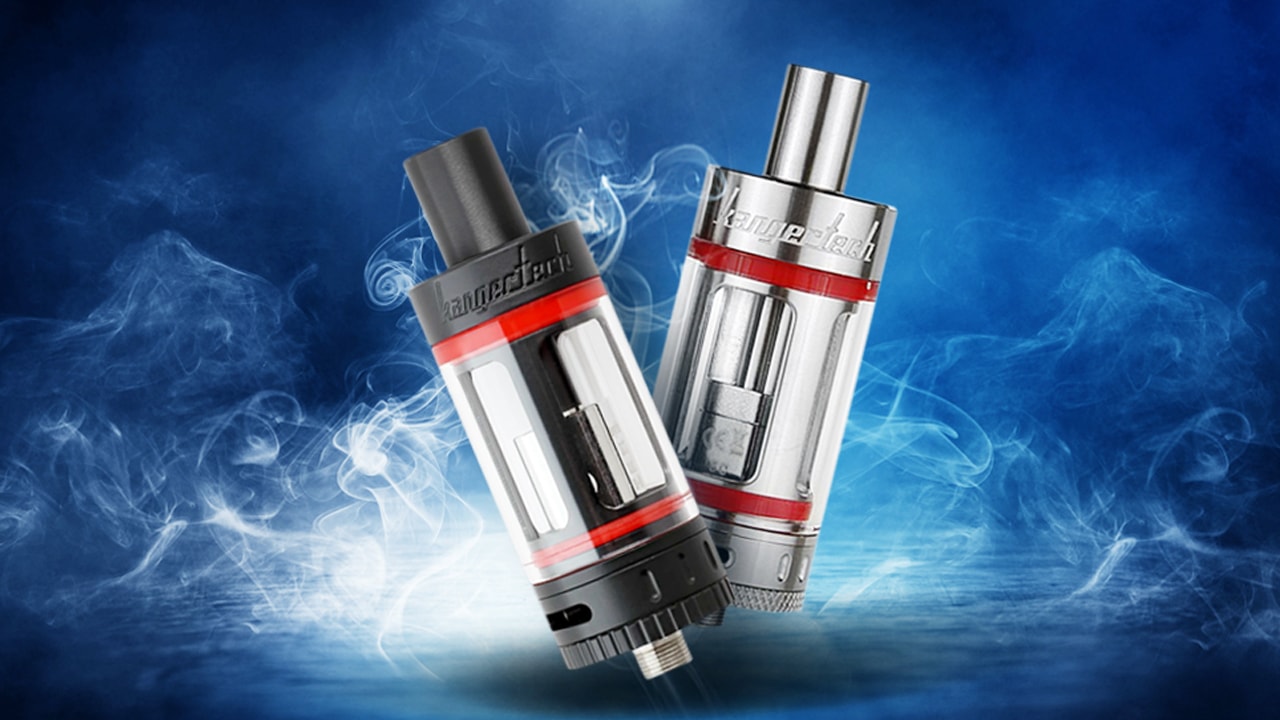 October 9, 2015
The Kanger Subtank Mini is one of the hottest selling sub-ohm tanks on the market today, it has a lot going for it. Read on to learn more.