Having just appeared in 2016, Smoant is a relative newcomer in the vaping community. However, the company was a relative unknown, when it managed to surprise everyone with the release of the Knight TC mod. Following the success of the Knight and the Talos sub-ohm tank, Smoant came up with their first RTA. The unit is kind of similar to the Griffin in function. However, it looks completely unique. Let’s investigate the Smoant Mobula RTA.

Okay, let’s address the elephant in the room. The Mobula RTA looks a whole lot different than the other RTAs that had their release around the same time it came out. Putting it bluntly, it looks like a glass bottle is sitting on top of your mod. That is because it tapers sharply from 25mm at the top of the tank down to 22mm at the top cap. This strange design choice may turn off some vapers. However, personally, I think that the design does look kind of nice.

Looks aside, the internals of the Smoant Mobula RTA is pretty much the same as the Geek Vape Griffin 25 RTA. It has the same build deck, and it also has the same top airflow configuration. However, the Mobulus does have a couple of tricks up its sleeve. As a result, this may give it the edge over the competition.

The Look and Feel of the Smoant Mobula RTA 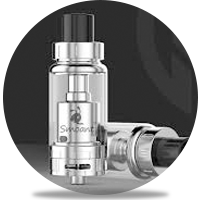 As mentioned earlier, the design of the Mobula is quite unorthodox. In fact, it is not that bad actually. The base of the Mobula is 25mm and then tapers sharply to around 22mm around the top AFC ring. Also, from the base to the top cap, it measures 59mm tall (not including the drip tip). If you have a single 18650 mod then the Mobula may look a bit weird sitting on top of your device. In my opinion, the Smoant Mobula RTA looks best sitting on top of dual or triple 18650 devices. The tank holds a whopping 6ml of juice, and it has massive airflow holes at the bottom. One downside is that it only comes in stainless steel.

The build quality of the Smoant Mobula RTA is excellent. The machining on all the stainless steel parts are good. There are no sharp edges and the threads are beefy and smooth. I also liked that the Mobula has a three-piece tank section. This way, I can access the build deck without the need to dump out all of the remaining juice in the tank.

The Mobula has top and bottom airflow. However, unlike other RTAs, the top airflow actually travels down the shaft section and blow air directly on top of the coils. This way, it does not mute the flavor that much. On the other hand, the bottom airflow is directly under the coils, which gives a nice flavorful vape. The closer you can get the coils to the airflow holes without them touching, the better the flavor will be. If both top and bottom AFC rings are completely open, the draw will be so airy that it will seem like you are just breathing through the device. If you want more flavor and a restrictive lung hit, you can just close the top airflow. Then, leave the bottom airflow fully open.

The Build Deck of the Mobula RTA

The reason why the Smoant Mobula RTA is 25mm in diameter is so it can have a wide build deck. At 17mm wide, the build deck on the Mobula rivals that of the Griffin 25’s. Also, just like its competition, you can install relatively large coil builds on it. They spaced the Velocity-style posts 7mm apart so you can install wide coils and produce amazing clouds.

The build deck of the Mobula is actually pretty basic when compared to the build decks of the newer atomizers. They released the Mobula in the first half of 2016. It’s a Velocity-style, two-post build deck with airflow holes underneath the coils. The ingenious thing about the Mobula though is that it has a small channel running down the chimney shaft from the top airflow slots. This means that the air coming from the top airflow helps cool down the tank and actually hits the top of the coils. Yes, the top airflow mutes the flavor a bit, but not by that much. In fact, the amount of clouds you get in return is more than worth it.

My Vaping Experience with the Mobula RTA

As I mentioned before, the build deck on the Smoant Mobula RTA is pretty standard nowadays. Also, it literally took me less than five minutes to install new coils. Then, to have them glow evenly, install wicking, and start vaping. If you have seen one Velocity-style build deck, you have seen them all. There is no learning curve with the Mobula so it is perfect for beginner builders. The thing that may challenge beginners is the wicking slots. There’s a guide ring that you can remove to make it easier to insert the wicks. However, some people are not aware that the ring is removable.

The Mobula is pretty easy to clean and maintain. On the other hand, I do have one problem with the tank. That is that the top fill part of the tank is hard to unscrew from the rest of the tank. The top fill part is completely smooth and there is nothing to hold onto. Either you have to wear rubber gloves to get a better grip, or do what I have been doing. That is poke the tines of my tweezers into the fill port holes and start twisting it off. Again, this problem is not that serious, but I feel like I should mention it.

I have no complaints with the vape I get from the Smoant Mobula RTA. However, that said, there are things that could have been better. I appreciate what they did with the top airflow, but it does mute the flavor a bit. There is another thing. When I turn the bottom airflow halfway closed, there is a slight whistling noise when I take a drag off it. I have to get really nitpicky here because there really aren’t any major problems with the Mobula. It’s a great RTA.

Pros and Cons of the Smoant Mobula RTA

Besides the funky design, which I actually liked, the Mobula is a pretty average RTA. If you like the performance of the Griffin 25 then you would be getting the same experience out of the Mobula. Do I recommend the Smoant Mobula RTA? If you already have the Griffin then you aren’t missing out on much. On the other hand, if you’re a beginner who’s looking for your first rebuildable tank then I highly suggest that you try out the Mobula.

Are you interested in the Smoant Mobula RTA? Then, we have provided a couple of links where you can get the best deals for them.

May 25, 2017
The Mini Ecig InsideOut RTA is one strange looking atomizer. The real wonder of this tank is on how it actually works. Does this make it any good? Read on. 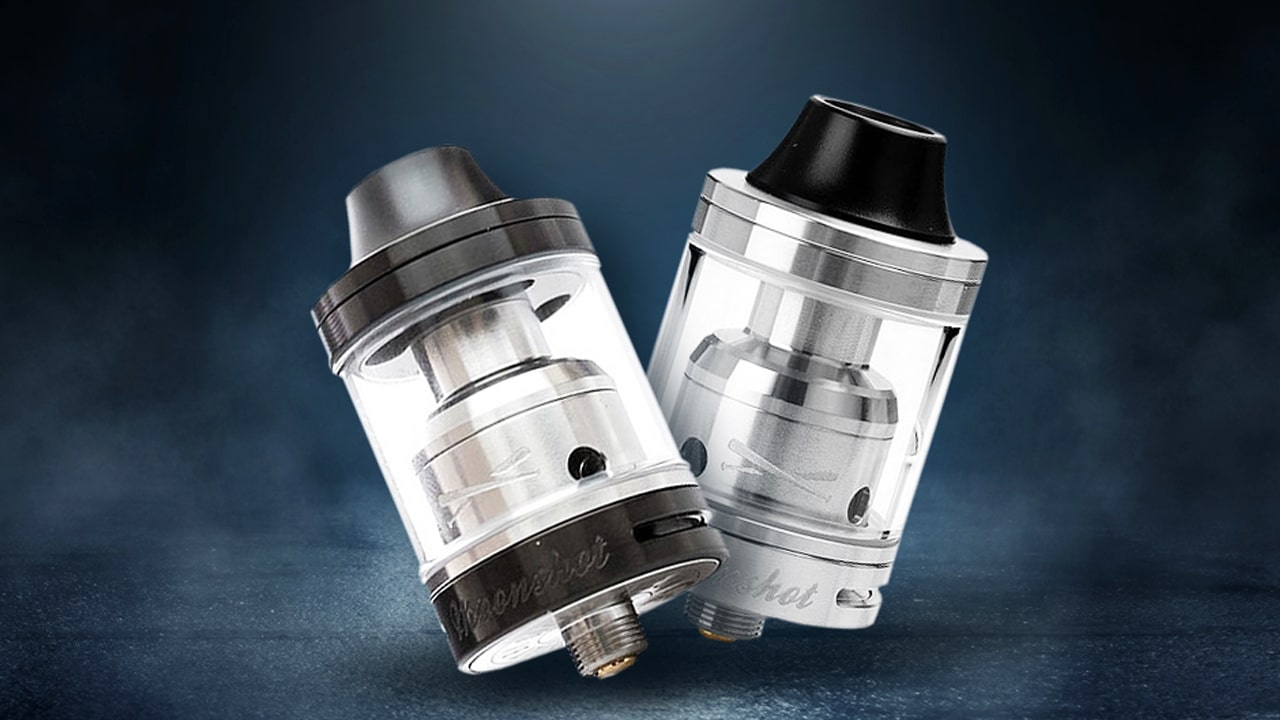