Paradigm Modz presents the new and improved version of their signature Magma in the form of the Magma Reborn RDA. This new version makes it apparent that a device is a powerful tool for flavor- and cloud-chasers alike. The Reborn model retains all the great features of the classic original but cranks them up to a whole new level.

Disclosure
: All the RDAs which we review on this website are tested by our trained, paid staff. As part of the review, VapingDaily.com links directly to the product or brands so that you may purchase directly from the provider. We receive commissions from these providers, however, this does not affect the price you pay, and the commissions we earn help us pay for the costs of running this website. Click here to learn more. Thank you.

If the phrase “flavor-chasing” piques your interest, then you’re probably the type of vaper who will be partial to Rebuildable Dripping Atomizers (RDAs); and if you’re partial to RDAs, then you must have heard of the Magma.

Paradigm Modz’ Magma RDA has been considered as one of the best RDAs for flavor since it was released in 2014. The revolutionary device came with a dome-shaped top cap, a reduced chamber, and direct-to-coil airflow. Does the Magma Reborn continue the original’s game-changing legacy, or is it just a simple re-release? Read on to find out.

Just like the original, the Magma Reborn utilizes a two-post deck that is really easy to build on. The most noticeable and significant difference between the two products is the size. The posts and its holes are really quite large; the post holes are 3mm! The elongated Phillips head screws securely on to place, without the posts spinning. 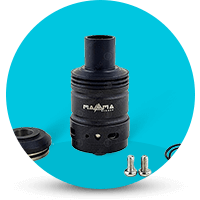 Just like its predecessor, the Magma Reborn comes with a deep well for e-liquid. We want to stress on the word deep here – it is very deep, holding more than 4 ml of liquid! Because the atomizer has been designed specifically for users who have a taste for exotic coils, you won’t have to re-drip the low ohm builds following a couple of pulls.

Another similarity to the original model is that the airflow controller ring needs to be adjusted and synchronized with the top cap unscrewed. This isn’t a difficult step, but isn’t quite convenient either, especially if you like to change settings mid-session. But once set, the cap sits firmly in place and won’t budge.

A feature that is different from the airflow setup as compared to the original Magma is that the latter is ideal for hot builds, and permits a lot of air to enter via 2.5mm slots that lead to two giant, 3.5 mm, bottom-fed, direct-to-coil airflow holes. You can alter the slots and use the 1mm or 2mm settings but we recommend keeping the slots completely open.

An SS-based cap and a wide drip-top come with the Magma Reborn for use with the drip tip that you already own. If we’re being honest, a lot of RDAs don’t come with extras, and the manufacturer typically makes a tidy profit by selling the top cap as an extra. We commend Paradigm for include the top cap.

Both of the top caps are dome-shaped. Paradigm Modz is on of the pioneers of the conical top cap design. It is possible to enhance flavor by ensuring smoother vapor flow towards the drip tip without getting stuck in any angles.

Other than the astonishingly wide drip top, the improved Magma Reborn appears to look almost exactly the same as the original Magma, but on steroids. There are vape mods that can handle 22mm, but not many can look so sleek while handling 24mm. Fortunately, there are options available now which can accommodate bigger atomizers. The product’s finishes come either as Teflon-coated black or gunmetal.

The original Magma performed exceptionally well and had no glitches or issues with its performance. But back when it was released, the vaping community wasn’t as advanced as it is today and was only doing basic one-strand builds. But even when used with an extremely low-ohm build, the Reborn has unbelievable flavor and extraordinarily dense clouds. There is no issue or glitches with the Magma Reborn, which seem to work better than the Magma original, especially with exotic coils.

We were very fond of our original Magmas, but we have to admit that with time our needs changed towards requiring more airflow. In this regard, the Magma Reborn delivers, while still maintaining the best features of the original model, which, thankfully, includes the intense flavor production!

If you’re a flavor chaser who gets excited at the idea of building exotic coils with the assistance of low sub-ohm builds, then the performance of the Magma Reborn won’t disappoint. It is definitely a strong, durable RDA and lives up to its predecessor’s fame and more!

May 24, 2017
The first two iterations from Billow were successful in their own rights, but perhaps the Billow V3 RTA that is the best version yet. Continue reading. 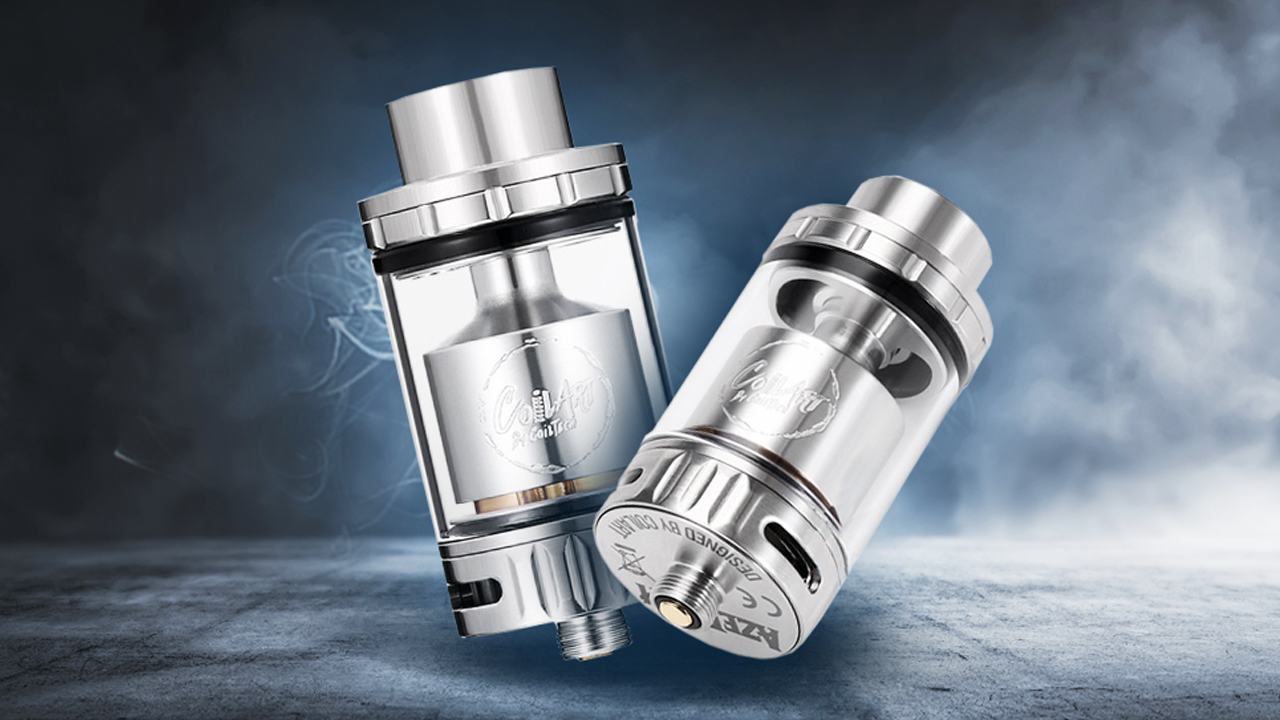 May 16, 2017
Are you looking for an RTA that has a relatively low profile, but can still chuck clouds? If so, then you might like the Coilart Azeroth RTA.