If you have been vaping for the past couple of years or so then you are probably familiar with the company GeekVape as it has been one of the leaders when it comes to vaping products.

Even if you are a relative newcomer to vaping, you must have at least run across one or two of their products on your search for your first proper vape kit. You might want to investigate the GeekVape Ammit RTA.

After coming up with some of the most iconic atomizers, like the Avocado 24 RDTA, the Tsunami RDA, and the Griffin 25, and other larger dual coil atomizers, it seems like the best atomizer that GeekVape has ever made is actually a small, 22mm, single coil RTA, the Ammit. Stop being fooled, the Ammit might be tiny, but it has quite a lot of airflow so you can spew out huge clouds of vapor, and the best part is that it is a flavor-chasing atomizer as well. 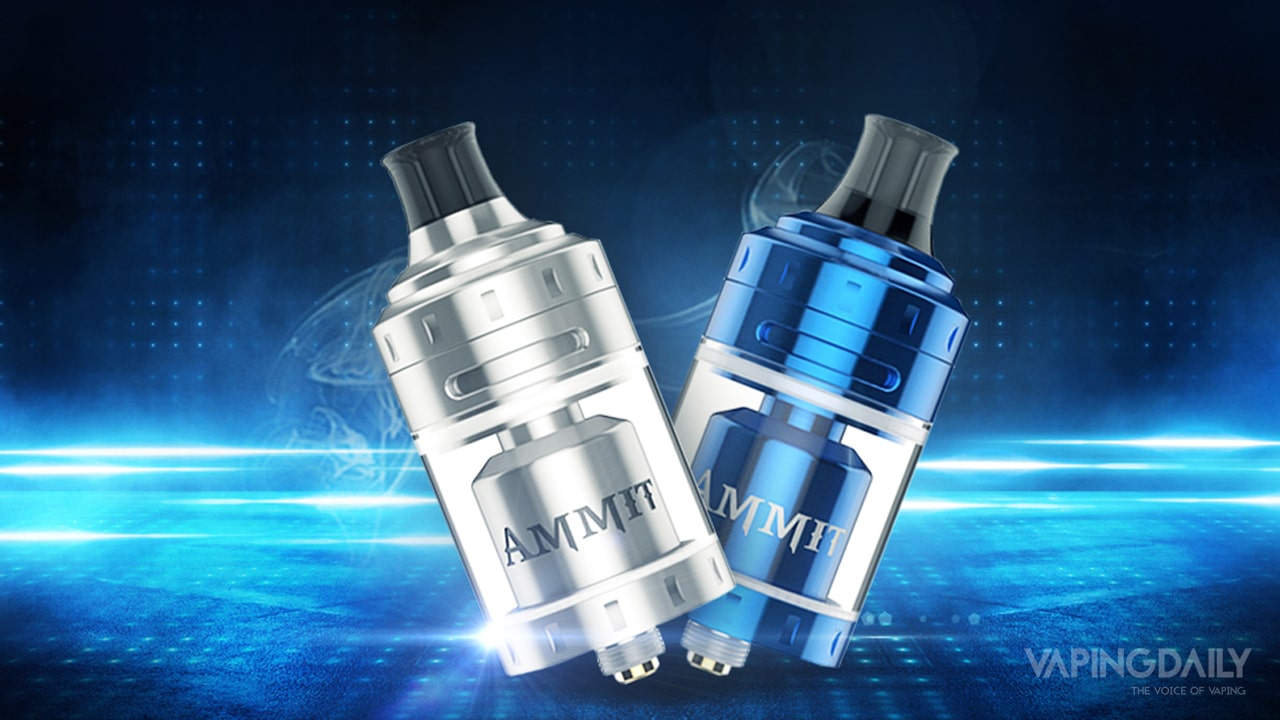 These days, 24mm atomizers are already considered small, and it seems like no one will ever want to go back to using 22mm devices, and I used to be one of those people. However, after using the Ammit RTA for a couple of days, I found that I cannot put it down; it has become my daily vape. If you are intrigued by, and you want to learn more about this crazy little beast of an RTA, here are a few details about the GeekVape Ammit RTA.

The Look and Feel of the GeekVape Ammit RTA

When 2017 rolled in, the designs of most RTAs leaned towards being more low profile, but larger diameter.

However, the Ammit seems to have gone back to the days when sub-ohm tanks have smaller diameter bases but are a bit on the tall side to accommodate enough juice. At the base, the Ammit measures 22mm, and from the base to the tip of the included 510 drip tip, it measures 55mm tall.

However, I kind of like the look and feel of the Ammit; it has old-school dimensions, but the design of the tank is pretty modern.

Just like with any of the other GeekVape devices that I have used, I cannot find anything wrong with the build quality of the Ammit.

The stainless steel parts were all machined perfectly, the threads are smooth and beefy, and I couldn’t find any traces of machining oil on any of the parts; you can use the atomizer straight out of the box. However, I do recommend you give all of your new atomizers a good cleaning first before you use them, just to be on the safe side.

The surprising thing about the GeekVape Ammit RTA is that it has a massive amount of airflow for such a small atomizer. If you fully open the bottom airflow holes, the draw on the Ammit has minimal to no restriction, which is a big plus for cloud chasers. On the other hand, if you want a slightly tighter draw, you can dial turn down the AFC ring until you achieve your ideal restrictiveness.

The reason why the airflow is so smooth is that instead of having just one airflow hole on the build deck, the Ammit actually has two sources of airflow. Two channels coming out from the base of the build deck allows air to hit the bottom of the coils, and there’s a block coming out from the side of the deck opposite the build posts that has airflow holes so air can hit the side of the coils.

The build deck on the GeekVape Ammit RTA is quite simple. There are two posts, one positive and one negative. Each of the posts has one post hole and a Philips head screw coming in from the top, when you tighten down the screw, it captures the leads of your coils.

Installing coils onto the Ammit’s build deck is quite simple, you just need to make sure that the leads of your coils are pointing in the same direction, then thread them into the postholes, tighten down the screws to secure the leads, and the snip off any excess. Make sure that you position your coils directly above the bottom airflow and as close to the side airflow as you can to maximize the amount of flavor that you can get from your clouds.

How to Use the Ammit RTA

Even non-experienced coil builders will not have a hard time installing coils on the build deck of the GeekVape Ammit RTA. The fact that the screws are on top of the posts are also a big bonus because it makes capturing leads easier and it will not twist flat wires unlike when the screws come from the sides.

Wicking the coils is also easy because the juice ports at the base of the build deck are actually wide. Here’s a tip: don’t stuff cotton into the hole at the base of the wick slots, just allow your cotton to rest on top of it so it will wick more efficiently. 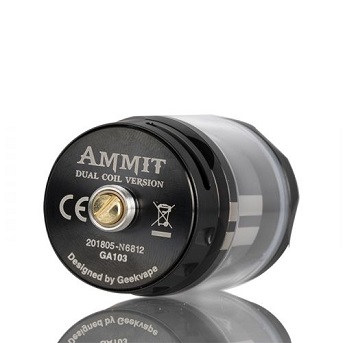 The Ammit disassembles into six pieces, and it does not have any small parts that you can easily lose. The only gripe that I have with the Ammit is that there is no knurling on the top cap, which makes it a bit hard to twist off if I accidentally screw it on too tight and it gets covered with a thin film of juice, which always seems to happen regardless of the RTA I use. Other than that, I do find the Ammit easy to clean and maintain.

When I first saw just how small the GeekVape Ammit RTA was, I already knew that it would be a great flavor chasing tank, but what surprised me was how it was a decent cloud chasing atomizer as well. The “three-dimensional” airflow system really does help create massive plumes of vapor, which is something that I did not expect from a small 22mm tank.

I really cannot find anything wrong with the GeekVape Ammit RTA; in my opinion, it is the perfect RTA and I have yet to find something that can surpass it in terms of flavor and vapor production. There is no doubt that at the end of this year, the Ammit will be among the top atomizers.

If you are interested in checking out the Geek Vape Ammit RTA, and I highly suggest that you do, we have provided a couple of links where you can get the best deals for them.