Coilart, as its name implies, was once a company that focused mostly on making high-quality coils for rebuildable atomizers, and that they still do.

However, they have since branched out into making their own mods and atomizers, and a couple of their products have become instant classics, like the Mage RTA and the Azeroth RDTA. Now, they are trying to do it again with the RTA version of the Azeroth RDTA; and it was quite confusing because the two versions do not even look remotely alike.

Usually, companies would release an RTA and then come out with an RDTA version of it, but Coilart did something unorthodox with the Azeroth; the RDTA came before the RTA. Even more confusing is that the RTA does not look even remotely similar to the RDTA. What makes things even more confusing to people who had the original Azeroth RDTA, the RDA version comes with two build decks, and not one of them uses the clamp style system the RDTA uses. 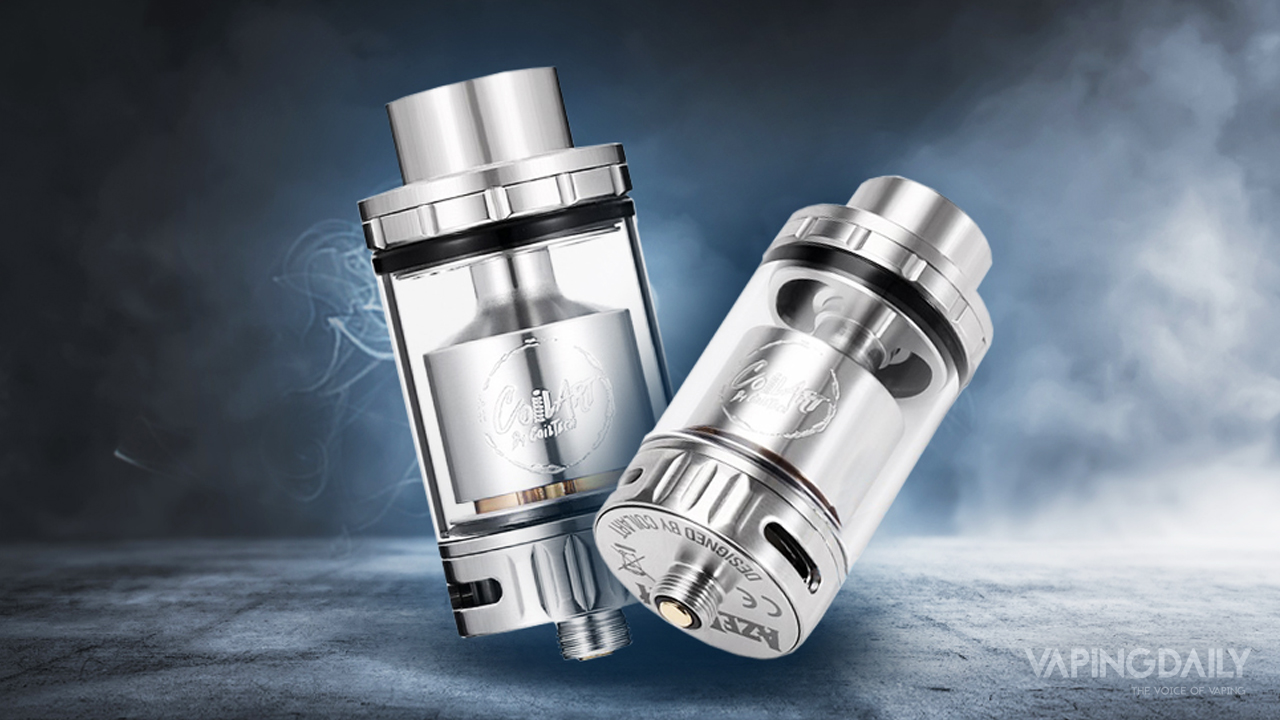 Personally, I am quite confused why Coilart did not just give this RDA a different name. In my opinion, the Azeroth RTA has a totally different look and feel from the Azeroth RDTA; you cannot even tell that they are different versions of the same atomizer. However, having said that, I am not saying that the Azeroth RDA is not good, quite the contrary actually.

The Azeroth RDA comes in two color options: black and stainless steel. If you want the black variant, it will cost a couple of dollars more than the stainless steel. The diameter of the tank is 24mm at the base, and it measures 52mm from the base of the tank to the top of the provided drip tip.

Speaking of the drip tip, the one provided with the Coilart Azeroth RTA is non-removable; it is milled into the top cap itself. You can insert the 510 adapter on top if you want to use your own drip tip, but it will add quite a bit of height to this otherwise low-profile atomizer.

I have nothing much to complain about with regards to the Azeroth RTA’s build quality; the threads are nice and smooth, and the finish on the black version holds up well.

However, one thing that I have to point out is that you have to be careful if you choose to use the extra Delrin drip tip. The threads on it are soft, and you can easily strip them off if you screw it askew on the top of the tank.

The triple adjustable bottom airflow provides more than enough air for maximum vapor production and cooling the coils so that they won’t burn through the cotton wicking. However, even when fully opened, the airflow is still slightly restricted, and might not be enough for hardcore cloud chasers.

Nevertheless, for casual vapers, the restricted lung hit is actually quite comfortable.

The build deck on the original Azeroth RDTA used the same design principle that the Goon popularized; a two-post design with a clamp-system for capturing the coil leads, and you will not find this in the Azeroth RTA. On the RTA version, you will get two build decks, one for dual coil builds and has a two-post Velocity style design, and another for triple coil builds that has a postless design. 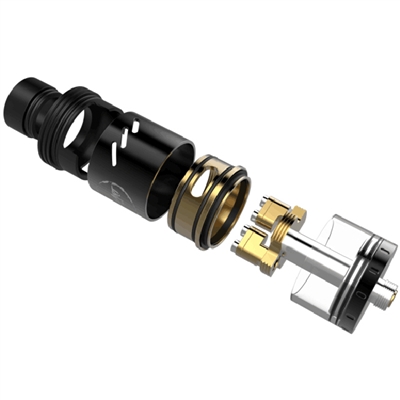 The build deck that I prefer to use is the one with the now traditional two-post design. The Velocity-style deck has always been a breeze to build on, and it becomes even easier with the Azeroth RTA because it uses Philips-head post screws. The distance between the posts is also quite wide so that you can install 9-wrap 24 gauge round wire builds without any problem.

On the RTA version, you will get two build decks, one for dual coil builds and has a two-post Velocity style design, and another for triple coil builds that has a postless design.

Now, the post-less deck is more for the experienced coil builders. Unlike the other triple coil build decks that I have seen, the one included in the Azeroth RTA is actually much easier to build on because the negative and positive posts are right beside each other. Other triple coil build decks have a shared positive post in the center so installing coils can be a bit tough. You need to cut the leads at the right exact length before you can install them. If you’re a beginner at coil building, I suggest that you practice on the dual post build deck first before you tackle the triple coil postless deck.

The vape I get off the Coilart Azeroth RTA is not quite the same as when I used the Mage or the original Azeroth RDTA. For one thing, even though the flavor I get is still above average, it pales in comparison to the vape I get when using the Mage RTA. The flavor gets even more muted when I use the three-coil build deck, but the clouds that I get from using triple coils builds are quite massive and dense, which makes for a good payoff. Overall, the vape quality on the Azeroth RTA is pretty above average, but not something to rave about.

How to Use the Coilart Azeroth RTA

The dual coil build deck is as simple as they come; Velocity style posts with side-mounted screws. I had no trouble installing my coils and wicking them properly. The postless deck, on the other hand, was quite a challenge, but not so much that it frustrated me.

I liked the fact that each coil had its own positive and negative post holes, which means I can install them one after the other. However, I did find that the postless build deck used Allen screws instead of Philips head screws, and they were quite soft and easy to strip.

The Coilart Azeroth RTA disassembles into four pieces, which makes it easy to clean and reassemble. I also had no trouble when unscrewing the base to access the build deck, because the glass section was held securely in place by a beefy O-ring.

However, I do suggest that you be extra careful when doing this because if you do shake the glass lose, any juice left in the tank will spill out. The package also contained more than enough spare O-rings and post screws so replacing the damaged parts is quite easy.

In my opinion, the Mage RTA is still the best RTA that Coilart came up with, but that does not mean the Azeroth is a disappointment; it’s just that it has large shoes to fill. Having said that, I did like the fact that Coilart gave the Azeroth RTA the ability to interchange between two build decks. Flavor and vapor production are also above average, which still makes the Azeroth RTA a worthy purchase.

If you are interested in buying your own Coilart Azeroth RTA, we have provided a couple of links where you can get the best deals.