So many new faces out there. It’s just more proof that the vaping industry is growing more and more every day. Today, we’ll be reviewing a product from yet another previously unheard of (by me) company, Limitless Mod Company, that, you guessed it, specializes in mighty box mods, but also has a pod mod device (which also doubles as one of their only starter kits) in their roster, along with some RDAs and RTAs.

Their latest product aspires to be the crown jewel in their stable. The Limitless Marquee Mod system is a 3-in-1 device that acts:

That’s pretty ambitious for any vape company to attempt. I can’t even recall the last 3-in-1 system that I reviewed. The QuickDraw DLX 500 comes to mind but that only allowed you to vape various materials, from dry herbs to oils to e-juices. And of course, the V2 Pro Series models are also 3-in-1.

But this is the first time (I think) that a box mod system tries to be all things to all vapers. But one thing I’m not understanding from the get-go is what the big deal is with the drop-in system? As well as the 510-adapter, when any standard 510-connector can work with any kind of tank anyway?

So, I made a lot of noise a few reviews back about an atrociously-designed box mod, the Fuchi Glo 230W mod that did not even display the company logo anywhere on its body. The Fuchi Glo’s only distinguishing feature was a pathetic LED band around its base that was supposed to make up for its overall uninspired design.

And, worst of all, a lot of reviewers called it streamlined, when the Fuchi Glo was nothing of the sort. The Limitless Marquee has more of a claim to being streamlined than that disaster. It’s a somewhat smallish device, which I was surprised by, given all that it claims it can do. 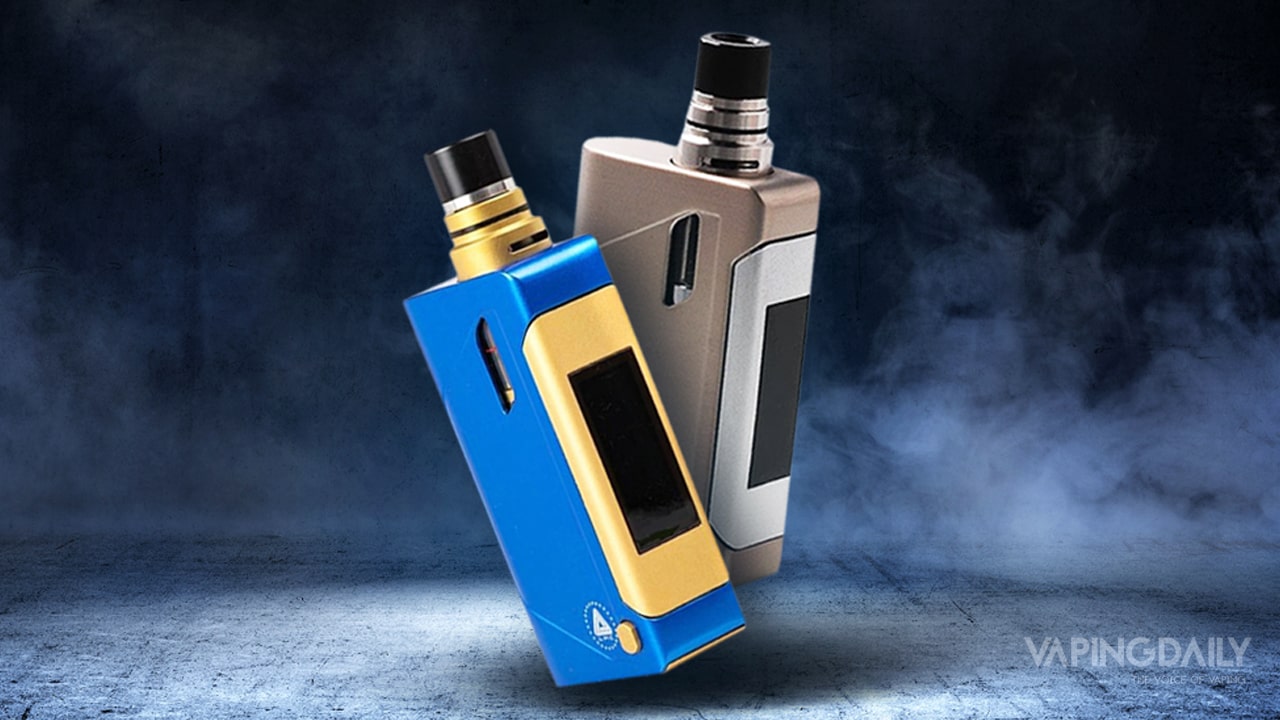 But the Limitless Marquee is also not trying to scrape the sky. It has a maximum power output of only 80W, and its internal battery has a 2400 mAh capacity, so a power steamer it is not. However, there is no 510 connector pin at the top, which is, of course by design.

The proprietary drop-in tank that comes with the kit left me a little confused. Its very existence was what was puzzling. I’m all for innovation and doing things differently, and although this is a sub-ohm tank, it only takes 2 ml of juice and is 19dmm in diameter, so it doesn’t impress in those aspects.

But I couldn’t find anything about the tank that was impressive. It has top airflow valves, obviously, since the bottom is inaccessible once it’s dropped into the mod, and there is a 0.6 Ohm coil inside.

So, my question is, why have this tank at all? Why not just install a standard 510 connection, include a tank like a lot of other starter kits, but also include that atomizer adapter for the pods (which has yet to be released)?

At the base of the mod, on either side, there are two selector buttons, and subjectively speaking, this is a fine-looking piece of hardware. Fuchai! Take notes!

The mod has a small glass slit on either side of the tank slot so you can easily measure your e-juice levels. And the entire thing is made of stainless steel (and glass) it has some heft to it, but that’s something that you want, even expect, if it’s made of extra-durable and sturdy stainless steel.

Limitless released their 200W box mod a couple of months ago, the Arms Race (great name! Love that) that landed with mixed reviews (but not by me). Interface-wise, the Arms Race, and the Marquee are similar, only the Marquee has a firing bar, while the Arms Race has just one button.

To turn the device on, and for a change, you need to press and hold the two wattage buttons, rather than pressing the firing bar five or three times. I mean, I liked the firing bar/OLED screen combo, but I foresaw the screen maybe cracking or getting undue pressure on it since it would need to be repeatedly pressed.

The Marquee tank comes pre-installed with a 0.6ohm coil, and it literally drops into its slot and is kept in place by a magnetic connector at the bottom. The top cap of the tank screws off to reveal the pour fill opening underneath.

Other than the 3-in-1 selling point, the mod itself has your typical output modes, which is limited to only temperature control for nickel, stainless steel, and titanium, and the second being a bypass mode so you can attach your RTA or RDA using the atomizer adapter.

You hold the “up” button and the firing bar to access the different menus options. I liked that the screen was vertically aligned, and not sideways like some other screens.

I, of course, first used the Marquee’s included tank setup with the 0.6ohm coil inside. It’s all relatively easy to install and use.

I started in the midrange of the suggested wattage for the coils at around 60W. The vapor production, I found, wasn’t superb, since the trail started off strong, but dissipated a little too quickly for my tastes. I like to see a long, consistently thick vapor trail that just ends, rather than getting thinner and thinner.

There are no threads to be found anywhere, either on the Marquee tank or the bottom of the atomizer adapter, although you do need to screw in any of your tanks into the adapter first, and then drop it into the slot.

I went with the Spirals tank, a new favorite of mine from SMOK, and the higher-resistance coils at 0.3ohms. I know it’s not the best for cloud making, but I felt more like a flavorful vape rather than making the room disappear.

Everything worked well together; I didn’t push the wattage up too high, I left it at around 25W and even at that low output, the clouds were great-tasting, although not so prolific. The pod mod adapter that is the third option in the 3-in-1 kit has not been released yet (I think) but I also think you have to buy it separately, which sucks.

But it’s an interesting idea that lets you use some of your pod mod cartridges for longer with a variable wattage device. So whenever it does come out, I’ll be sure to test it out and let you know how it performs.

Since I used the Spirals tank with the Marquee, I thought I might as well make a comparison between the mod the Spirals came with, the SMOK G80, and the Limitless Marquee Mod system. Both of the mods are quite similar in many ways, different in others.

The SMOK G80 is a compact, portable device, although the Marquee is just a smidge taller than the G80, it too doesn’t present any portability problems. Design-wise, I preferred the Marquee much more. It’s stainless steel construction also insured the Marquee won marks for quality and durability that the G80 could not match.

Of course, the Marquee tank and coils try to be cloud chuckers more than flavor bubbles, but I found even the cloud production lacking on both the Marquee tank and mod. I much prefer the setup that I used to review the Marquee, which was with the Spirals tank attached to the Marquee mod. So, I guess it’s a tie between the Limitless Marquee and the SMOK G80.

With my first Limitless Mod box mod under my belt and their newest product too, I can’t wait to get my hands on either the Arms Race (just for the bad-ass title) and their own Pulse pod mod system, just because I love pod mods.

The Limitless Marquee Mod System is less a system and more a novelty. I couldn’t wrap my head around the usefulness or purpose of such a drop-in tank system. Sure, the tank installation is helpful and easy to use, but if this comes advertised as a 3-in-1 system then make it a 3-in-1 system, not a 2-in-1 system that could just be a regular box mod with a 510 connector pin.