Why the Homeless Smoke

There are numerous reasons the homeless smoke. Most report using tobacco products prior to losing their homes. Those who were addicted to tobacco before becoming homeless are more likely to continue smoking. Some cite that the homeless may also continue to smoke due to stress, as well as having a greater likelihood of psychological or emotional issues due to being homeless. This risk increases with individuals who lost their homes and livelihood suddenly and unexpectedly.

At one point, the tobacco industry specifically targeted homeless Americans with their marketing. Some of these companies offered free cigarette samples, free blankets, and other goods with tobacco branding printed on them. They often offered financial support to homeless shelters, as well. While these efforts generally did not introduce homeless individuals to tobacco products for the first time, they did help to keep them smoking and build brand loyalty among homeless smokers.

Whether these efforts by the tobacco industry are ongoing is undetermined, according to the National Coalition to the Homeless.

Medical Repercussions for the Homeless

While smoking is dangerous for everyone, health complications are more likely to occur in homeless people. The lack of health insurance prevents these Americans from seeing a doctor for annual physicals, as well as examinations to determine the causes of troubling symptoms. This makes discovering conditions such as lung disease in their earlier stages difficult.

The homeless are already at an increased risk for health issues due to underprivileged living conditions. This is exacerbated by crowded shelters, or other areas, where disease and illnesses can be easily spread.  Sharing cigarettes or finding unused portions of cigarettes on the ground offers additional risks to homeless smokers.

Statistics on Homelessness and Smoking

Smoking is a harmful habit that many struggle to give up. In fact, they consider it an addiction that often leads to various deadly diseases such as trachea and lung cancer. Amazingly, the number of smokers in the U.S. has declined in recent years. However, a scary fact shows that 2.3 to 3.5 million people nationwide continue to smoke in the homeless community. As a result, this is a major problem that raises a number of health-related questions. Therefore, when trying to providing a better plan to quit smoking, we ask, “How we can help the homeless.”

A common myth is that homeless people choose to smoke and do not intend to quit. Accordingly, they might base this on their previous failures and not caring about themselves. However, over 70% of the interviewed homeless people claim they want to feel better, and hope to stop their addiction. 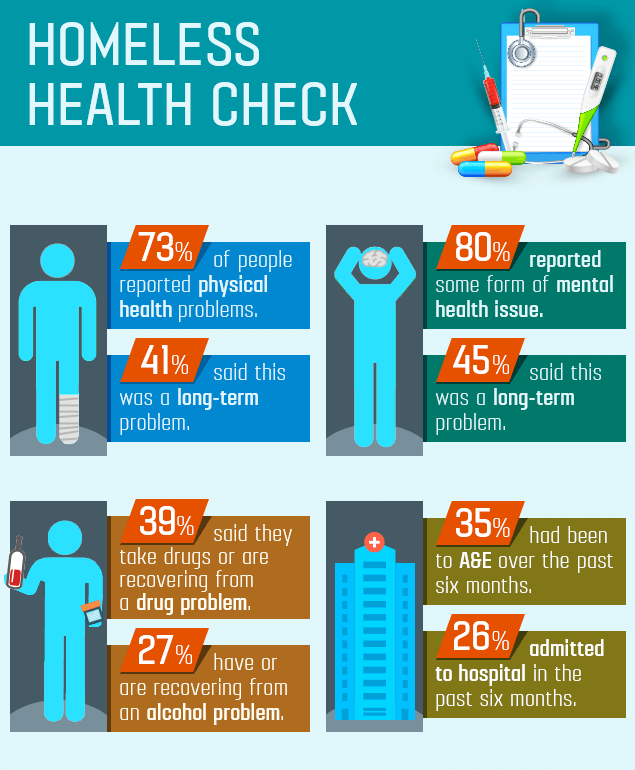 At the interpersonal level, smoking is a ubiquitous social phenomenon among homeless people that is strongly influenced by peer interactions. Homeless smokers with greater social support for quitting report greater readiness to quit. A finding suggests that group-oriented or peer-based strategies may hold promise.

Homeless Community and the Effects of Smoking

No doubt, the effects of smoking are generally negative. There are a few positive effects of the main ingredient nicotine, but the negatives of tobacco are non-negotiable. In fact, tobacco contains thousands of harmful chemicals that can have a deadly effect on the human body.

Low doses of tobacco may cause:

Bigger doses of tobacco may cause:

Usually, people who smoke for a long time may develop lung and trachea cancer. Consequently, this could be a serious problem for the homeless because it’s extremely hard to get proper help.

Presently, homeless people face big challenges overcoming tobacco addiction due to improper health care. Moreover, it is hard to seek help for their illnesses. Unfortunately, diseases from smoking (often combined with other substance abuse) are often overlooked in the homeless community. In addition, without treatment, the bacteria or cancer rapidly spreads throughout their system. Therefore, without medical attention, many of them might die. 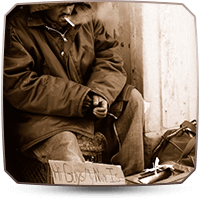 Disease caused by smoking that often result in death are:

Quitting tobacco use is generally an awful process that doesn’t happen overnight. As a result, it takes a lot of determination, support, and a pleasant surrounding for one to succeed.

A number of factors create challenges for reducing tobacco use and its consequences in this population. Homeless smokers have a high burden of nicotine dependence, psychiatric symptoms, and coexisting substance use disorders. They are more likely than homeless non-smokers to have experienced physical or sexual trauma. Many homeless people lack health insurance and a usual source of care, which limits their access to smoking-cessation therapies.

According to the National Coalition for the Homeless, 80% of homeless people in America are cigarette smokers. Of course, smoking is a serious issue in the homeless community that should not be neglected but rather helped. In recent years, doctors realized that the number of homeless smokers has reached an imaginable high. Furthermore, we should strive and do our best to reduce this percentage.

On a positive note, there has been an increased public awareness on this matter. As a result, health officials have taken initiatives to help reduce the percentage of homeless smokers. In America, a number of shelters now provide cessation programs along with alcohol and drug abuse programs.