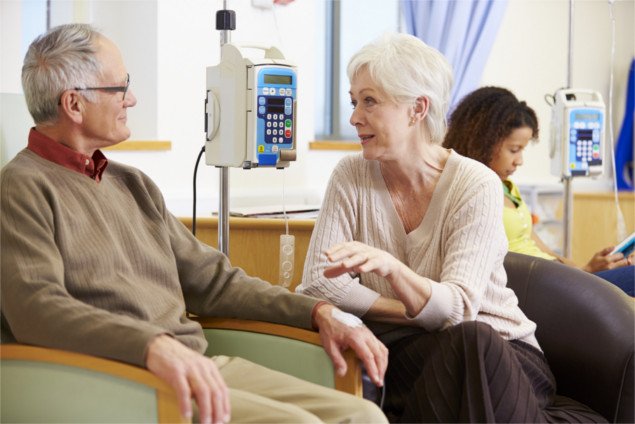 For decades, researchers and science professionals have conducted studies regarding the ill-effects of smoking. One of the most common findings based on actual results is the direct association between smoking and higher risks of cancer. It is, therefore, unsurprising to know that many cancer patients undergo chemotherapy while smoking, or are suffering from nicotine withdrawal symptoms.

Cigarette Smoking: A Major Cause of Cancer

Among other types, lung, head, and neck cancers are the most typical in smokers. Every year, 85% of those who are diagnosed with such cancer are associated with cigarette smoking.  According to studies, about one in every ten smokers is diagnosed with lung cancer, which is recognized as the “leading cause of cancer death in the United States”. It accounts for more than 30% of all deaths that are caused by cancer. It is also considered the most preventable type of cancer on a global level.

Based on the Cancer Facts & Figures 2014, out of the 224,210 cancer patients, 159,260 died of the illness. Lung cancer risks among women increase by 25.7% for smokers. Men are 25 times more prone to cancer if they smoke. This striking data was recorded despite the decline in cigarette use since 1964 when the first US Surgeon General’s Report on Smoking and Health was first released.

Aside from lung cancer, first-hand and second-hand cigarette smoke is known to increase the risks of mouth and throat cancer, pancreatic cancer, and esophageal cancer. Unfortunately, some smokers are unable to quit until they are diagnosed with the chronic illness. Some of them quit the habit immediately and experience withdrawal symptoms while receiving treatment while others are unable to stop even when it is obviously necessary to do so.

Smoking While on Chemotherapy: How Bad Is It?

There is little known about the direct side effects of smoking while a patient undergoes chemotherapy, and it is not established whether the chemicals from the cigarette interferes with the chemicals in the medicine. However, studies show that smoking while receiving chemotherapy increases the medication’s unwanted side effects such as fatigue, weight loss, weakening of the muscles, and problems with the heart and lungs.

Because cigarette smoking damages the immune system, smokers who are diagnosed with cancer have an even higher risk of infection. Cancer alone puts a person in a semi-defenseless state from bacteria and viruses. Smoking amplifies the risk of getting sick, and further weakens the body.

Smoking also reduces the oxygen in the blood due to the carbon monoxide and other chemicals that it introduces into the body. As an effect, the amount of drug carried by the blood and absorbed by the body is reduced as well. The result is less effectiveness, slower progress in treatment, and longer periods of recovery.

What Happens When A Cancer Patient Quits Smoking?

After 24 hours of quitting, smokers claim to feel much better even under cancer treatment. Overall, there is sufficient evidence that quitting smoking, with or without a cancer diagnosis, lengthens the life of the person involved.

Nicotine, the primary addictive component of cigarettes, is flushed out within 72 hours from the last cigarette stick. This causes the cravings to heighten, making the third day mark a huge challenge for smoking cancer patients. Nonetheless, the positive benefits are more significant than the common withdrawal syndrome, which is common and momentary.

Bodily functions begin to return to normal within a few hours of quitting. Energy levels are increased (which is a huge advantage for lethargic cancer patients receiving chemotherapy). The risk of getting mouth sores, which is common when undergoing chemotherapy, is lowered. Food becomes more palatable as the tongue regains its sense of taste, and the patient recovers the full sense of smell.

Sleep likewise returns to normal. Since the nicotine from cigarette smoking no longer stimulates the mind and body of the cancer patient at night, his or her body can get enough rest and feel more rejuvenated upon waking up. As the body becomes healthier without the 7000 harmful chemicals in cigarettes, chemotherapy becomes more effective. The chances of surviving cancer are increased.

It is important for smokers to know that quitting, especially when diagnosed with cancer (or any other illness, in that case), is necessary for recovery and the prevention of secondary cancers. Medical professionals have a huge role in informing their patients regarding this matter. There are plenty of ways to quit smoking naturally, and it is never too late to stop such harmful habit.

10 comments on “Smoking While on Chemotherapy”