Break-Ins, Burglaries, and Murders: What Is Driving Vaping-Related Crime? 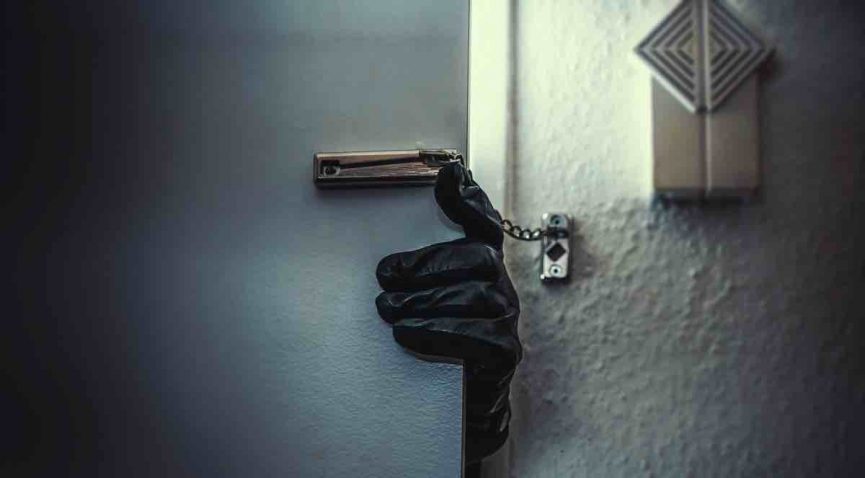 A 19-year old Montana man sentenced to five years for burglary and a fatal shooting in North Carolina are just two of the latest serious crimes that took place in or around vape shops in the US. Corwin Joshua Christopher Way of Kalispell was sentenced this past March for a string of vape shop burglaries last year.

The thefts occurred at two medical marijuana dispensaries and an e-cigarette vape shop. Recreational marijuana was recently legalized in Montana. The shooting in North Carolina took the life of 19-year-old Jyquel McRae, who was pronounced dead on arrival at Duke University Hospital. Two men, Doyle Edwards and Chase Torain were charged with first-degree murder in relation to McRae’s death.

Why Are Vape Shops Always Being Robbed?

Type “vape crimes” into Google, and they appear:

Those headlines are all international too. The first story is from the UK; the last one is from New Zealand. Canada also reports vape-shop-related crimes almost monthly. As vaping and vape shops have proliferated, the retail spaces that sell vaping devices have become hotbeds of crime and delinquency.

Vape shop crimes are also common in states where recreational marijuana has been legalized. Corwin Wray wanted to take advantage of his state’s recent passing of legal marijuana because he thought robbing a dispensary, as he told police, “would be fun.”

There are few details about the fatal shooting of Jyquel McRae, but homicides are not so uncommon at vape shops either. In October 2019, a 19-year-old Nebraska teenager shot and killed the 17-old son of a vape shop owner during a robbery.

Vaping-related homicides also occur regularly. In 2019, four Colorado teenagers were charged with murder and aggravated robbery after they killed a classmate while trying to rob him of vape juice. In 2020, the 17-year-old son of a DC police detective was fatally shot in his driveway over THC cartridges he was trying to sell. A 17-year-old Honors student and football player, along with two others, have been arrested and charged with his murder.

What do all these crimes, often perpetrated by teenagers, have in common? One could look at all these vaping-related crimes and think that vaping was the common thread linking all of them. But there are more factors at play. As vaping restrictions tighten throughout the country – beginning with the federal flavor ban and now with USPS banning the delivery of vaping products – people are increasingly turning to theft and violence to get their hands on vapes.

Are Anti-Vaping Laws to Blame for Vape Crimes?

The majority of crimes that take place at vape shops have been burglaries. Criminals usually break into a store after-hours and, in full view of surveillance cameras, begin ransacking the shops, stuffing anything they can find into their bags, either cash or, in the case of a dispensary, cannabis products.

But they also steal vape products. Vape thieves often make off with thousands of dollars worth of merchandise, which inevitably ends up back on the street after reselling the goods.

Do vapes have so much street value that teenagers are willing to risk jail time and even partake in violent robberies to get their hands on them?

The legal age to buy vape products in most states is 21, which puts vaping out of the reach of anyone under that age. But other teens see a black market emerge. Underage teens who want to vape and have the funds to pay for illegal street vapes are willing to pay for stolen merchandise, which drives vaping-related crimes.

Given that many of these vape store and vaping-related crimes were committed by teenagers, it begs the question: why are so many young people turning to crime, especially when it involves vaping and vape shops? The answer may have to do with the act of vaping itself, which according to some researchers, plays a role in increasing teenage delinquency.

A 2019 study out of the University of San Antonio found that:

From a sample of adolescents between the 8th and 10th grades, adolescent vapers tended to engage in “criminal activities such as violence or property theft.”
The increased risk of engaging in criminality was even higher for those adolescents who reported being regular marijuana vapers, even more so than those who ingested marijuana in more traditional ways like smoking.

But the study does not point to causality. It only says that teenage vapers engage in more criminal activities, not that vaping caused them to become criminals. Nor does it examine any other factors that may lead to criminality. The study also does not state that they engaged in crimes directly related to vaping like robberies, assaults, or vape store thefts.

How to Make It Stop?

Is the fact that vaping itself has been criminalized to such a degree that makes it such a magnet for criminal behavior? Are we seeing the effects of teenagers being suspended, expelled, and even arrested for simply possessing a vape manifest themselves in vape-related crime sprees? Are we creating criminals by criminalizing an otherwise innocuous behavior? Or does vaping create the conditions to turn normal teenagers into thieves and criminals?

These are all questions that need to be asked despite the answers being too nuanced and complex to provide simple explanations. No doubt vaping is getting closer and closer to being considered a crime in the US, even though it was never intended to be so demonized and maligned as it is right now.

The fact that young people often target so many vape-related businesses for theft or that so much illicit activity (both violent and non-violent) occurs around them has no easy explanation. But one could speculate that turning something like vaping into a crime itself is one way to fuel an explosion in criminal behavior in people who would otherwise have no reason to turn to crime.