Public Health England Says Vapes Should be Sold In Hospitals 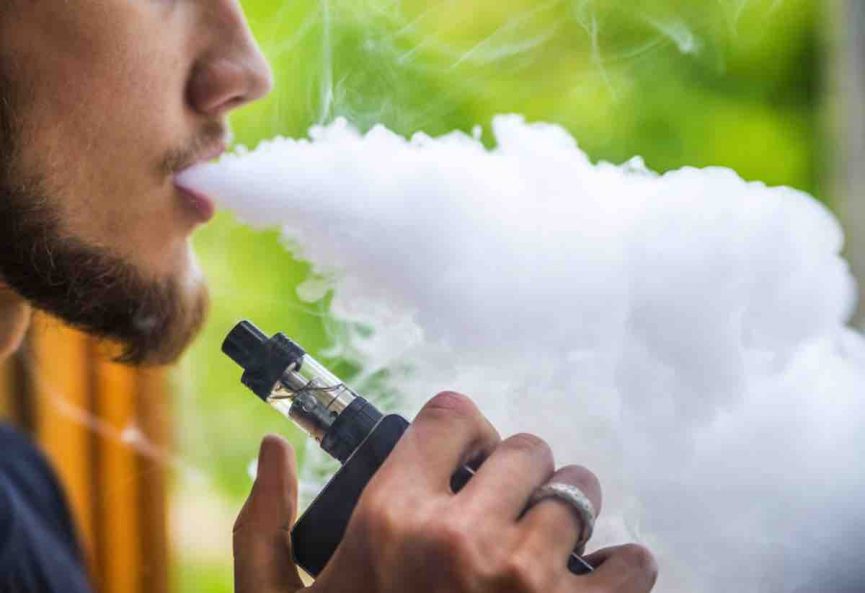 Following on the heels of their landmark and definitive report on the effects of e-cigarettes, Public Health England has called for the widespread use and sale of vapes, even in hospital gift shops.

The public health authority based their audacious recommendation on the overwhelming evidence showing that e-cigarettes are 95% safer than smoking cigarettes, which was a statistic gleaned from PHE’s 2015 report on the state of e-cigarettes in Britain.

Each of the reports that PHE has released on e-cigarettes has cautiously sided with the relative safety of e-cigarettes compared to the dangers of smoking tobacco. But this latest report comes down definitively on the side of e-cigarettes as an invaluable tool to help Britons stop smoking.

But the study’s authors admit that they are only catching up with what many successful quitters already know: that e-cigarettes are excellent quit smoking aids.

Another notable change in Public Health England’s position regarding e-cigarettes has been how far the organization has gone to not only defend e-cigarette use but to endorse them as well fully. The researchers found, to their dismay, that many people are still holding on to unfounded fears about e-cigarettes.

This disinformation has unfortunately led many to steer clear of e-cigarettes for fears that they are as, or even more, dangerous than cigarettes. Many of the study’s authors found this revelation to be the most disheartening.

Dr. Newton sought to reinforce the dangers smoking still poses to public health, when he cited just how many lives smoking claims in England every year, “79,000.”

But besides the death toll, Dr. Newton also went on to mention that someone is admitted to the hospital for smoking-related causes every minute in England.

These statistics become even more dispiriting when looked at in conjunction with the number of people whose perceptions and beliefs about vaping are all untrue.

It would be tragic if thousands of smokers who could quit with the help of an e-cigarette are being put off due to false fears about their safety, but people avoiding vapes is precisely what’s happening.

Figures cited by the report show that 20% of Britons do not understand that the nicotine is not responsible for all the negative health effects associated with smoking. This misperception of nicotine – which, in its liquid form, is the main ingredient of e-cigarettes – has been what has kept 40% of smokers from even trying a vape.

The study’s authors recommended a bold pushback against the inaccurate perceptions of e-cigarettes and nicotine that are keeping smokers from attempting to quit with the help of vapes. Public Health England wants e-cigarettes to have the same status as nicotine replacement therapies that require a prescription from a doctor.

To do this, e-cigarette manufacturers need to be licensed by the Medicines and Healthcare Products Regulatory Authority (MHRA), which is a regulatory body that classifies what products and devices can be used for medical purposes.

Some hospitals have already taken steps to encourage vaping on their premises. Two hospitals, one in Colchester and the other in Ipswich both in southeast England, have removed the smoking stands they once erected for smokers and replaced them with “vaping points” so people can vape nearby when they come to visit family members or loved ones.

With the release of Public Health England’s report, it seems that all the obstacles that were impeding the endorsement of e-cigarettes as quit smoking tools have been removed.

Even the primary anti-vape argument – that e-cigs are a “gateway” for kids to smoking cigarettes – has been shown to be a fallacy.

“E-cigarettes don’t appear to be undermining the long-term decline in youth smoking in the UK. What has remained unchanged, however, is the number of people who are vaping to help them quit.

But many in the anti-smoking community are hopeful that with the release of the PHE report, which also recommends that vaping and e-cigarettes are included in medically approved quit smoking plans, many more people will be turned on to vaping, and turned off of cigarettes.