US Gov’t Inches Closer to Decriminalizing Cannabis at Federal Level 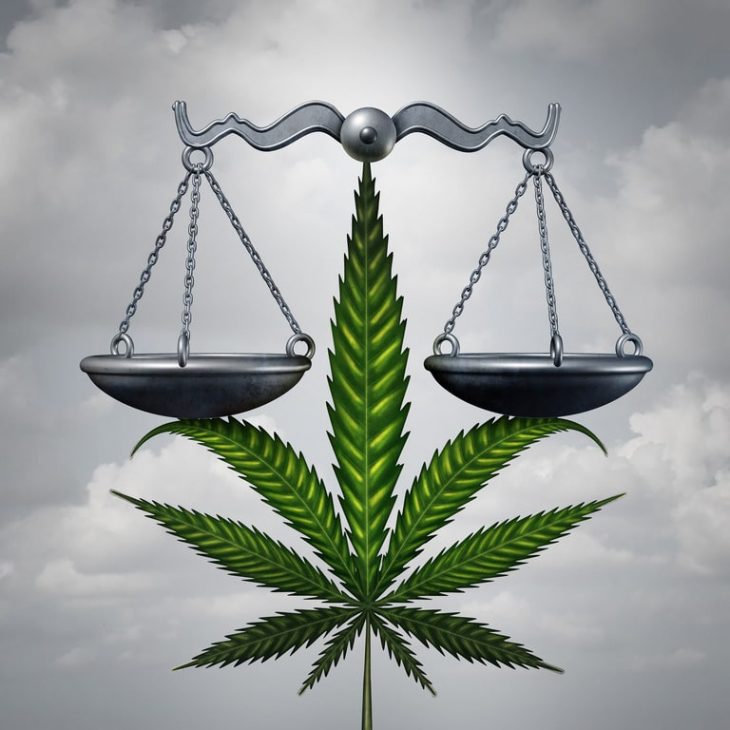 The US House of Representatives took a historic step last week toward reversing decades of national drug policy by passing a bill that would remove cannabis from Schedule I classification. The Marijuana Opportunity, Reinvestment, and Expungement Act (MORE Act) passed by a vote of 228 to 164 and is now on its way to a vote in the Senate, where it will likely meet an early death when Congress adjourns for the year. Still, the passage of the bill marks the first time the idea of marijuana decriminalization has reached the federal level. The 2020 Election saw four more states vote to legalize recreational marijuana, which was the catalyst for the issue to reach the federal level.

How We Got To This Point

House Bill H.R. 3884 aka the MORE Act was introduced in the House in late 2019. Representative Jerrold Nadler (D-NY) introduced the bill and the vote in favor of its passage was largely along public lines. It spent a year in committee where it was debated over and where several amendments were added to the bill, including:

Schedule 1 classification has meant that millions of people have been charged with federal drug crimes for possession of even small amounts of cannabis. The War on Drugs was also a war on drug-users, many of them from low-income and minority communities who faced severe punishments, more so than their white counterparts.

This disparity in the application of drug laws has started to become more glaring as more and more states legalize recreational marijuana. But the War on Drugs has had more, far-reaching consequences like increasing the prison population. This bill was the first attempt by the federal government to right the wrongs committed by the push to punish drug-users, especially cannabis-users.

Cannabis decriminalization has largely been seen as a partisan issue, with Democrats in favor, and Republicans opposed. But the rash of recent marijuana legalizations – even in heavily Republican states like Montana and South Dakota – has shifted not only public perception but political leanings.

The MORE Act is not expected to be voted on in this session of Congress. And, according to House rules, any bill that was voted on, even one that passed, that does not make it to a vote in the Senate or is signed into law by the President is automatically rejected. This means legislators will have to wait until the next session of Congress to introduce the MORE Act yet again, or a bill similar to it.

By 2021, the Congress could have a very different structure. Two important run-off elections are playing out in Georgia that could determine who controls the Senate: Republicans or Democrats. The current MORE Act, even if the Congress did not adjourn, would never have made it to a vote, as Senate Majority Leader Mitch McConnell (R-Kentucky) is staunchly opposed to anything to do with cannabis decriminalization.

McConnell was, however, an integral part in getting the Hemp Farm Act of 2018 passed. That bill removed hemp and its derivatives like CBD from federal oversight. The hemp extract was also deemed as non-narcotic after French lawmakers brought a suit against a hemp company in France.

The Hemp Farm Act of 2018 was largely an agricultural bill, which many of McConnell’s constituents in Kentucky supported. Even though Republicans are largely split on the issue of marijuana decriminalization, it is hard to say whether a majority will be in favor during the next session of Congress.

All Republican members of the House voted against the bill with a few exceptions. Among them was Representative Matt Gaetz (R-Florida) who, speaking in favor of the MORE Act, said that “The federal government has lied to the people of this country about marijuana”. Gaetz was in the minority, as many other Republicans took to social media to blast the bill, House Democrats and Speaker Nancy Pelosi.

Will Cannabis Ever Become Decriminalized At the Federal Level?

While the passage of the MORE Act is likely to fail, it could have a second life come 2021. Depending on the outcome of the two crucial run-off races in Georgia, it could also have a possibility of passing and impacting the lives of millions of people who have been caught up in the jaws of the relentless War on Drugs.

Looking at it dispassionately (if that is even possible these days), the MORE Act promises to do a lot of good. The bill will also make it easier for cannabis businesses, as the current federal classification makes it risky for them to operate and shuts them out of the national banking system. While opponents will continue to dredge up the same arguments of addiction and gateway drugs, the bill promises to not only decriminalize cannabis but prevent the mistakes of the past from happening again.