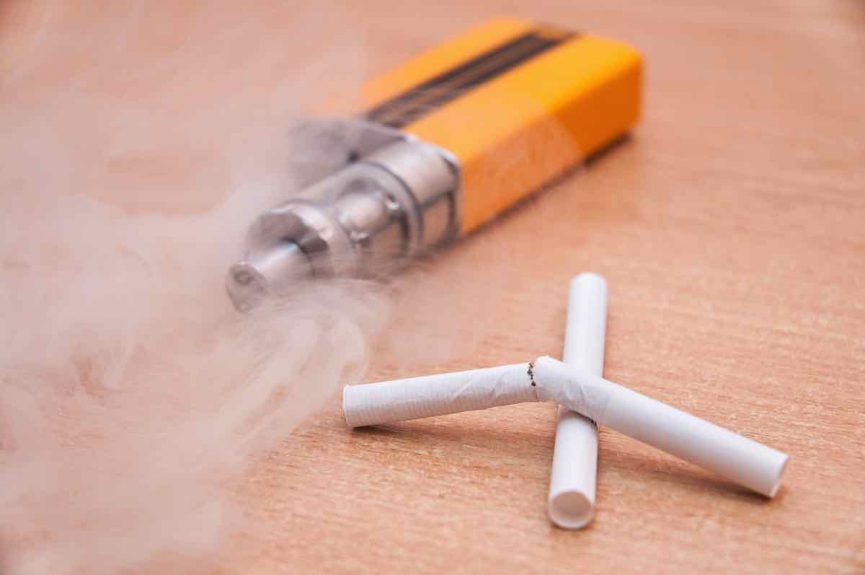 A study out of the UK gave free vapes to smokers to help with smoking cessation. The researchers found that quit rates rose to 35% more with the vapes than without them. The study followed over 70 smokers and studied their smoking patterns for 90 days after they were given the free e-cigarettes. The research team looked at abstinence rates at three different baselines: 30 days, 60 days, and 90 days. All the participants were smokers at baseline and they were all given Blu Pro e-cigarettes to measure their abstinence at all three baselines. The study also looked at general smoking rates and observed other interesting characteristics of vapers. Scroll down to find out more about the study.

What The Study Did

The participants also had to not have attempted smoking cessation before. Neither were they to have tried NRTs or other quit smoking medications (varenicline, cognitive therapy, etc.). This was important to test only the effectiveness of e-cigarettes as a quit-smoking tool. All the participants were smokers who smoked up to 10 cigarettes per day.

All the participants were given Blu Pro e-cigarettes which are refillable (the study was funded by Fontem Enterprises, a subsidiary of Imperial Tobacco). They were given the choice of five flavors (tobacco, menthol, blueberry, cherry, and strawberry mint) and liquid nicotine that ranged between three different strengths (0mg, 8mg, 16mg). Each participant was measured at three different intervals (the beginning of the study, 30 days later, 90 days later), where they had to answer an online questionnaire about their cigarette and e-cigarette use.

The researchers found that abstinence (no cigarette smoking) got as high as 35.6% among the participants after the 90 days. That figure rose steadily after each interval.

The study also concluded that participants favored flavored vapor products over typical tobacco or menthol flavors. The study also found that the longer a person uses an e-cigarette, the more effective it is to help them eventually quit. As for the dual-use category (where users smoke and vape at the same time), the study’s limits prevented it from looking more closely at the dual-use phenomenon.

But it did cite another important study. It said that another study specifically looking at dual-use smokers and vapers found that abstinence rates were higher with the vaping-only users than the dual-users or smokers only.

The researchers did admit there were limits to the study. It looked at a small sample (72 participants) and was uncontrolled (there was no comparison group), but its goal was to strengthen the possibility of giving free vapes to smokers to help them quit. While other smoking cessation methods (higher taxes, more explicit warning labels, etc.) have been successful the study author’s wanted to lend credence to another alternative.

The study also found that the participants overwhelmingly favored flavored products over the non-flavored ones. The study was limited to only three months and it was not able to see whether abstinence rates remained high or lowered with time. For that, the authors stated that more studies were needed to see whether providing these products for free would be an effective cessation method.