Will the FDA and Congress Usher in a Synthetic Nicotine Ban? 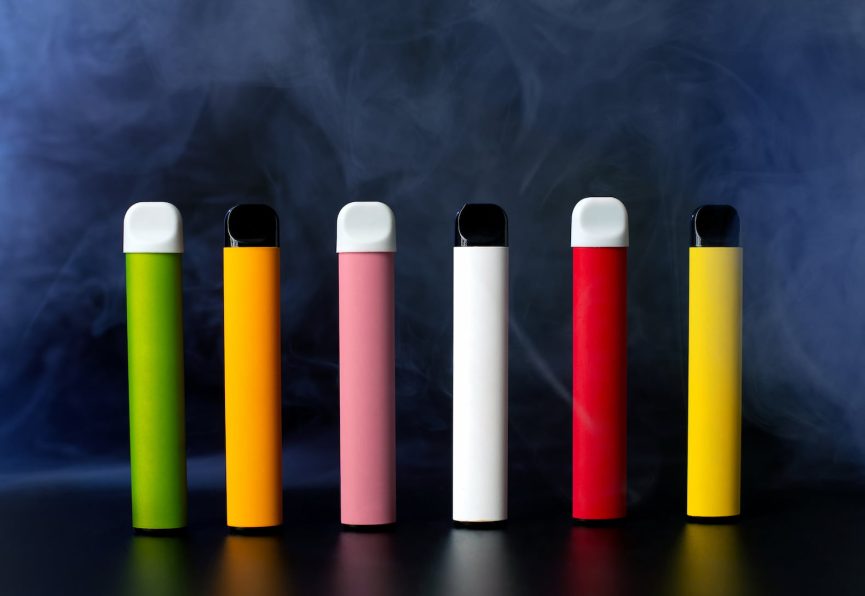 Due to the moral panic surrounding e-cigarettes and flavored e-juices, there has been a wave of laws and regulations from Washington DC. Unfortunately, these new rules have confused business owners and their customers, making it more difficult to make business and purchasing decisions. However, this quick and easy-to-read guide will make these new rules easier to understand.

Does the FDA Regulate Tobacco-Free E-Juice? The Proposed New Powers of a Synthetic Nicotine Ban

The short answer is no, but that could change. The regulations governing the sale of e-liquids made from tobacco are already very stringent. Still, they could worsen thanks to the Clarifying Authority Over Nicotine Act of 2021 sponsored by Democrat Congressman Mikie Sherill, the aim of which is a synthetic nicotine ban.

The language giving @FDATobacco authority over synthetic nicotine was included in the final spending bill passed by the Senate and will be signed into law by President Biden. https://t.co/huYX7KbVRx

The origin of the current problem lies in the Family Smoking Prevention and Tobacco Control Act, which was signed into law by President Obama in 2009. This law gave the FDA regulatory power over tobacco products.

Eventually, the FDA decided that this law gave it authority over the regulation of vaping products, too. This arbitrary decision resulted in the FDA requiring vaping companies to submit “premarket tobacco product applications” to get their products approved. In these applications, companies had to prove their products benefited public health. The vast majority of applications were denied.

“There has never been a more blatant attempt to circumvent regulation.”

The Senate has joined the House in passing the bill enabling @FDATobacco to regulate synthetic nicotine products.

E-cig makers used synthetic nicotine as a loophole to keep marketing flavored products to kids, and this law will stop them from evading FDA regulation. https://t.co/Z7R9qNkSOY

In response, companies started using tobacco-free e-liquids, which the FDA did not regulate. Congress’s reaction was to bring in the Clarifying Authority Over Nicotine Act of 2021.

Congress stripping funding for pandemic response while in the same bill taking space to shut down synthetic nicotine vaping feels like an apt microcosm of public health priorities in the US. https://t.co/cZcEM9K3t2

Between now and 2020, sales of flavored e-cigarettes and e-liquids using synthetic nicotine have risen significantly. According to the New York Times, synthetic and tobacco-free e-liquid accounts for two-thirds of vape store inventories and 20 percent of their sales. According to the same article, vape stores will make $6 billion from these products in 2022.

What Does the Synthetic Nicotine Law Mean for Vapers?

If an anti-nicotine regulation or law was enacted, the FDA would have carte blanche to regulate any and all things it considered a “tobacco product.” Even things that contain no trace of tobacco. They could even declare it a drug. There would be no way for businesses like PuffBar and other disposable vape companies to operate in this event. It would be a de facto synthetic nicotine ban.

In a beleagured economy, with inflation skyrocketing, do Congressional leaders really want to pass Big Tobacco legislation on synthetic nicotine? Here's what will be lost:
JOBS: -16,100
WAGES: -$802M
US ECONOMIC OUTPUT: -$2.5B
TAX REVENUE: -$527M

However, there may be no reason to worry. According to Govtrack.us, the bill has a one percent chance of passing. It is highly unlikely to pass, as vaping does not seem to be very high on Congress’s agenda presently. Congress is likely more interested in what is happening in Ukraine and inflation.

How Vape Companies and Vapers Are Reacting to Anti-Vaping Regulations

First off, why should anyone have to prove to somebody that his product is beneficial to those who want to quit smoking? In a criminal court, the state has to prove its case beyond reasonable doubt when trying to convict the accused of a crime. This prevents abuses from judges and prosecutors.

They can deny your application for any reason whatsoever, just as how in countries where the burden of proof is on the accused to prove his innocence, the state can convict that person on anything it wants.

It is no surprise that vapers and vaping businesses have formed their own lobbying groups to combat anti-vaping legislation. Such groups include the American Vapor Manufacturers Association. This organization was formed by small business owners who sell vapes and vape liquids to protect themselves against regulatory overreach. Considering that the most recent anti-vaping legislation has little chance of reaching the president’s desk, perhaps their efforts are paying off.

The Clarifying Authority Over Nicotine Act of 2021 shows how capricious the government is. Raja Krishnamoorthi, said that there is “absolutely no evidence” that vaping helps smokers quit.

Besides the troves of anecdotal evidence from former smokers who say vaping helped them quit, there is also hard data available. First, the British National Health Service has long maintained that e-cigarettes are effective smoking cessation tools. In fact, they brag in the link provided that a 2019 study showed people who use e-cigarettes along with professional counseling are more likely to quit than people who use gum.

As for the health effects of synthetic e-liquids, the NHS has also stated that e-cigarettes are safer than actual cigarettes. They do not say they are healthy, but claim them to be a safer alternative. Also, since this type of liquid in e-cigarettes has not been on the market all that long, there is no way to know its adverse effects – if any.

No one is saying that vaping is healthy or that synthetic nicotine is good for people. But regulators should not regulate products when they do not have all the necessary facts needed to make such a decision. The same goes for politicians.

Anti-vaping lawmakers have slipped language into the 2022 Omnibus Budget Bill that would be a near-immediate ban on the thousands of low risk e-liquids and smoke-free products that contain synthetic nicotine. TAKE ACTION NOW!https://t.co/HGDm67Voix

Another way to keep vaping legal is to vote against anti-vaping politicians. Not just in the general elections in November, but in the primaries. Contact your local election office, register to vote, and find out how to vote in your party’s primary.

It is quite rich that our government is tightening the screws on law-abiding American businessmen over a product that is likely harmless while they still allow cigarettes to be sold. If regulators really cared about public health, they would ban cigarettes, not push a synthetic nicotine ban.

Maybe this is not about public health at all. Perhaps this is more about big tobacco and big pharma trying to push out a serious competitor. What is the need for cigarettes when you can use vapes which have been shown to be safer? Why use gum as a smoking cessation tool when vapes combined with counseling have been shown to be more effective?

So that vapes and vape juice remain legal, it is important to support pro-vaping lobbying groups and watch who you vote for. Groups like the American Vapor Manufacturers Association are fighting an uphill battle to keep vaping legal, and they need financial support. Donating to their cause is a good way to help.