New Vape Filter Reduces Exposure to Vapor and Smell by 97% 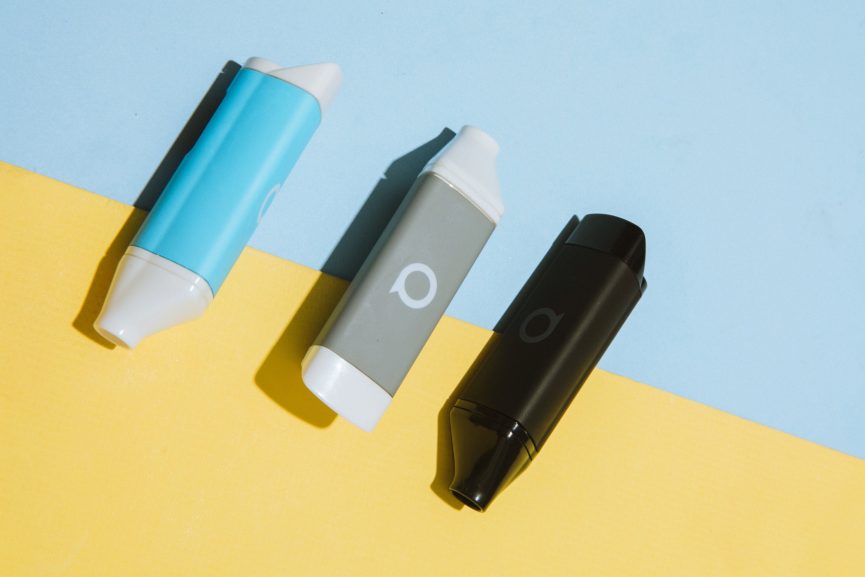 A California-based tech company has recently released a “vape filter”. It claims that the filter reduces exposure to smoke and vape aerosol by 97%.

The Phreedom (as it is called) attaches to any 510-threaded battery and cartridge. This way it acts as the device’s mouthpiece.

The vapor is filtered as the user inhales it. Users also exhale into the device, which is what cuts down on the odor and exposure to secondhand vapor. The company, Philter Labs, has created several filtering devices for vapes (both nicotine and cannabis vapes). All the filters use nanofiltration technology to cut down the particulate matter that is often littered throughout vape clouds.

The Vape Filter We’ve Been Waiting For

These people are not smokers but they may live with a smoker or they could be exposed to secondhand smoke in their surroundings (apartment buildings, on the street, etc.). Philter Labs is dedicated to reducing people’s exposure, not only to secondhand smoke from cigarettes but from electronic vaping devices as well.

While not as toxic as secondhand smoke, can irritate non-vapers, especially if they are in the same household.

For cannabis vapers, the filter aims to eliminate the tell-tale odor of vaporized cannabis. The company not only focuses on nicotine vaping devices but has filters for both nicotine devices and cannabis vapes.

The new Phreedom is designed for use with 510-cartridge based cannabis vapes. The company has two other devices in its line-up, both of which are also compatible with either nicotine or cannabis vaping devices.

How Do They Work?

The filters are basically like regular air filters. Only they use the company’s patented Zero-5 technology that can “capture and destroy” not only particulate matter but also pollutants and other volatile organic compounds.

🎊 Unveiling our all new #PHREEDOM! Attach it to your 510 battery, and simply inhale and exhale through the same mouth piece. No smoke. No smell. No extra devices to juggle. Just plug and play for seamless, cloud-free vaping… with one hand. https://t.co/MaMb4vIaCW pic.twitter.com/SEymGm4Bsq


The filters have small form factors, which make them ideal for on-the-go vaping, as well as user-friendly. This way people do not have to carry around giant air filters. What’s more the company has designed its filters so that they can be integrated into the vaping device’s design, and vice-versa.

The filters are designed to accommodate a small vaping device (think a Juul or a Pax Era) into the filter itself. This way users have an ergonomic device that is simple-to-use. The filters are not battery-powered and do not use electronics themselves so they are very sustainable. The filters inside the devices, do, sometimes, have to be changed, as the company says they can last for up to 250 puffs.

All About Philter Labs

Philter Labs is a technology company that is based in San Diego, California. It has joined a long list of start-ups aimed at redefining the experience not only of smoking but of vaping, as vaping becomes more and more mainstream.

As vaping continues to divide people between those who believe it is helpful and those who do not, Philter Labs is the company that is perfectly positioned to appease both sides. The company makes use of a scientific advisory board that consults on the filtration technology used in every Philter product.

Several experts on environmental technology and toxicology sit on the board. These experts have extensive experience not only working with tobacco but the effects of secondhand smoke on the human body.

What Else Does Philter Have In-Store

The Philter Phreedom is the brand’s first filter designed to work with 510-cartridges for either THC, CBD, or nicotine vapes. The brand’s other products include the:

The Phreedom is unique as users can both inhale and exhale from the filter’s universal mouthpiece. This way they neither have to keep the filter separately or turn it around like with the Phlip. The Phreedom arrives at the ideal time, as well. A major criticism of vaping has been that it creates unhealthy clouds of particulate matter that can impact everyone’s health.

The Phreedom, as well as the company’s other filtration systems, allow vapers a certain measure of freedom. They can vape where they like (but not where it is prohibited) and not bother anyone with the exhale from their vape. The Phreedom may be the first step toward a world where vapers and non-vapers can peacefully coexist.