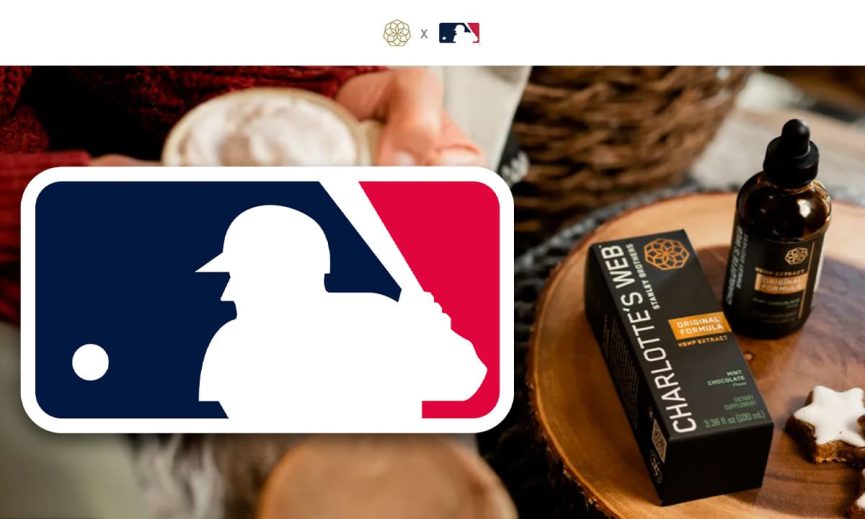 Charlotte’s Web, the storied CBD company named after a young girl with epilepsy, is now an official sponsor of Major League Baseball. The company announced that it had signed a deal worth $30 million with Major League Baseball, which became the first and only major sports league to partner with a CBD company. The deal signals a shift away from the days when athletes were penalized for the consumption and, even, possession of any cannabis-based product. The company will also start selling MLB-branded products and have even started marketing a new, sports-focused formulation aimed at high-level athletes.

The Benefits of CBD for Athletes

Many athletes from various backgrounds choose to use CBD because:

But it is trickier for professional athletes to use CBD because until recently the substance was banned by most sports leagues at every level. In 2017, the World Anti-Doping Agency (WADA), which screens and tests all Olympic athletes, removed CBD from its list of prohibited substances; although THC – the active ingredient in marijuana – remains banned.

However, CBD’s removal from the WADA banned substances list was not an endorsement of its efficacy. It was only a recognition that athletes should not be punished for using alternative therapies to aid in their recovery from injuries or strenuous training regimens. The science is still out on whether CBD conclusively helps athletes recover faster.

The New CBD Product for Athletes

The announcement of the partnership between Charlotte’s Web and MLB was timed to coincide with the release of a new product, which is the first MLB-branded CBD product. Charlotte’s Web Sport-Daily Edge tincture features the brand’s high-quality, full-spectrum hemp extract that has been specifically designed to promote:

The tincture also carries a NSF Certified for Sport designation, meaning that it has no illegal or harmful substances. The Certified for Sport label also means that the product has been through rigorous testing and has satisfied the requirements of the league and its banned substances policy.

The partnership was announced via press release and also stated that the Charlotte’s Web brand will be rolled out across several platforms (social media, TV ads, and billboards in stadiums) this fall, to coincide with the MLB postseason. On social media, the deal was met by skepticism by some fans.

One Twitter user, @pinkkatydid, wrote that, “I’m old enough to remember players losing weeks, seasons, and their entire careers over smokin a doobie during off-season. But yeah cool I guess.” Others wondered whether other sports leagues – NHL, NBA, NFL – would follow suit and endorse CBD.

Twitter user @kingink79 wrote, “Hey @AdamWylde @Steve_Dangle @JesseBlake, how long do you think before the NHL follows suit? I know a ton of ex NHLers have partnered with various weed/hemp/CBD brands”. Some Twitter followers were excited about the partnership.
@Bigtomk22YT wrote, “I use their products for my dog and absolutely love this partnership.”

John Travis, Principal Technical Manager at NSF (the certification agency that gave Daily Edge its stamp of approval) said the deal represented a “historic next chapter of America’s favorite pastime” and it is true, only athletes are still being punished for cannabis use. In 2020, American sprinter Sha’Carri Richardson was banned from participating in the Tokyo Summer Olympics because she tested positive for marijuana.
The three other major sports leagues all have varying rules governing marijuana and cannabis use. The NHL tests for it but does not punish consumption. The NFL and NBA now both allow athletes to have marijuana in their system, even though neither have gone as far as entering into a sponsorship agreement with a CBD company.

Whether they too will follow the MLB’s lead is hard to say. But this new sponsorship deal makes CBD much more visible to a larger audience. So, it is possible that, with time, CBD use among professional athletes and the general public will become more acceptable than it was in the past.