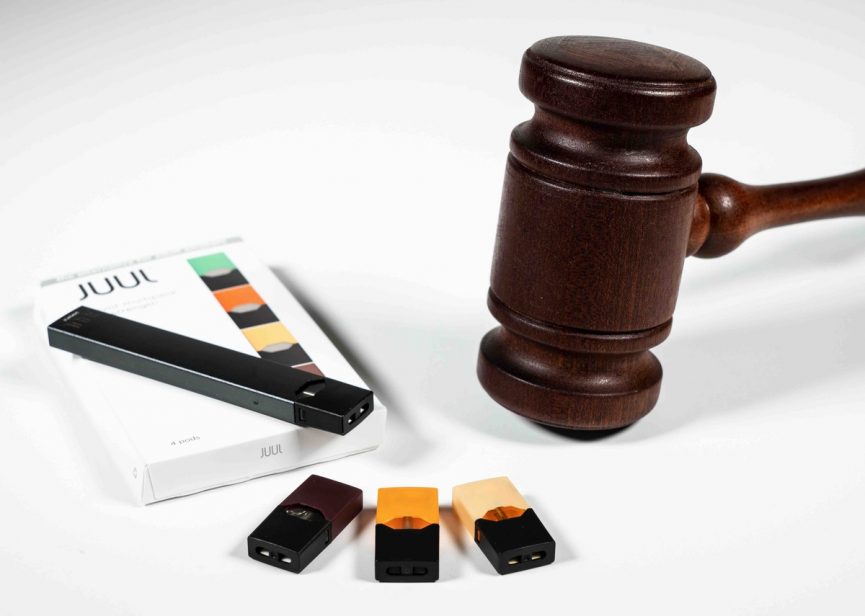 Eighteen different school systems in Tennessee have agreed to join a class-action lawsuit against Juul. It is one of the most popular e-cigarettes makers. The suit claims that Juul used deceitful marketing tactics to lure susceptible teenagers into vaping. The suit is asking for damages to cover the costs of increased counseling, prevention, and education programs for young people suffering from nicotine addiction and for more staff to monitor e-cigarette use. This new suit has not yet been filed. But it would be one more lawsuit the company faces while it awaits FDA approval to continue to be sold in the United States.

Who is Part of the Lawsuit?

Knox County Schools is the newest entrant into the class-action lawsuit against Juul. So far, 17 other school districts in Tennessee have agreed to participate. Entry into the lawsuit does not require state funding for the school district, so even private schools can join. However, the suit is only a drop in the bucket compared to the over 2,000 other lawsuits the company is facing.

States attorney generals, cities, and counties have all brought suit against the company in one way or another. The cases are similar in their claims and for the damages being sought. Schools primarily have focused on recouping the supposed costs of providing extra counseling services to students whom they allege became addicted to nicotine because of Juul.

All the suits claim that Juul used deceptive marketing in getting teenagers to buy Juul. They also claim that the primary point of sale for Juul – online. So it also allowed underage users to circumvent ID checks, something many suits claim the company did intentionally.

Why Are Schools Suing Juul?

Many suits against Juul brought by school systems claim that Juul knowingly plied teenagers with products they knew were hazardous to young people. In addition, all the lawsuits claim that Juul unleashed a torrent of nicotine addiction on school campuses across the country.

They also claim that Juul – which uses a more potent form of liquid nicotine than regular cigarettes – should bear the costs of hooking teenagers to nicotine, which has resulted in overwhelmed school staff, teachers, and counselors.

This is a new tactic that school districts have reverted to. School systems are not in the habit of bringing litigation, and states’ attorney generals led the lawsuits against Big Tobacco. School districts are often the defendant in lawsuits. But they are known to sue in specific circumstances. The furor over teenage and underage vaping has pushed them into new territory.

Will The Lawsuit Succeed?

There is a chance the lawsuit may reach trial. But the odds are more in favor of Juul paying out a settlement rather than going to trial. This past week the company decided to pay out $40 million to settle a similar lawsuit. It was brought by the attorney general of North Carolina, which bodes well for other states and school districts with similar litigation pending.

While the company did not admit to any wrongdoing, given the number of lawsuits it has to contend with from all sides, it is doubtful whether they can settle their way out of all of them. On the other hand, fighting each of them in court would lead to soaring legal and court fees.

Thirteen other states lined up behind North Carolina, waiting for their day in court or a settlement. On top of that is the federal government, suing Juul and one of its primary stakeholders, Altria, for antitrust violations in eliminating competitors from the market.