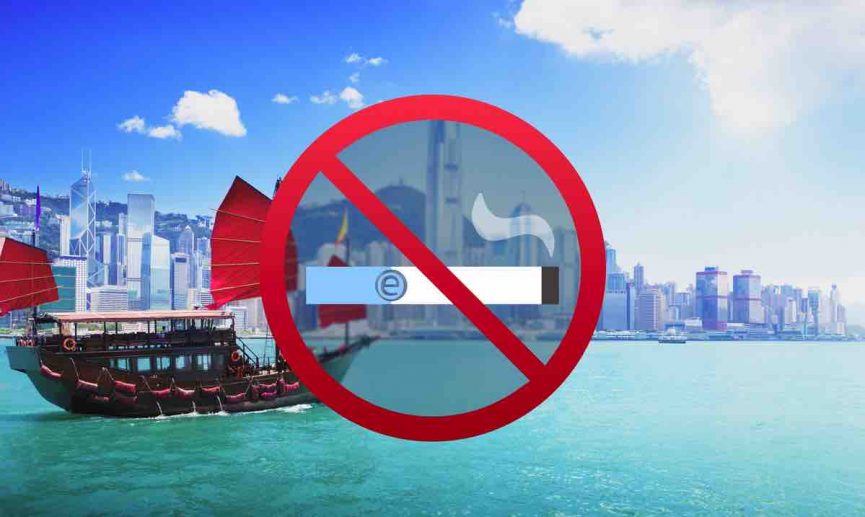 Alternative smoking devices, e-cigs, and HNB tobacco products, now stand banned in Hong Kong. This means that it will no longer be legal to be in possession of an e-cigarette anywhere in Hong Kong. The surprise announcement was made by Chief Executive Carrie Lam when making a policy address. Lam said that the need to ban e-cigarettes had been occasioned by the need to protect the citizenry especially the teens.

The ban has also been backed by the territory’s Council on Smoking and Health whose statistics seem to have informed Lam’s decision. The Council’s data finds that 37% of young people aged between 15 and 29 experiment with vaping devices. Arising from this fact, the Council is convinced that lack of a ban on e-cigarettes would normalize smoking among the youth in Hong Kong.

Hong Kong’s ban on vaping has caught many people unaware given that it was only in June this year that there was a legislative proposal in the same country that sought to regulate e-cigarettes in a similar way to traditional cigarettes. The proposal meant to come up with restrictions that would prevent minors from accessing e-cigarettes as well as outlawing the sponsorship or advertisement of the e-cigarettes.

Proposals raised optimism among tobacco products manufacturers as it made them see Hong Kong as a good potential market for vaping devices. The tobacco industry is currently experiencing mixed reactions in its quest for growth in the area of Alternative Nicotine Delivery Systems (ANDS). The recent announcement has, as it would be expected, not been welcomed by players in the tobacco industry. In fact, in a quick rejoinder following the news of the ban, the Coalition on Tobacco Affairs expressed its reservations for a full ban on e-cigarettes.

A full ban of e-cigarettes will only make black market business more popular, not help to protect teenagers under 18 years old and consumers,” read the statement by the coalition.

Tobacco industries that sought to sell alternative smoking devices in Hong Kong will now have to place their options elsewhere- at least for now. However, given that Hong Kong has a very low rate of smoking prevalence (10% of the entire population), the news could have very little significance to tobacco companies. Big Tobacco companies have in the recent past found themselves in a tight spot when it comes to e-cigarettes. Some of their products have been banned in some countries. In other countries, these companies have been subjected to strict regulations all of which have been designed to safeguard the young generation from early exposure to nicotine which has adverse effects on their health.

Hong Kong will ban e-cigarettes and other similar smoking products, the AP reportshttps://t.co/9Aj4z4JhxH

The current Hong Kong administration seems to share a different view on this topic. The previous administration had intended to do a full ban back in 2016 but admitted that a full ban was going to be problematic. The move was shelved after research by departments under the health docket concluded that implementing a full ban on vaping would pose problems.

Hong Kong joins at least 20 other countries that have a full ban on vaping which include Singapore and Thailand. Some countries like Australia have, on the bright side, banned vaping devices pending conclusive studies to determine their suitability in light of health concerns. On the other hand, some countries have banned e-cigarettes without a promise of a future review. There are some like New Zealand and the UK that have encouraged vaping as a safe alternative to smoking conventional cigarettes.