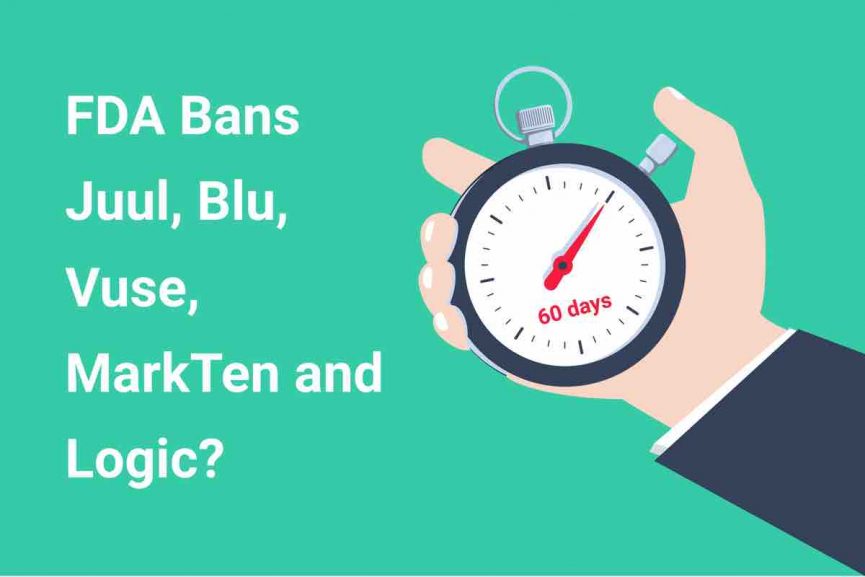 Flavored e-cigarettes might, in future, be a thing of the past. If words by Food and Drugs Administration (FDA) chief Scott Gottlieb are anything to go by, then all flavored e-cigarettes from Juul Labs and other companies will be illegal. During his speech at the FDA headquarters, Scott said that there was cause for alarm given that there has been increased use of e-cigarettes in the youth which has reached an “epidemic proportion”.

The availability of e-cigarettes cannot come at the expense of addicting a new generation of youth onto nicotine, and it won’t

These concerns by the FDA are an intervention aimed at curbing e-cigarette use in the youth who risk nicotine addiction in their tender ages. According to the Centers for Disease Control and Prevention (CDC), there were about 2 million students from both middle and high school who used e-cigarettes in 2017.[1] If measures are not put in place, this number could be more in 2018.

Increased Use of E-Cigarettes in the Youth

The increased use of e-cigarettes in the youth is primarily attributed to the wide variety of flavors that have been very enticing to the young generation. These flavors are the likes of bubble gum and candy.

Youth use of e-cigs has reached epidemic proportion. If current trends continue, we’ll have a generation of kids addicted to nicotine. In today’s #FDA #SUNDAYTWEETORIAL I’m going to talk about steps #FDA is already taking, and those we’ll announce, to stem this danger to kids. pic.twitter.com/8D2jJRmD0P

The FDA wants Juul Labs, Blu, Vuse, MarkTen and Logic to submit plans on how they intend to curb e-cigarette sales to minors within the next 60 days. Given that these are the top five e-cigarette brands in the US, the FDA is hoping to achieve a lot when it comes to discouraging the use of e-cigarettes in minors. Scott Gottlieb also said that the FDA would review its earlier policy that had given an extension of the dates it had set for some e-cigarette manufacturers to get approval from it before selling flavored e-cigarettes.

THREAD: We’re committed to our comprehensive plan on nicotine and tobacco regulation; but we have data showing kids e-cig use is at an epidemic proportion. We’ll release these results soon. We must adjust certain aspects of our strategy to stem this danger https://t.co/C5i0c22sRc pic.twitter.com/0DwDaqSIAg

Since the beginning of 2018, the FDA has had its eyes on the e-cigarette market. Regulation of the relatively new product has been taking place progressively. The FDA has also been issuing directives to manufacturers of e-cigarettes to comply with the regulations it has been developing. The most notable campaign by the FDA has been to tackle the issue of nicotine use in the youth.

The FDA appears hell-bent to eradicate the increasing exposure of nicotine products in minors which has been on the rise. Given the increased adoption of e-cigarettes, it means that more minors risk joining in the habit. There is, therefore, need for the FDA to sustain its campaigns against nicotine use among the youth. On the other hand, e-cigarette manufacturers are likely to suffer revenue reductions given that the regulations have far-reaching sales implications.