FDA Boss Resigns. What Does This Mean For the Vaping Community? 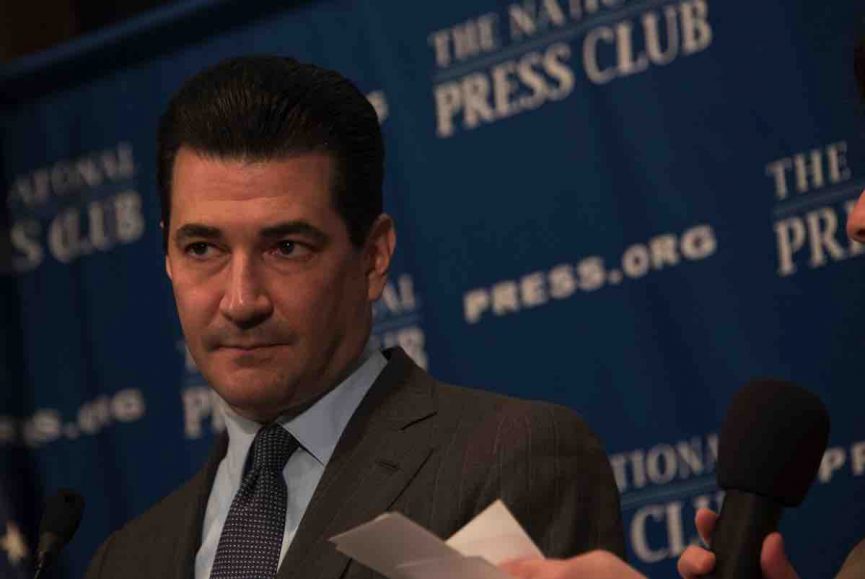 Scott Gottlieb, who has done an absolutely terrific job as Commissioner of the FDA, plans to leave government service sometime next month….

In a move not foreseen by many, Commissioner Scott Gottlieb has resigned. On March 5, he sent a letter to the secretary of the Department of Health and Human Services, Alex Azar II, informing him of his intention to vacate office in a month’s time. The FDA boss has been in office for less than two years since assuming his role in May 2017.

I’m immensely grateful for the opportunity to help lead this wonderful agency, for the support of my colleagues, for the public health goals we advanced together, and the strong support of @SecAzar and @realDonaldTrump – This has been a wonderful journey and parting is very hard. https://t.co/1Zu9y7NTwR

When tendering notice of his resignation, Gottlieb cited the much time spent to travel to Connecticut which denies him ample time with his family as his reason for standing down. At the beginning of the year, Gottlieb had denied rumors that he was planning to resign.

Before his appointment to the FDA, Gottlieb had been a venture capitalist and a scholar at the American Enterprise Institute. He was the winning choice over two other Silicon Valley entrepreneurs who had little experience in matters pharma. At the time, those opposed to his appointment cited his deep connection to the pharmaceutical industry. He, however, committed to divest from the industry.

His departure from the agency is unlikely to affect normal operations such as policy drafting and drug approvals. The only downside could be on the stakeholders who admired his leadership and the personal views he held on different matters.

For instance, the biopharmaceutical stakeholders praised his intentions hasten the reviews of generic and innovative agents. This could be, perhaps, the reason both the S&P pharma and the Nasdaq biotechnology indices shed some points after Gottlieb’s resignation was announced.

Possible Improvements or Rolling Changes Back?

Investors are apprehensive that Donald Trump could replace Gottlieb with an outsider who would reverse some of the achievements made by Gottlieb at the agency. There is also a fear that the incoming commissioner could raise the bar too high for drug approvals after a period of relative leniency that has been there during Gottlieb’s tenure.

Gottlieb’s greatest and widely acclaimed legacy will be his stand on tobacco regulation notably the issue of e-cigarettes. In fact, the stock market was upbeat for big tobacco as Altria and British American Tobacco gained two percent on the news that Gottlieb was due to resign. This was a great impression that the FDA has not been taking matters lying down with the tobacco industry. The industry perceived his actions as rather drastic and that the regulations were not favoring their businesses.

He has initiated the development of many policies touching on tobacco with much of the emphasis being on tobacco products especially e-cigarettes. His tobacco regulation roadmap appeared to have been the first thing he took up when he assumed office. Barely two months into his tenure, in July 2017, the agency unveiled the FDA’s Comprehensive Plan for Tobacco and Nicotine Regulations.

With Gottlieb at the helm, the FDA has stuck to this comprehensive plan. Gottlieb has been consistent in trying to ensure that the youth remain guarded against the use of tobacco products which would place them right at the center of tobacco addiction for the rest of their lives.

Scott Gottlieb, the FDA commissioner known for his aggressive efforts to regulate the tobacco and e-cigarette industries, resigns. ⁦@BySheilaKaplan⁩
https://t.co/UNsLCCtc2m

In 2017, the FDA gave tobacco companies that manufacture and sell e-cigarettes one year till August 2018 within which they would apply for approval of their products undr the tobacco products regulations. This deadline was later extended to 2022.

Unfortunately, this has been a window that has been exploited by those companies that do not wish to play by the rules. The window has also been an opportunity for people to continue consuming unregulated e-cigarettes and e-liquids.

FDA has been Fighting Against Misleading Vaping Labels and Advertisement 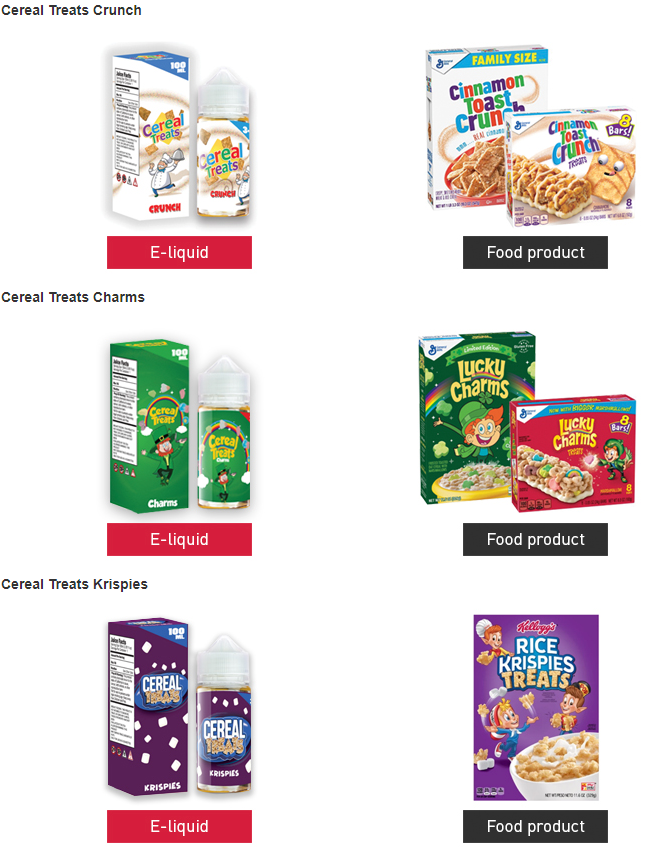 The battle with e-cigarette manufacturers began last year when it was established that there was an alarming rise in the number of kids using e-cigarettes. At the center of these unfortunate findings was Juul Labs, the San Francisco based company that manufactures JUUL e-cigarettes. It was found out that it had become very easy for the kids to access the e-cigarettes from retail stores and from online shops.

Another factor that was making kids go after e-cigarettes was that the products were appealling. As an intervention, the FDA announced a proposal aimed at preventing access to flavored e-cigs and a complete ban on menthol cigarettes.

There have even been calls for the FDA to rescind its earlier decision that saw it extend the period within which e-cigarette companies would apply for approval of their products from 2018 to 2022. However, in defense, the FDA said that the extension was meant to give both the FDA and Congress ample time to come up with inexpensive and less tedious pre-market approval procedures that would not drive vaping companies out of business.

The many e-cigarette regulations that Gottlieb has overseen while at the FDA, have been mainly to keep the products away from kids which would lead to nicotine addiction.

In fact, just a day to the announcement of his resignation, the FDA sent out warning letters to two companies that were selling e-liquids resembling cough syrup. The two companies, EZ Fumes and Undisputed Worldwide, are accused of carrying out the manufacture, sale and/or distribution of nicotine e-liquids and were advertising them as ingestible since they imitated ordinary cough syrups. 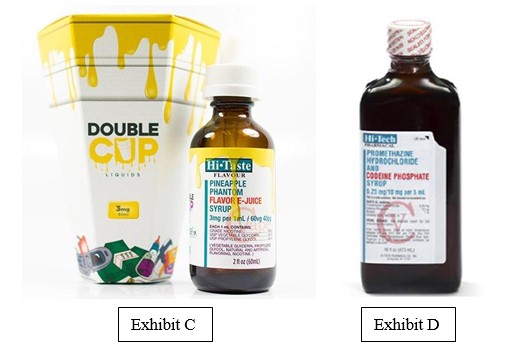 By deliberately making or selling e-liquid products that look like prescription cough syrups, these companies are putting adults and children at risk of nicotine poisoning. The products are being designed in ways that make them falsely appear to be ingestible,

The action is part of the agency’s ongoing effort to protect kids from tobacco products, including the risk to both children and adults of poisoning by nicotine-containing e-liquid products that misleadingly appear to be ingestible,

It now remains to be seen whether the next FDA Commissioner will sustain the e-cigarette campaigns that Gottlieb started. The gain in the share prices of both British American Tobacco and Altria indicate that the tobacco industry investors are hopeful that a new boss would be more lenient in terms of the regulatory regime. Some vapers supported his intentions while others felt he was being unnecessarily strict.

On the other hand, anti-tobacco activists will be hoping to see someone who will continue to implement the comprehensive tobacco plan that Gottlieb has been rolling out.

It may not matter who succeeds Commissioner Scott Gottlieb. What matters is that he ought to be replaced with a person who will take care of the health of the American people just as Gottlieb was trying to do. Most people agree that teenage vaping should be prevented by all means possible, lest we are faced with a generation grappling with nicotine addiction. Such a possibility would be a disaster given the many diseases caused by tobacco products. This would lower productivity and cost the taxpayers medical costs running into millions of dollars.

Let us know your opinion regarding further FDA’s steps. How do you think Norman E. “Ned” Sharpless, M.D will perform on the commissioner position?