Banned Vapes Are More Popular Than Ever; where is the Federal Government? 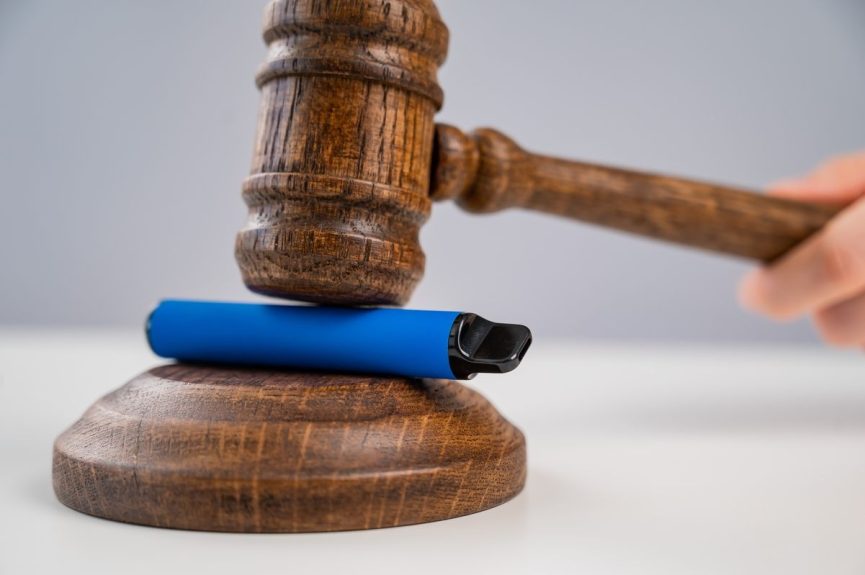 Illegal, banned vaping devices are still flooding the US market, despite the crackdown by all levels of government. Even after the federal government banned all flavored vapes and the FDA imposed new regulations to curb the manufacture, production, and sale of vaping devices, consumers still buy fake, counterfeit, and dangerous e-cigarettes. The widespread popularity of the Puff Bar — a disposable vape — is a symbol of the ineffectiveness of federal regulations since it breaks all the rules but is still widely available.

What is the Problem?

The problem facing consumers, the legitimate vaping industry, and federal regulators are that many illegal, counterfeit vapes are still entering the US despite all the rules and regulations governing vapes. Even though US Customs has stopped several illegal vapes from entering the country, it does not compare to the vapes that get through the cracks.

Walk into any vape or smoke shop, and you can find dozens of vapes that have not received FDA approval and are considered illegal because of the federal flavor vape ban. Many of these devices are being sold and used without any federal oversight. These illegal vapes are coming from China, which has filled the void after the government shut down US manufacturers.

Is Flavor Vape Ban Helping to Stop Youth from Smoking or Vaping?

“While flavored e-cigarette sales restrictions may reduce adolescent and young adult e-cigarette use, there may be unintended consequences, like undermining harm reduction among adults who use e-cigarettes to quit cigarettes, prompting e-cigarette users to switch to cigarettes, or leading to youth initiation of conventional tobacco products “

Some reduced e-cigarette use, but many reported intentions to continue e-cigarette use, by using tank-based e-cigarettes, available flavors, or flavors accessed through alternative sources. More concerning, some switched to cigarettes. Similarly, in response to future restrictions of all flavored e-liquids, young adult e-cigarette users largely indicated that they would either quit vaping – the ideal scenario – or switch to cigarettes – the least desirable scenario.

It makes no sense for the government to come down hard on American-made products willing to meet the FDA’s safety standards. At the same time, Chinese manufacturers send millions of poorly-made, unregulated products to the US market freely without any fear of consequences. The FDA even took Juul off the market this past summer, signaling that the agency can shut down a famous e-cigarette brand.

The federal flavor vape ban was created in response to the popularity of Juul, which was blamed for the explosion in teenage vaping in recent years. The company applied for premarket tobacco product approval. Still, it was denied by the agency, which cited problems with the company’s application, including evidence of toxic chemicals in its e-juice.

Even though several companies have received FDA approval, including e-cigarettes backed by Big Tobacco like the Vuse and NJOY, the Juul, which is partly owned by Altria, aka Philip Morris International, was not approved. The FDA cited several reasons for denying the company’s approval. Still, the company has appealed the decision, giving it a slight reprieve since it can continue selling e-cigarettes while the agency considers its appeal.

What is the FDA Doing Now?

The makers of the Puff Bar — EVO Brands LLC and PVG2 LLC — were sent a warning letter this past fall. The letter outlined the consequences if the company continues selling Puff Bars in the US, including an injunction and being permanently shut down. The threat is not idle since the agency imposed injunctions on six US vape retailers and manufacturers this year.

These companies were sent several warning letters by the agency and did not stop selling, making, or marketing non-FDA-approved vapes, so they were shut down. These companies can appeal the decision, but they can also agree to be overseen by the government, an action known as a consent decree, to ensure they follow federal regulations.

But it is the uneven treatment of vaping companies in the US versus the blind-eye approach the government and FDA are taking to foreign e-cigarette makers that upset most vapers. The government is going after US companies that follow high manufacturing and production standards, while unregulated and untested companies are flooding the markets with unsafe products.

Instead, the government should be supporting home-grown manufacturers and producers since they are the ones who are more agreeable to rules and regulations. In contrast, foreign producers are not accountable to anyone and cause the most damage. Vaping regulations should protect consumers, not punish companies that want to help people quit smoking and lead healthier lives.