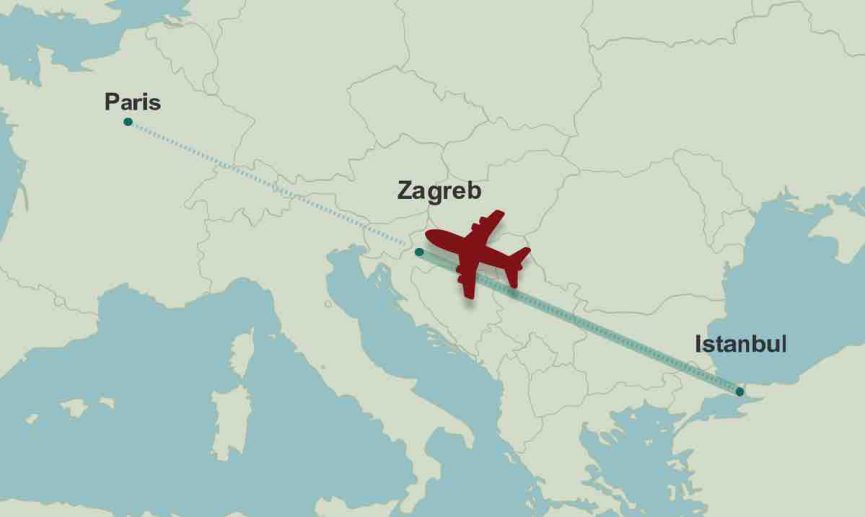 The crew members aboard a Pegasus Boeing 737-800 were in for a shock when an e-cigarette burst into flames mid-flight forcing the pilot to make an emergency landing in Zagreb. The incident has forced many to reconsider permitting e-cigarettes on flights, a step which will be a painful but a necessary inconvenience.

Inconvinience on a Plane

According to the Turkish newspaper, The Daily Sabah, an e-cigarette from one of the passenger’s luggage exploded into flames.

The unfortunate incident took place in the cargo section of the plane. FlightRadar24 confirmed that Boeing 737-800 was halfway its journey from Istanbul, Turkey to Paris, Francewhen it was forced to make an emergency landing in Zagreb, Croatia. The incident happened on Tuesday, 2nd October 2018. According to Turkish Air News, the passengers were led to safety upon landing. It further added that the situation was already under control when the emergency services intervened.

Pegasus Airlines Flight #PC1135 SAW-ORY operated by B737-800 TC-AMP diverted today to Zagreb due to fire indication in cargo compartment. All pax evacuated, no intervention by fire brigade needed. pic.twitter.com/cS6USBg75I

Fire Alarm System Has Been Triggered by a Smoke

The Daily Sabah also reported that there were no casualties when the e-cigarette exploded. The explosion started a fire that triggered the fire alarm system in the plane. Investigations later confirmed that an e-cigarette explosion had caused the mayhem as reported by the airlines company. Pegasus Airlines, a pocket-friendly Turkish flight provider, has never experienced a flight glitch of this type before. This begs the question on how safe the e-cigarettes are in planes and whether the current regulations are efficient. The accident would have been worse if the gadget was in the crew’s cabin or in the owner’s pockets.

It is, therefore, the responsibility of all the users to prioritize their safety and the safety of those around them. The only sure way to limit the cases of e-cigarettes bursting into flames is buying approved quality gadgets from licensed companies. The federal government should work on providing safe and standard measures for all.