Targeting of Racial Minorities Behind Call for Columbus Menthol Ban 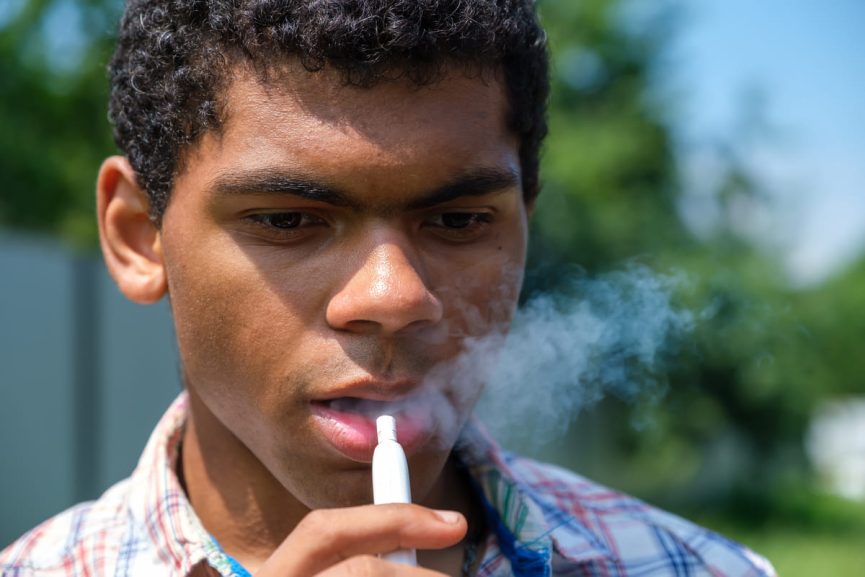 Small business owners and public health advocates squared off at a Columbus city council meeting Wednesday to decide whether or not to ban menthol and flavored tobacco products. Calls have grown for a Columbus menthol ban ever since Columbus Public Health released a study showing a disproportionate amount of tobacco retailers are located in primarily poor, minority neighborhoods. These areas also have above-average smoking-related illnesses like strokes, COPD, and asthma.

However, vape shop owners warned of a drop in sales and potential financial losses if the ban is enacted. There was no vote on the matter, and another town hall meeting is scheduled for late November.

Why Should We Ban Menthol?

People are demanding that the Columbus City Council ban menthol cigarettes and flavored vapes from stores.

The arguments given in Wednesday’s Columbus city council meeting were familiar ones. According to the study conducted by Columbus Public Health:

The coalition calling for a ban on the sale of menthol and other flavored tobacco products includes the head of the Urban League, the head of the YMCA, and the African American Tobacco Control Leadership Council, headed by Dr. Philip Gardiner. Gardiner believes the tobacco industry has preyed on poor, urban communities with racially-based marketing practices.

He cited statistics from several studies over the years that showed:

Amanda Turner, executive director of Tobacco 21, said:
”There are studies that show if you’re using menthol cigarettes and you want to quit and you switch to regular cigarettes, you have a higher chance of quitting because menthol is a flavor. It’s a cooling agent, it suppresses coughing”.

Cigarettes are not racist, but the tobacco industry’s racism toward Black and minority smokers is well-documented. In the 1950s, Big Tobacco began a concerted effort to target Black people with menthol cigarettes, which they knew were much more addictive than regular ones. The industry’s advertising campaigns in minority communities were a success.

Big tobacco targets Black and minority communities with menthol cigarettes since the cooling flavor makes it easier to get these groups hooked. Because of this targeting, tobacco is the leading cause of preventable death in the Black community. It's time to #EndTobaccoTargeting. pic.twitter.com/9aHc1YGX7E

More Black people started smoking, and more Black people began dying. Even today, the CDC reports that Black (non-Hispanic) people make up 14.4% of all smokers in the US, more than Whites, but less than American Indian and Native populations. However, the proportion of Black smokers has declined throughout the years because of better education about cigarettes and community-sponsored cessation programs.

The sale of menthol cigarettes was banned in Canada in 2015. A study in 2018 found that the ban significantly impacted smoking habits. It found that menthol smokers were more likely to quit than smokers of regular cigarettes. The study also projected that a US menthol ban would lead to 789 724 people quitting smoking daily.

Conclusion – Will the Ban Be Introduced?

At Wednesday’s meeting, many vape show owners feared a menthol ban would hurt their businesses. Other opponents of the ban said it would discriminate against Black people and consenting adults who want to smoke menthol. Some attendees even mentioned that vapes and other flavored products could help smokers quit.

Dr. Gardiner and other public health advocates said those arguments are valid but do not outweigh the positive impacts a ban would have. He cited the research from the Canadian study and the this year that it had proposed a federal ban on menthol and other flavored products.