СDС: THC May be a Part of Vaping Related Injuries and Deaths 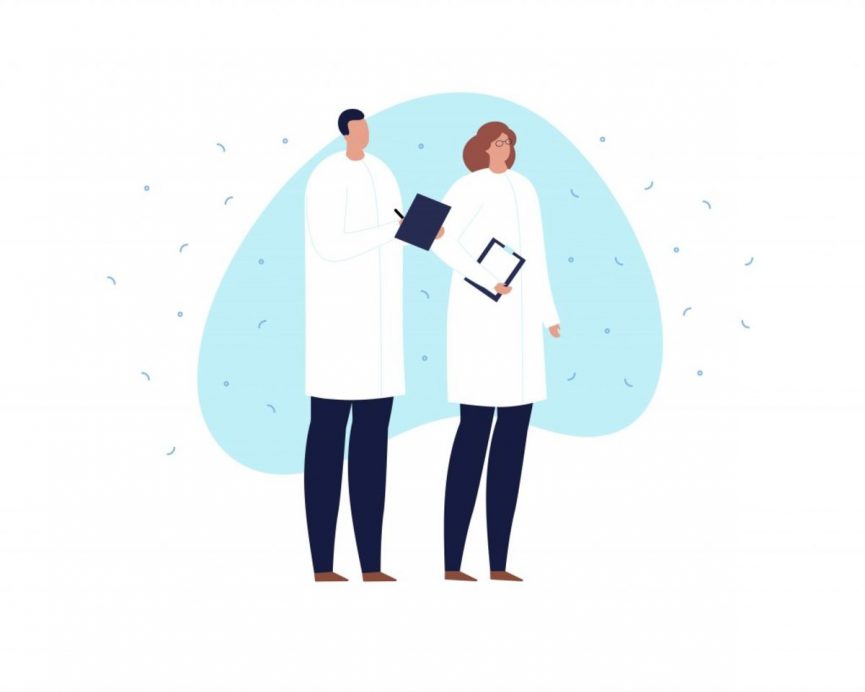 CDC confirms that THC vape juices and cartridges may be the biggest contributor to the recent vaping illnesses and deaths. In a press release, it said it is working in pinpointing the exact cause.

The Centers for Disease Control and Prevention (CDC) on Friday confirmed that THC was highly responsible for the recent vaping illnesses and deaths with a report showing that most of the victims purchased the THC products from the black market.

On that same day, the Centers for Disease Control and Prevention (CDC) issued a press release confirming that THC products are to blame for vaping-related illnesses and deaths.

The CDC, in its press release further said that probable or confirmed cases of vaping-related illnesses have significantly risen to slightly more than 800 cases in the United States alone. Some of the most affected states are Texas, California, Illinois, and Wisconsin. The CDC further reiterated that a significant number of patients in Wisconsin and Illinois became seriously ill after the use of vape cartridges known as Dank Vapes. Based on these disturbing statistics, the CDC stated that it would not relent in its fight to have such products out of the market.
The CDC acknowledged that pinpointing the true cause of vaping-related deaths and illnesses may need a significant amount of time.

However, CDC officials asserted that finding the exact culprit is somewhat challenging given the wide variety of products the affected ones use and the wide array of cases reported. Even though the last update was that Vitamin E acetate was linked to these deaths, CDC still insists that it is still investigating the matter.

Though the investigation is ongoing and the cause remains unknown at this time, today’s report provides the first national comprehensive data on the characteristics of cases reported to CDC, including sex, age, and select substances used in e-cigarette, or vaping products.

Besides advising individuals to refrain from using vaping products and e-cigarettes, CDC reiterated that it would foster strong working relationships with state partners and FDA to protect more people from falling into this trap.

CDC has prioritized much of its effort to find out the cause of deaths and lung injuries. Sadly, the efforts of CDC seem to be dealt a major blow as it is hard to detect how THC vapes –mostly illicit ones- get purchased. A majority of them are sourced from family friends, illicit dealers, and friends, on or off the streets. 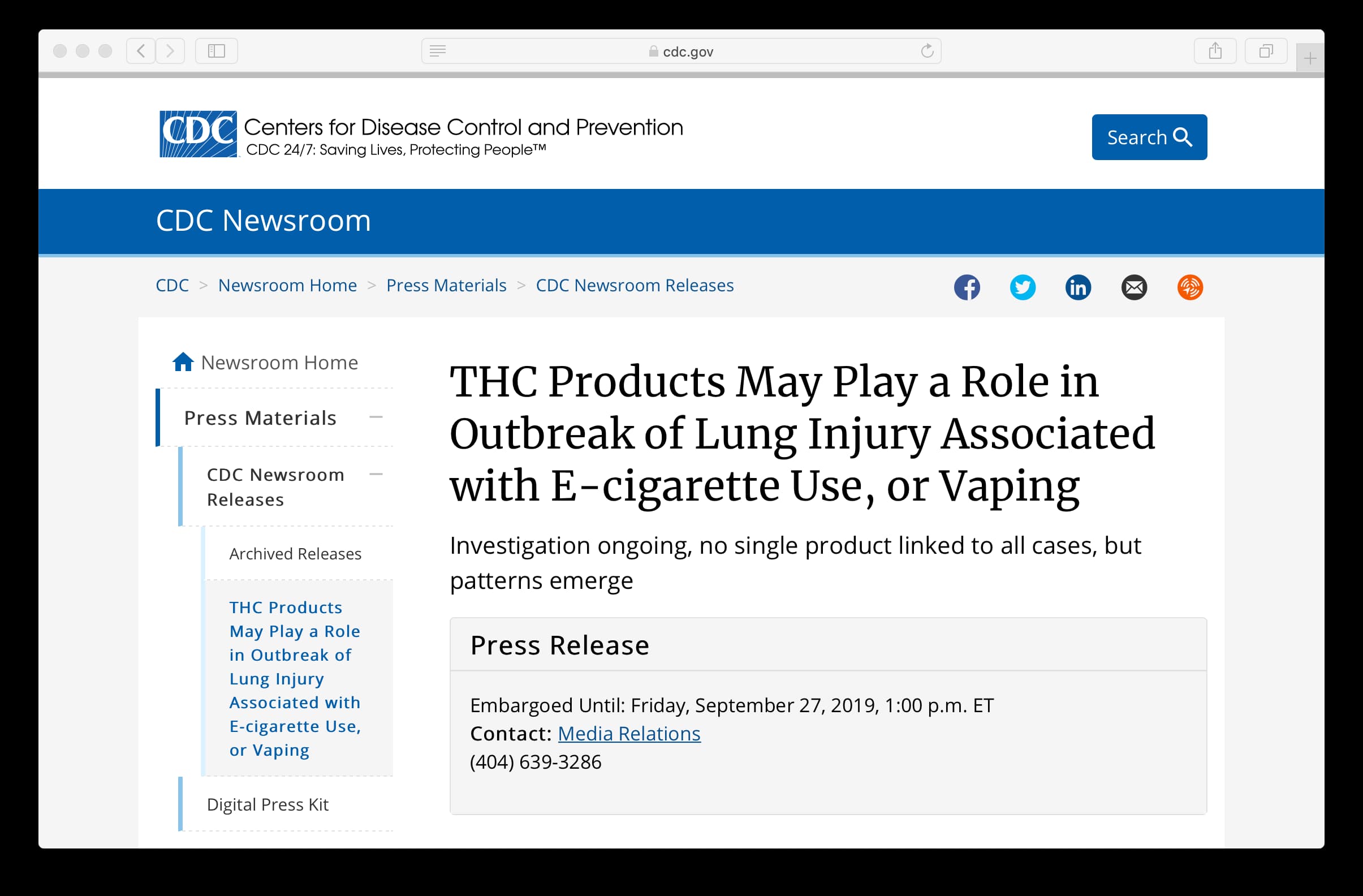 According to CDC, those that happen to be affected the most are youth and teenagers. The median age of the affected persons is 23 years. Furthermore, nearly two-thirds of the affected ones are between 18 and 34 years of age. So far, 14 deaths have been reported with new fatalities being reported in Nebraska, Georgia, Mississippi, Oregon, North Carolina, and Florida.

In the wake of all these, the Trump administration issued a federal ban stating that it will enact a law to outlaw flavored e-cigarettes. This has had a trickling effect with some states banning vaping as a result, while others are banning vaping in relation to the deaths within their states. For instance, the Massachusetts governor recently issued a ban on all vaping products. While this move was criticized by sellers and users of vaping products, it left current and former smokers without a harm-reducing product.

Apart from Massachusetts, Washington Gov. Jay Inslee issued executive order against vaping products.In his statement, the governor issued a decree directing Washington’s health officials to prosecute anyone found selling or using flavored vaping products. Washington’s governor cited increase in teenage vaping and an outbreak of lung disease as part of his justification. Jay Inslee’s ban is by the use of unilateral executive action.

WA has its 1st known case of vaping-related disease. We must act to curb this growing public health threat & we won’t wait for the fed gov't. to act. @WADeptHealth announced today they're moving ahead with my request last week to look at policy options including a ban on flavors.

The bans across states did not stop there. Hot on the heels of Massachusetts and Washington was Rhode Island. Here, Gov. Gina Raimondo also issued a statement banning the use of electronic cigarettes across the state. Just like Washington’s governor, Gina Raimondo argued that a lot of teenagers were now hooked to teenage vaping and the outbreak of lung illnesses never witnessed before across Rhode Island.

Rhode Island is the fourth state to ban sales of flavored e-cigarettes in response to the youth e-cigarette use epidemic. https://t.co/suOxdVJqwg

To sum it all up, there have been hundreds of vaping-related illnesses reported in plenty of states across America.

Much worse, more than fourteen deaths have been reported with some expected to be reported in the near future. While there are claims that such deaths and illnesses are as a result of many factors, THC products are cited as the probable cause. Based on recently published data and statistics, those who use these products have been forced to visit health facilities that those who haven’t tried them.