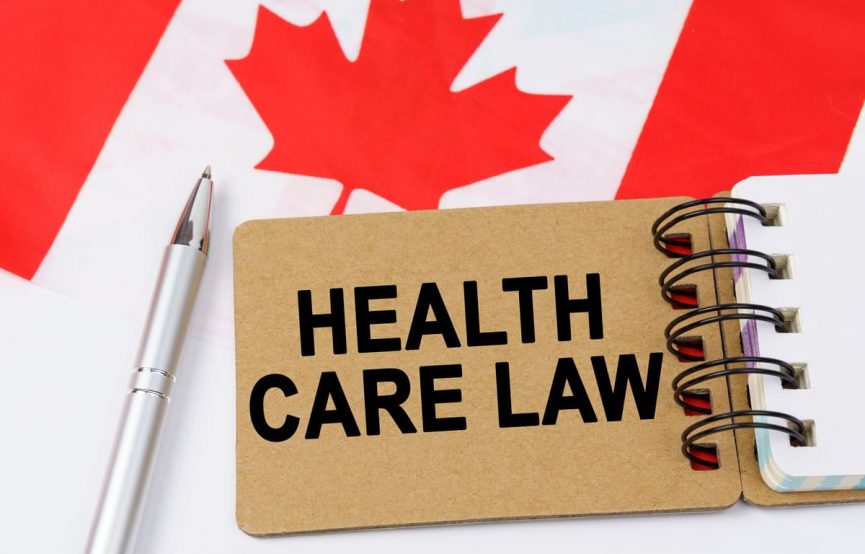 Health Canada recently put forth a proposal to cap nicotine levels in vaping products at 20mg/ml. The move comes after provinces like British Columbia and Nova Scotia implemented caps on nicotine products in their respective jurisdictions.

The nicotine cap is also primarily motivated by the supposed “increase” in teen youth vaping in Canada. The government is planning to hold a 75-day listening period where members of the public can comment on the proposal. This outreach led two US nicotine scientists to lend their expertise to the agency via a strongly worded memo outlining the flaws inherent in Health Canada’s request.

Health Canada proposed the nicotine cap change last year. Since December 2020, the agency has been soliciting comments from the public about the proposal. The proposal would change the current laws allowing vaping products (e-juices, pre-filled pens like Juul) to have a nicotine concentration of 66mg/ml.

The new cap would be 20mg/ml, similar to the level that the EU caps its nicotine products. Health Canada, on its website, explicitly states that the rule is aimed at preventing teens from vaping. It says that “these products (vaping products) have contributed to the rapid rise in youth vaping in Canada.” 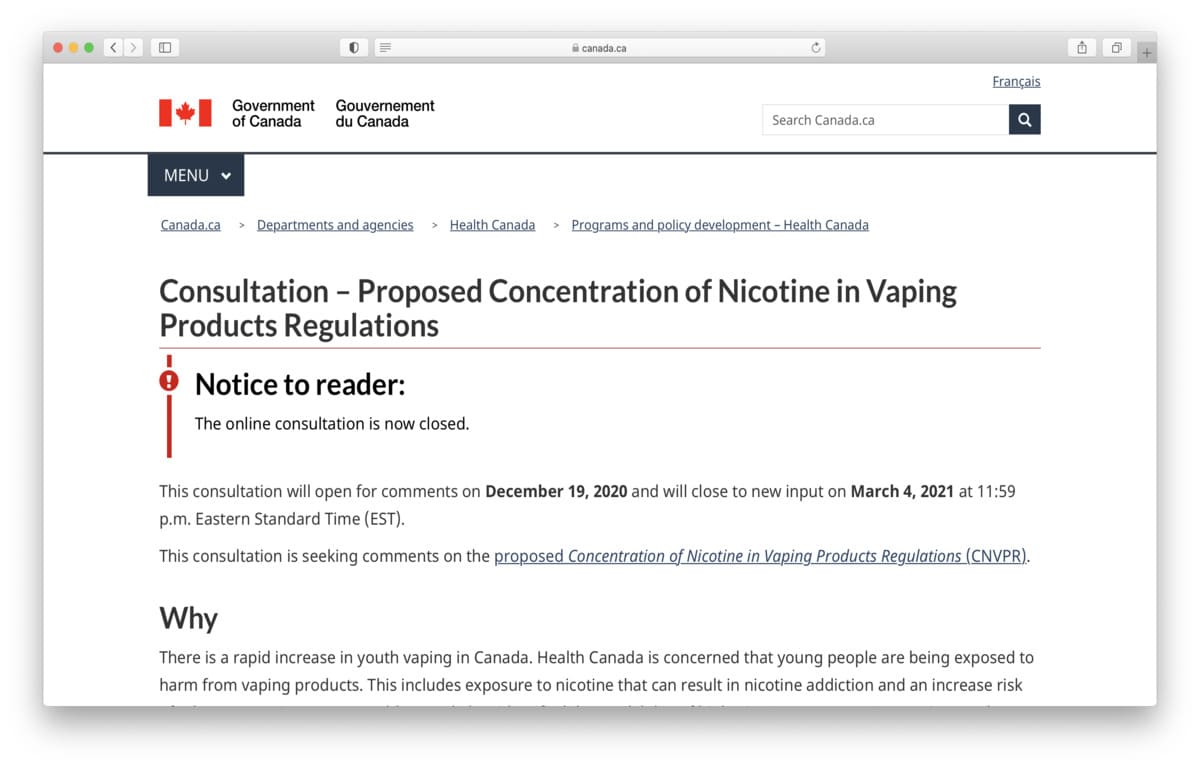 What Brought On the New Proposed Rule?

The agency was also pressured by anti-smoking/vaping groups like the Canadian Cancer Society. Those organizations were alarmed when a report from David Hammond, a professor in the School of Public Health at the University of Waterloo who studies youth vaping, said that youth vaping had increased in Canada by 11 percent in two years.

The study largely blamed nicotine salts – the high-concentration nicotine formulation that is much more potent than regular, free-base nicotine e-liquids – on the increase. It stated that teens were becoming more nicotine dependent because of the availability of such products on the Canadian market.

The new rule would also amend the Vaping Products and Labelling Regulations, which would change the directive to cap nicotine products at 60mg. It would also prohibit the sale and labeling of any nicotine vaping products that contain nicotine levels higher than the proposed 20mg/ml cap.

Two provinces, British Columbia and Nova Scotia have already imposed a new 20mg/ml nicotine cap, as well as flavor bans that prohibit any non-tobacco or menthol flavor. The Nova Scotia law also imposes a $0.50 tax on every mL of e-juice sold in the province. Yet, after the rule took hold in Nova Scotia, the province saw an unprecedented spike in the sale of combustible cigarettes.

The rise in smoking is what most concerns two US nicotine scientists that sent a memo to Matthew Cook, the director of the Tobacco Control Directorate Department of Health
Canada. The two researchers Dr. David Abrams & Dr. Ray Niaura (himself Canadian) of the New York University School of Global Public Health, did not mince words.

They explicitly say that “Your proposed policy will reverse these trends (declining smoking rates) and drive both youth and adults back to using lethal combusted (sic).” The two professors, who have over 30 years of experience researching nicotine and tobacco control policies, state that a limit on nicotine would hinder efforts to get people to stop smoking.

Drs. Abrams and Niaura give many reasoned arguments on why the proposal will fail and have adverse consequences. They cite the fact that:

Abrams and Niarua also argue that it is wrong-headed to be so preoccupied with the potential consequences of teenage vaping while ignoring the real potential for disaster that limiting nicotine concentration could have. While they, and, indeed, organizations like the Canadian Vaping Association, support “nicotine management,” the doctors stated that any rule must strike the right balance of protecting teens and supporting adult smokers.

How You Can Stop the Nicotine Cap

Canadian vapers can make their voice be heard by contacting Health Canada directly via email or regular mail. Several pro-vaping organizations like the Vaping Industry Trade Association have set up mailers to send to Health Canada for those opposed to the new rule. The open comments section’s deadline is this week, March 4th, so make sure to tell Health Canada what you think about the proposed nicotine cap.