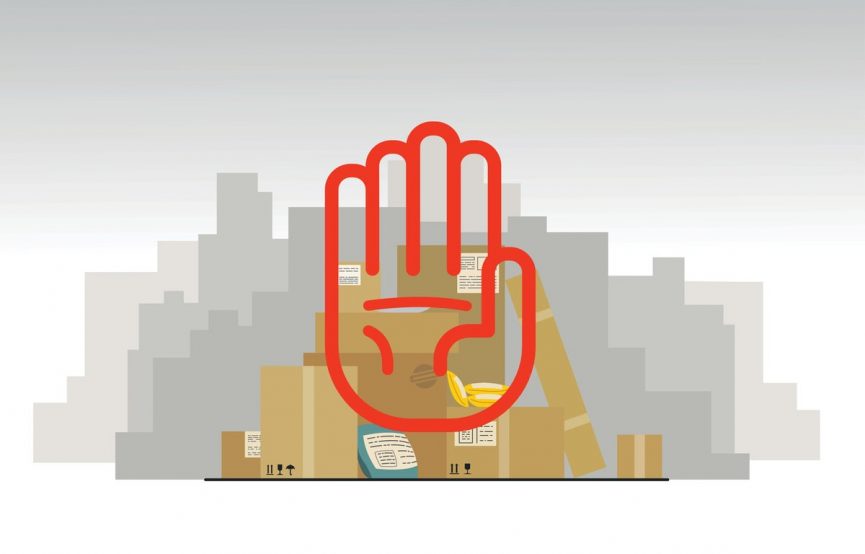 After a tense standoff between the President and Congress over the massive $900 billion spending bill, the President relented and signed the bill into law this past Sunday. While the passage of the bill brings much-needed relief to struggling Americans, the bill also contained an amendment that prohibits electronic nicotine delivery devices and their components from being delivered via the United States Postal Service. Is it a ban on vaping? The bill was originally introduced last year by Senator Dianne Feinstein (D-California). It stalled in both the House and Senate until it was added to the larger, and much more important budget bill that not only provides stimulus checks to unemployed Americans but funds the government.

Ban On Vaping. The No-Chance Bill

The $900 billion spending bill was a no-brainer. It was going to provide a crucial lifeline to the millions who have been put out of work by the pandemic. It was also going to provide funding for the federal government, which was a tactic that ensured its passage. Everyone was surprised when, out of nowhere, Democrats in the House added sections of the Preventing Online Sales of E-Cigarettes to Children Act, as well as the Prevent All Cigarette Trafficking (PACT) Act.

The two bills together would make the interstate selling and distribution of vaping products almost impossible in the United States. The former bill would effectively prohibit the United States Postal Service from delivering vaping devices bought online. The latter would place onerous tax restrictions on vendors that carried severe penalties if they did not comply with them.

Separately, the two bills could’ve been stuck in Congressional limbo for years, as a majority of bills are. But the efforts of House Democrats to fold the two bills into the larger, and undefeatable, pandemic relief bill, all but assured that they would pass. No sitting Congressman or Congresswoman would stick their neck out for vaping rights when so many other issues were on the line, including stimulus money for out-of-work Americans.

Alone, the Preventing Online Sales of E-Cigarettes to Children Act had only a meager chance of passing, even though it did have bi-partisan support in its early iterations. Now that it is the law, the Postal Service must set up its regulatory scheme within 120 days. After that period, no vaping devices, legally defined as:

“any electronic device that, through an aerosolized solution, delivers nicotine, flavor, or any other substance to the user” will be allowed to pass through the USPS’s system.”

Even those components with no nicotine (like nicotine-free e-juice or CBD pens) will be accepted for shipment by the Postal Service. This leaves only private carriers like UPS and FedEx as the only options for delivery, only FedEx signaled this past week that it would also be prohibiting vaping devices from its global logistics network.

As for the PACT Act, all vape retailers must now submit reams of paperwork to the federal government to ensure compliance with the new laws. Among those new laws are stipulations stating that:

These regulations are most often tied to the tobacco industry to prevent illegal, interstate cigarette smuggling, but as the DEA has now folded vaping products into the realm of tobacco, these regulations now apply to vapes as well. They are now just another screw that the federal government is turning to squeeze vape retailers out of business, all in the name of protecting children.