Big Drop Reported in Vaping by US Teenagers 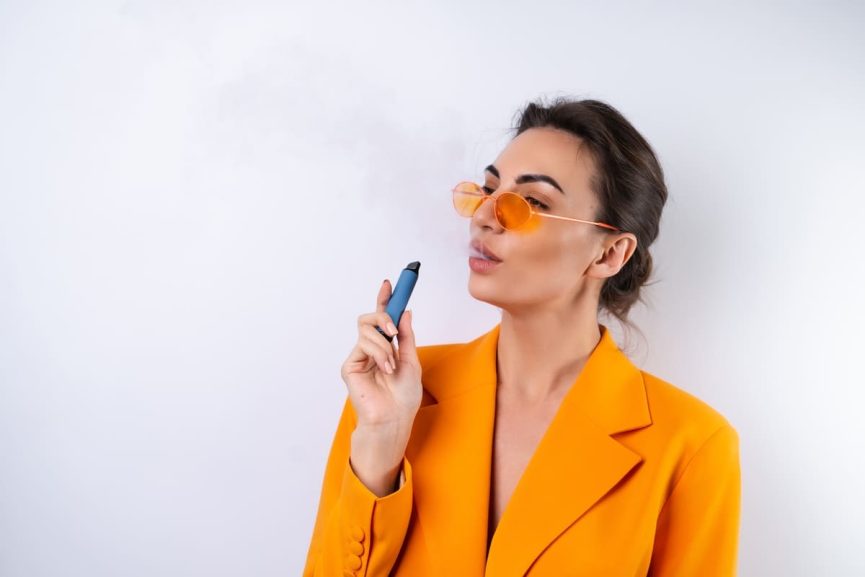 One of the current moral panics is over teenagers and middle schoolers vaping. However, is this panic justified? Recent statistics from the CDC and other agencies show that there has been a decline in vaping amongst American youth. Yet, federal agencies and politicians seem determined to drive vaping from the marketplace altogether despite this decline.

The Number of Teenagers Who Vape Fell in 2022

Recent numbers show that vaping has dropped considerably over the past two years. This likely comes as a relief to parents and school officials, as nicotine has been shown to correlate with addiction and mental health disorders later in life.

There are many possible reasons why vaping is declining, such as the Covid-19 pandemic, media campaigns aiming to convince teenagers to stop vaping, and greater knowledge of the potential health effects.

This all comes after trying to sow doubt about the relative safety and efficacy of e-cigarettes, and desperately clinging to the narrative of a youth vaping epidemic. The actual data shows 89% don't vape and 95 percent don't vape frequently. pic.twitter.com/iWq8vBY6em

Reasons for the Big Drop in Vaping

Federal officials believe that their efforts through the media to discredit vaping are finally paying off. Since the e-cigarette panic started, public officials have been under tremendous pressure to do something about it. The result was a barrage of information from various public health agencies about vaping and nicotine’s potential adverse health effects.

Another possible explanation behind vaping’s decline is that school officials are getting wiser on what to be on the look for. Also, school officials have been installing vape detectors, which deter people from vaping on school grounds.

Finally, recent vape-related illnesses may have scared people out of using e-cigarettes, especially those that use pre-filled THC cartridges. Some cartridges contain materials that have been shown to be very harmful to lung health, and many of them originate from outside the United States. Since so many cartridges are made abroad, it is difficult for people to find ones they believe are safe.

Why Do Experts Think Vaping Rates Are Falling?

In an NBC article, Dr. Kenneth Warner stated his opinions on why vaping is in decline. He believes that the negative publicity surrounding vaping may have put a dent in its popularity. Dr. Warner is an expert on public health and works at the university’s school of public health.

2019 numbers showed that 28 percent of high school and middle schoolers had vaped, but 2020 and 2021 showed that the numbers were declining. Researchers at the CDC believe one explanation behind the decline in vaping was the Covid-19 pandemic and the lockdowns that ensued.

The lockdowns make it challenging to know if these numbers will stay down. It could be the case that they rise once everything reopens. The CDC itself warned that these numbers cannot be compared with previous NYTS surveys.

Returning to the pandemic, since parents are spending more time with their children, they have a better idea of what they are doing in their spare time. In addition, parents know their children better than anyone and are better at intervening in these cases than school officials, politicos, and bureaucrats.

Even so, Mr. Matt Meyers of the Campaign for Tobacco-Free Kids has all but stated that flavored vaping products need to be banned so that minors cannot use them. However, smoking amongst minors has been declining for another 30 years, so stronger measures against tobacco and smoking may not be necessary.

Yet, the 2022-30 National Drug Strategy dismisses any role for #vaping

Additionally, banning vapes may not be wise considering vaping’s potential as a smoking cessation tool. The British National Health Service has previously noted that vaping combined with counseling is more effective than other smoking cessation strategies.

The National Youth Tobacco Survey’s results report higher numbers of teenagers and pre-teens smoking, but their results are misleading. They claim that 2.55 million US middle and high schoolers used a tobacco product in the 30 days before they took the survey. Yet, the surveyors consider vapes tobacco products, so these numbers are unreliable. In fact, only one out of three of those surveyed have used tobacco.

The others have vaped. Additionally, the survey does not appear to differentiate between those who have tried smoking or vaping once or regular users. Therefore, it is more likely that the number of high schoolers and middle schoolers using e-cigarettes is closer to one million.

A key step in reducing youth tobacco use and disparities is eliminating all flavored tobacco products, including flavored e-cigs and cigars and menthol cigarettes. It will help create a healthier, more equitable future.

Even though vaping is not likely the public health threat some make it out to be, the FDA announced a ban on thousands of different products, including Juul and Vuse. However, teenagers have been switching to Puff Bar, a disposable vape with several sweet flavors that supposedly appeal to minors. Puff Bar has enjoyed recent success because its products are not subject to the same restrictions as Juul and Vuse.

There have been rumblings about Congress giving the FDA more powers to expand their e-cigarette ban. The current ban only affects nicotine liquids derived from tobacco. E-cigarette companies got around this ban by using synthetic nicotine. In response, US House of Representatives members introduced the Clarifying Authority Over Nicotine Act of 2021. This law would give the FDA carte blanche to ban synthetic nicotine. Since the FDA has banned nearly everything else, it is likely that many e-cigarette companies in the US would not survive such a ban.

Some immediate thoughts on the aftermath of the passage of the de facto federal ban on synthetic nicotine. pic.twitter.com/K7WPTgElNB

However, Govtrack.us says on their website that this law has a one percent chance of passing. Perhaps senators and congressmen realize the negative effect this law would have on the vaping industry and have decided not to back this law. Also, the efforts of pro-vape lobbying firms may be finally paying off. The American Vapers Manufacturing Association was formed to protect the interests of e-cigarette companies, and if anyone can head off anti-vaping legislation, they are the ones equipped to do it.

🧵In the wake of the FDA’s regulatory malfeasance on vaping policy, we at AVM have a moral duty to act as a voice for the businesses that serve millions of Americans who use vaping to quit smoking. 1/14

Teenagers have no business vaping or smoking, and reasonable efforts should be made to prevent them from doing so. However, banning all vaping products because one subset of the population scoffs at the law should not be the solution. Instead, the answer should be to punish those who sell vapes to minors and those who buy them. A blanket ban on e-cigarette products is unfair to those who sell and use them legally and ethically. It is especially unfair to those who want to use them to quit smoking.

Finally, there needs to be a better way to define who vapes and who smokes. If our sources are correct, the federal health agencies do not differentiate between vaping and smoking because they classify vapes as tobacco products. If the goal of federal health agencies is to get young people to stop smoking and vaping, they should publish reliable statistics that differentiate between smoking and e-cigarette use. Counting vapes as tobacco does nothing to accomplish that goal.

If you have any thoughts on the matter, please feel free to share them with us by commenting below.