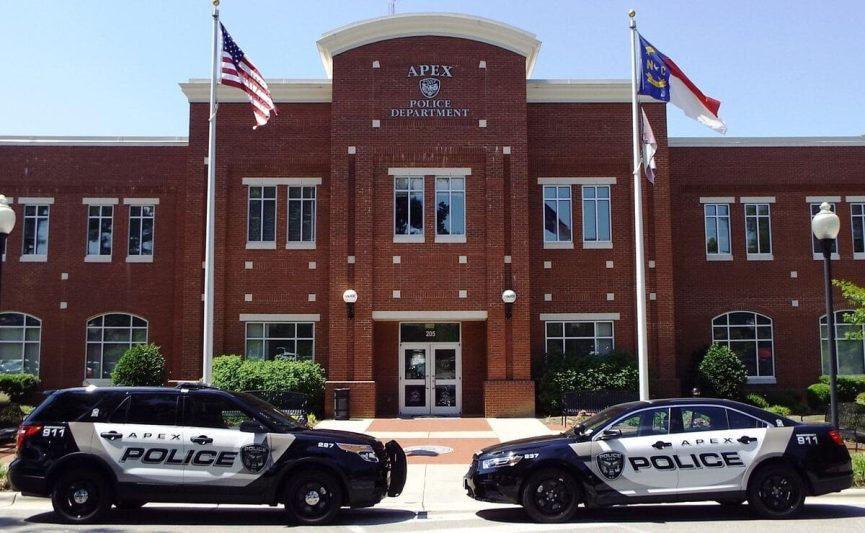 Police in Apex, North Carolina, are warning parents about the potential for illegal drugs being sold in chocolate and candy wrappers. The warning comes after drug detectives with the Apex Police Department raided a vape shop selling drugs, illegal vape cartridges, and more.

Police are saying they are unaware of any drugs being sold to children, but they sought to warn the public so they can be on the lookout for any candy their children have bought recently.

THC cartridges, weed, and illegal drugs were all found being sold in a North Carolina vape shop in early November. Officers with the Apex Police Department in Apex, North Carolina, raided Apex Tobacco and Vape Store when undercover detectives discovered something alarming about the store.

They had purchased illegal drugs, marijuana, and illegal vape cartridges wrapped in the same colorful wrapping as candy and chocolate bars. The store owners and two others were arrested following the raid. The police also confiscated $12,000 in cash. Photos were released showing everything the police had found at the shop.

On display were over 116 chocolate bars with a schedule 1 drug inside, along with 3.3 pounds of marijuana, THC vape cartridges, and cash, as mentioned earlier. The police also confiscated several glass pieces and other drug paraphernalia found in possession of the people arrested. But the police did not uncover evidence that drugs had been sold to children.

What Are People Saying?

Concerned parents interviewed at the scene were shocked and frightened that illegal drugs were being sold in candy, chocolate bars, and cereal boxes. Megan Escoto, a mother in the Apex area, said, “It is ridiculous. Children want their cereal and they want their candy. You would not think that it’s not what it is supposed to be.”

The Aftermath of the Raid

The police arrested the store owner and two employees on unspecified charges, and the suspects are awaiting arraignment. The authorities have not said when they will be tried or what they are being charged with as they are still conducting their investigation. There is still no information on whether other local retail shops are also involved or whether there are other fronts for illegal drugs.