2017: The Year E-Cigs Silenced Their Critics 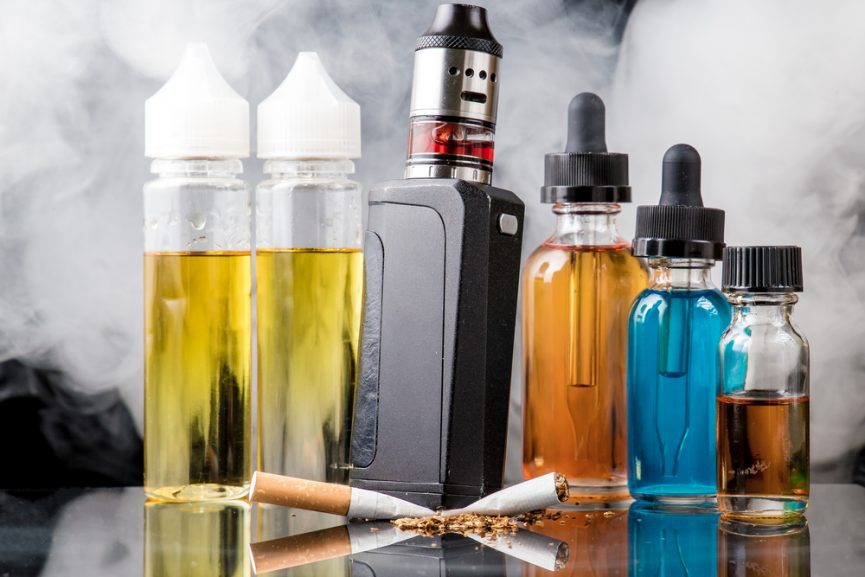 With 2017 now behind us, if we took even the most cursory look at the important vaping milestones of the past year, we’d conclude that 2017 was an outstanding year for vaping.

Not only has it been a good year for vaping financially, with new companies sprouting up every month and the industry forecasted to take in nearly $10 billion in profits year-ending 2017, but also in the realm of scientific validation.

A slew of studies came out in 2017 that offered further evidence to bolster claims that using e-cigarettes is significantly much safer than smoking regular combustible cigarettes. Similar studies have been released in the past, but the difference in 2017 has been that people have been listening.

Governments around the world have been slow to even recognize e-cigarettes as a healthier alternative to smoking cigarettes, and their policy decisions have been reflective of that ambivalence.

2017 not only brought us more scientific proof that vaping is safer than smoking, but it also ushered in an era where that scientific certainty was acted upon by legislators to enact changes.

E-cigarettes found much vindication from public health authorities in 2017 as well, with English and Scottish medical organizations finally recognizing the potential of e-cigarettes to help people quit smoking. And not only that, but many countries also relaxed otherwise stringent regulations on e-cigarettes, with one country reversing its e-cigarette policy entirely.

But, despite all these positive developments, vaping and e-cigarettes still carry with them negative associations, especially in the public’s mind, many of whom still view e-cigarettes as the domain of an awkward and particularly obsessed sub-culture. There are still also many people who see e-cigarettes as a safety hazard, not only regarding the inhalation of vapor but the potential for fires and explosions as well.

Many governments and public health authorities have also cited the increase in teenage e-cigarette use as a troubling development, which they fear will result in more teenagers turning to smoking cigarettes as well. But while it may be true that more teens are vaping, there is, as of yet, no evidence to show that teens then move on to smoking tobacco.

The dominoes started falling in March of 2017. A study published in the Annals of Internal Medicine by a group of English and American cancer researchers assessed that long-term e-cigarette and NRT (nicotine replacement therapy) users were exposed to less cancer-causing chemicals than long-term cigarette smokers who also used e-cigarettes.

The nicotine levels in each group (smokers, ex-smokers who used only e-cigarettes and NRT, and smokers who used either e-cigarettes or NRTs) were quite similar. And this is important to note because it gives credence to the idea that e-cigarettes are a much safer nicotine delivery system, compared to the smoking group, where participants saw the most exposure to carcinogens.

A necessary clarification needs to be made here, which is, while e-cigarettes have been shown to be safer than smoking cigarettes, it does not mean that e-cigarettes are entirely harmless. What these studies set out to prove is not the absolute safety of e-cigarette use, but the diminished risk that comes with vaping liquid nicotine over smoking combustible tobacco.

The second study that sent e-cigarette critics reeling was a comparative study comparing the potency of vapor released from an e-cigarette to the emissions from a burning tobacco cigarette. This second paper was yet another study that did not try to portray e-cigarettes as being inherently good for you, but as a safer choice over regular smoking.

The researchers looked at the potency of both vapor emissions and tobacco emissions to cause cancer and, they found, overwhelmingly that tobacco smoke was the more harmful of the two. Not only that, but the study found that e-cigarette vapor had less than 1% of the potency that cigarette smoke has to cause cancer.

Researchers did caution, however, those e-cigarette users who pushed the power limits on their devices that they were at risk for increased exposure to carbonyls because of the excessive heat coursing through the atomizer coils.

More tellingly, the researchers also found that so-called heat-not-burn devices (HNBs) like the IQOS from Philip Morris, fell somewhere in the middle between not being as harmful as combustible cigarettes but not being as safe as e-cigarettes.

The country that saw the most liberalization of e-cigarette regulations was New Zealand. While e-cigarettes were never banned outright in the tiny Commonwealth nation, the move by the Ministry of Health to promote their use as a safer alternative to smoking cigarettes certainly did signal a shift in the perception of the devices.

The FDA also, albeit somewhat grudgingly, got on the vaping bandwagon in 2017. The regulatory agency released its much-anticipated ruling on e-cigarettes this past July.

The build-up to the announcement was tense since vaping advocates could not tell whether the organization was going to loosen up their regulations or if the agency would begin to crack down on both users and vendors.

In the end, vapers everywhere were delighted to hear that the agency was indeed scaling back on restrictions and looking to encourage “development of innovative tobacco products that may be less dangerous than cigarettes.”

This news was welcomed with much relief by the vaping community, given that in the past, the FDA sought to submit e-cig, and e-liquid, manufacturers to the same regulatory rules as cigarette producers. E-liquid manufacturers will still have to seek FDA approval for their products, only the deadline for compliance has been pushed to at least 2022.

England and Scotland have seen the most seismic shifts regarding attitudes about e-cigarettes and their usefulness as a safer alternative to cigarettes. The UK has never been particularly hostile toward e-cigarettes and vaping, which might explain why they are much more progressive when it comes to embracing the technology to help people quit smoking.

Two organizations, no less reputable than the Royal College of General Practitioners and the British Medical Association, both heartily endorsed e-cigarettes as a rational choice to aid smoking cessation.

Following those two decisions, public health authorities, in both England and Scotland, began to argue forcefully for the untapped effectiveness of e-cigarettes to help stem tobacco consumption.

In 2017, more than any other year, e-cigarettes were actively touted as an acceptable and healthier alternative to smoking. And it was not just the vaping faithful who were doing the clamoring.

New scientific evidence pointed to the diminished risk that e-cigarettes present over their combustible counterparts. While stopping short of promoting e-cigarettes as a smoking cessation tool, authoritative bodies all over the world, imbued with the confidence of scientific certainty, did start to recognize that e-cigarettes carry with them significantly reduced health consequences compared to smoking cigarettes.

Public health organizations, national ministries of health, professional medical associations, and powerful regulatory agencies all chimed in to give their tacit approval of e-cigarettes as a suitable, and safe, choice over smoking cigarettes.

And while there was some news – the 4% increase over one year in some-time adolescent e-cigarette use – that threatened to derail the excellent year vaping was having, the same study also concluded that there is no evidence to show that young people take up smoking after experimenting with e-cigs.

2017 went a long way in changing the public’s perception of e-cigarettes. But that change in public attitude was also reflected in policy, with more governments taking a softer stance toward the electronic devices than they had in previous years.

There’s still a lot of work that needs to be done, however, before vaping and e-cigarettes are fully recognized and accepted as the safest alternative to smoking. Work still needs to be done to find the unequivocal evidence that proves those claims.