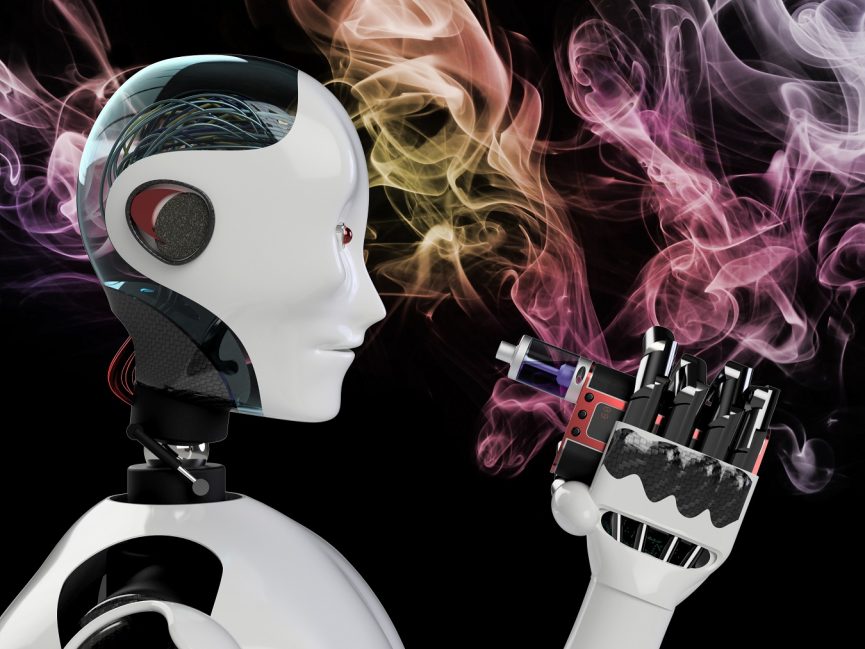 The e-cig industry has been growing at an exponential rate for the past few years. One of the fruits of that advancement is the vaping robot. The question is, what is it for?

Two words that e-cig users probably don’t expect to hear until further on in the future: vaping robot. It sounds straight off a science fiction novel. However, the vaping robot is real.

Developed by researchers at the University of Miami, the vaping robot is used to test the effects of vaping on the human body, particularly, the lungs.

The robot is made to inhale a “specially designed e-cigarette” after which the vapor is blown over cells that are taken from human airways. The results of this will theoretically give an actual representation of what vapor from e-cigs does to users.

However, since the e-cig used is “specially designed” and not one that is widely used, questions may arise as to the correctness of the research.

The researchers are also testing a simulation of 0mg e-juice. This particular liquid is said to be similar to actual e-juice, which again may taint the accuracy of the results. Zero nicotine is used since the tests will revolve around the effects of vaping itself, not of nicotine.

Just because these fluids are safe to put on your skin or to drink them, they’re not necessarily safe to inhale into the lungs.

This study may give insight into the overall effects of vaping to the human body, and may help the FDA decide as to the future regulations to be imposed on the vaping industry. However, since there are some questions as to the authenticity of the methods, the research may cause more problems than solutions.

Similar to the formaldehyde study, where the tests conducted were not in sync with how users vape, the results were skewed and thus led to negative conclusions. Whether the research done with the vaping robot yields positive or negative results, expect some backlash from both pro- and anti-vaping camps.

As of now, it is too early to tell if the vaping robot will become a success, or if it will fizzle out. The best course of action is to wait and see.