Don’t Throw It Away! What to Do With AVB(Already Vaped Bud) 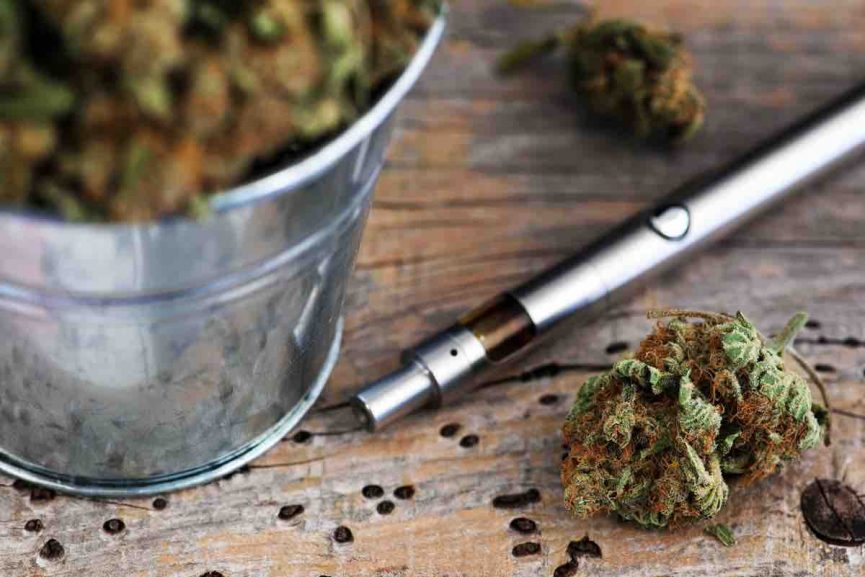 When people are done vaping, many of them discard the herbs without a second thought. But they do not know that there are still ways to use these herbs and get the remaining cannabinoids.

Bud that has already been vaped has many uses: in edibles, vaped again, and much more. So be sure to read this from top to bottom before throwing away any more herbs.

What Is Already Vaped Bud?

Already vaped bud is cannabis that has been used in a vaporizer. Most people throw it out without thinking, but there are still cannabinoids in AVB cannabis. They can be used for vaping, smoking, making avb edibles, and in other creative ways.

Herbs that have been vaped have a light green or greenish-brown color. The darker they get, the less that can be done with them. Blackish herbs cannot be used for anything.

Some cannabis users likely wonder why anyone would want to use already vaped herbs when more are available at the local head shop or online. The most important reason to recycle vaped cannabis is that it is cheaper than buying new cannabis repeatedly.

Even though vaping weed is more affordable than smoking it, it is still very pricey, and many cannabis users want to save as much cash as possible.

What to Do With AVB

A second reason to keep used cannabis is that there are all kinds of things to do with it. For example, used herbs can be reused in a vaporizer or used to make food and beverages, capsules, concentrates, and other popular marijuana products.

Already vaped weed is used to make cookies, brownies, and other pastries, but doing this first requires ABV cannabutter, a key ingredient for pastries that uses AVB cannabis. Making this cannabutter requires a high amount of vaped herbs because it is less potent than fresh cannabis.

Add one cup of bud, one cup of butter, and another cup of water to a frying pan and let it simmer so that the THC can dissolve into the butter.

Afterward, filter it through a cheesecloth and let it thicken in a refrigerator. After 24 hours, the AVB cannabutter will be ready to use.

AVB cannabutter makes an excellent spread on toast and crackers, and it can be melted and added to popcorn.

As for making the pastries, follow the regular recipe, but substitute butter for ABV cannabutter.

Try to use vaped herbs to make tea and coffee with an excellent taste, so long as it is used in milk. The vaped weed can be added to milk and microwaved for an hour until the milk absorbs the THC. Be sure to stir the milk every few minutes so that the THC and CBD fully absorb in the milk’s fatty compounds.

The stove method is much easier because the heat can be controlled, and it does not have to be turned on and off, as is the case with a microwave.

The easiest way to use vaped bud is to put them in capsules. This is because the ABV weed has already been decarboxylated; it only has to be mixed with coconut oil, put in capsules, and then swallowed. One benefit of using vaped weed in capsules is that it has a lower cannabinoid count than fresh weed, making it ideal for people with a low tolerance for THC and CBD.

Vaped weed can also be used to make concentrates, but more AVB cannabis is needed than usual due to its lower cannabinoid count. Other than that, the process of making concentrates is the same as when using fresh weed.

First, use a rosin press or alcohol to extract the cannabinoids and then separate the wax from what is left. Afterward, it can be put in a vape pen or bubbler.

To do this, several things are needed:

What is AVB smoking?

Already vaped weed can be smoked, but it is best to smoke ABV weed that has only been vaped once to get the most cannabinoids out of it as possible. The problem is that the taste is incredibly bitter, which might discourage some people from smoking vaped herbs; however, there is a way to improve the flavor.

The best way to get rid of the bitter taste of smoking vaped herbs is to water cure them. Water can help remove the bitter taste. Do this by tying the marijuana in cheesecloth and putting it in a jar of water for three to four days. After those days are up, the water will be a brownish yellow color.

That color is all of the compounds that give AVB cannabis its bad taste. Submerging the ABV weed in water will not reduce the content of the cannabinoids because they are not water-soluble. Afterward, let the ABV cannabis dry, and then you can smoke or vape it again.

Frequently Asked Questions About What to Do With AVB

How Much THC Is in ABV?

Three factors determine how much THC or CBD will remain in the herbs.

The second thing to consider is how long a vaping session takes. Herbs that are vaped for extended periods will yield fewer cannabinoids than is the case with short sessions. Therefore, vapers who want to use their AVB cannabis again should time their vaping sessions accordingly.

Finally, and most importantly, is the weed’s original cannabinoid content. The more cannabinoids there were in the weed in the first place, the more there will be when recycling them. Ideally, vapers should buy marijuana with the highest concentration possible.

It is difficult to say how many cannabinoids remain in AVB cannabis after it has been vaped. However, it is safe to say that most samples will have around 30 percent of the original cannabinoids.

How Much Vaped Bud Can You Eat?

The number of edibles made using bud one can eat largely depends on someone’s tolerance and how much bud was used to make the pastry. Considering that vaped marijuana has less THC or CBD in it than before it was vaped and that eating AVB cannabis reduces the number of cannabinoids that enter the bloodstream, it is safe to say that a person can eat several pastries before feeling ill.

However, it would be prudent to consume one brownie or cookie and wait thirty minutes to an hour to see how it affects you. Afterward, you can get a good idea of how many pastries you can eat before having to stop.

How Long Does Eating AVB Take to Work?

It can take anywhere from two to four hours for marijuana to take effect after consuming it in this method. It takes so long to feel the effects because the weed has to go through the digestive system and be broken down. Eventually, the effects will be felt, but not immediately.

Final Thoughts About What to Do With AVB

Many things can be done with cannabis after it has been used in a vaporizer. So instead of throwing it away, try doing some of the things mentioned in the article and see how it goes.

Getting the most out of AVB cannabis is a way to save money and learn new skills that allow vapers to get the most value out of their cannabis. Ideally, this is for people on a budget who want to save as much money as possible. But it is also for any marijuana enthusiast who wants to get more bang for each buck spent on cannabis.

If you use your weed after vaping it, let us know what you do with it. Please leave a comment below that tells our readers and us about what to do with AVB.