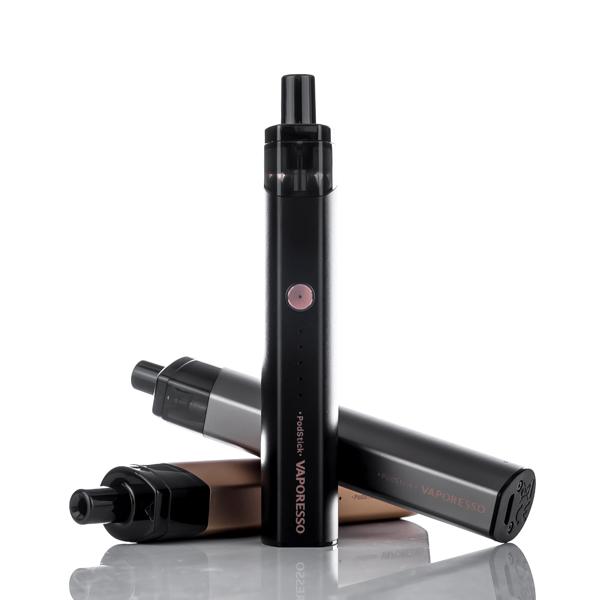 The Vaporesso PodStick is an AIO-style, pod mod with an internal 900mAh battery. It is a compact POD system, made in a slightly non-standard form factor, working on replaceable pods of various resistances. It also features a mini version of the Omni Board, Vaporesso’s legendary chipset.

Close-Up With The Vaporesso PodStick

The Vaporesso PodStick has the look of a top-fill AIO device; only the pod at the top is removable.
The pod is self-contained as it consists of all the essential pieces like the mouthpiece, coil, and juice container. Although it is not so powerful, the pod and battery section connects via a magnetic connection as users have to force the pod into the bay.

The pod and battery together stand at just over 4” (4.3”, to be precise). The rest of the PodStick’s dimensions are 22mm wide (0.8”) and 18mm across (0.7”). It is ideal for this type of device, as it is lightweight and portable, but with a little heft. The outer layer of the PodStick has a smooth, glossy finish and stands up well to any smudges or fingerprints. 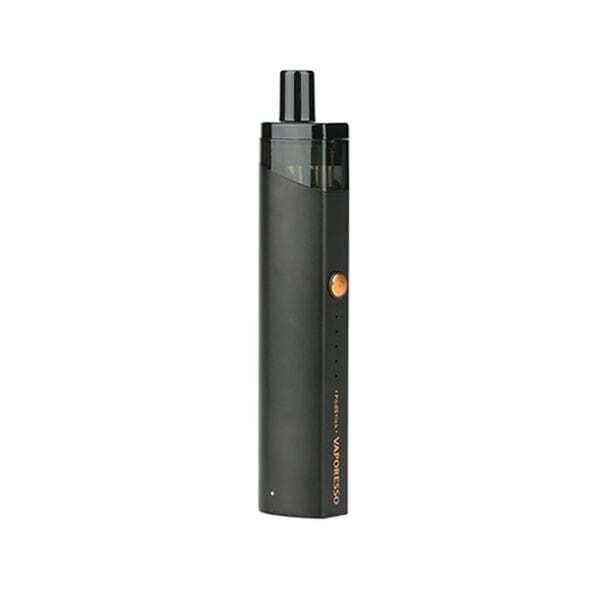 The exterior of the device is an aluminum alloy with a unique material added – PCTG – to make it more durable. There is a single, brass-colored power button on the front of the unit.

It has a good throw and does not get stuck when pressing it, which users have to do not only to activate the battery but to fire the device. The button also controls the three power modes available for each of the pods.
Each pod has a different coil type.

Vapers can adjust the power levels via a single button. There are five LEDs right below it that show the distinct levels as well as the battery levels. The power modes are color-coded, with red the lowest, blue in the middle, and green the highest. At the very bottom of the device is a micro USB port to charge the 900mAh battery.

Vaporesso PodStick: What’s Inside the Box?

The Vaporesso PodStick comes in a smart-looking, lift-top box. The device itself is prominently featured on the front of the box with the tagline “The Best of Both Worlds” written in medium-sized font across it. 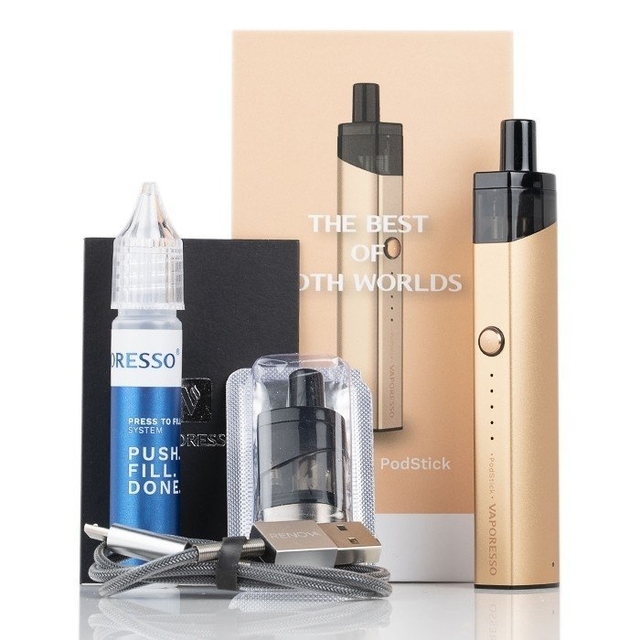 The entire package is sturdy and should prevent any parts from getting damaged in transit. It comes wrapped in cellophane for extra protection.

For anyone who gets the Vaporesso PodStick, they can expect to receive the following in the box:

Vaporesso PodStick: The Look and Feel

The PodStick has several color options available, from pure black to gold, and two options called Splashed and Phantom.

The gloss of every color is outstanding, and the device keeps its glow long after heavy use. The device uses lightweight build material, so it is very easy to take with you or put in your pocket.

A unique thermoplastic polyester is mixed into the aluminum alloy frame that gives the unit a durable feel. The plastic, called PCTG, has a stronger feel to it than traditional plastic and holds up well to falls and other hard hits. The pods are the other part of the unit, and they are also mostly plastic with a slightly transparent look.

The PodStick features a 900mAh internal battery, which is in the standard range of similar refillable pod devices.

Users can expect different duration times based on the type of pod they use and the power mode.

The mouth-to-lung pod has a lower maximum power limit of only 11W, while the pod with the sub-ohm coil can hit a high output of 22W.

With regular to moderate use, on a full battery, users can expect at least a full day of use at the highest power level for either pod. The five LEDs that run along the front of the device also indicate the battery level. All five LEDs lit up means full power, as the power decrease, so to do the LEDs with one LED illuminated, meaning its time to recharge.

Given the mid-size battery capacity and the 1A charging enabled by the Omni Mini, the PodStick can recharge from a completely depleted battery in under an hour.

The Vaporesso PodStick pods can each hold 2ml of e-liquid in their tanks. Their liquid capacity is the same, but the two pods provide different vaping experiences. One other similarity between the two pods is their filling system, which features Vaporesso’s much-touted PTF (push-to-fill) valve.

As mentioned, both pods are self-contained.

Users cannot remove the coil, the mouthpiece, or adjust the airflow on them, although there is a small air intake hole on the rear bottom side.

The pods are black and solid plastic.

They are not clear, but neither are they completely blacked out. They are slightly transparent so that users can measure their e-juice levels.

But users can only gauge the juice level by removing the pod, as the bottom part is completely covered when inserted into the mod. Looking at the pod from the outside, users can still make out the e-juice spout where the liquid flows and the vertical coil in each pod. The mouthpiece is neither wide-bore nor too narrow. It offers the right balance between large clouds and flavorful ones.

The Vaporesso PodStick pods last for five refills, and it takes 45 minutes to charge.

The Omni Mini Chipset enables the PodStick to have three separate power modes but with a different range for each pod. One pod uses a CCELL ceramic coil with a resistance of 1.3ohms.

The other pod has a mesh-style coil better suited to direct-lung vaping.

Using and Filling the Vaporesso PodStick

The unit comes pre-installed with the 1.3ohm ceramic core pod, and the sub-ohm, direct-lung atomizer comes in a blister pack. The second one uses a mesh-style 0.6ohm coil, so it is designed to handle more power to produce more significant clouds.

But, similarly tipped e-juice bottles (needle-nose or unicorn) can also fit into the valve’s opening. Users need to press down on the valve to open it and then squeeze in their juice.

The Vaporesso PodStick comes mostly assembled, as one atomizer comes already installed. Users need to first fully charge the battery with the braided USB cable included in the kit. 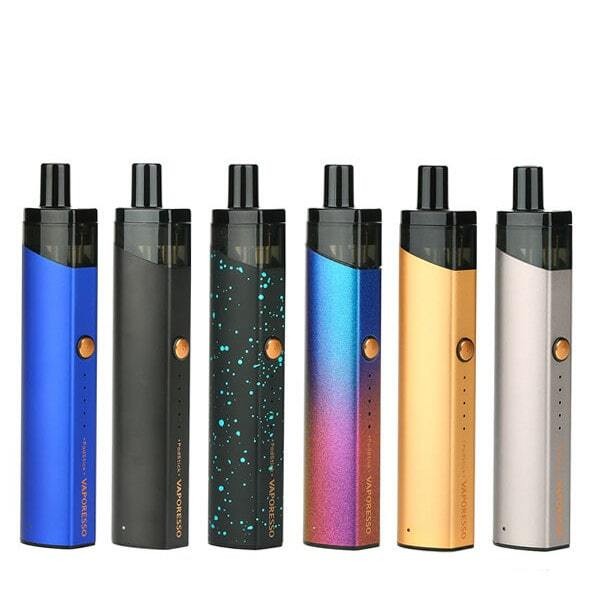 However, with the PFT valve, there is little to no chance of leaking or spillage as the unit is entirely sealed off. With the pod full, users can press-fit it back into the bay. Despite the supposed magnetic connection, it does not just snap into place – users have to press it in there.

The power/fire button needs five clicks to turn on, and users can press the button three times to switch between power modes. Each coil has different power modes. The mouth-to-lung power range is the following:

The sub-ohm mesh coil has the following power range, with the same colors but different values:

For a device that bills itself as “The Best of Both Worlds”, the Vaporesso PodStick does bring together two distinct vaping experiences in one unit.

First, the pre-installed 1.3ohm ceramic core coil brought out the flavor in every juice that was used. The separate power modes offered a good balance between cloud production and flavor quality. 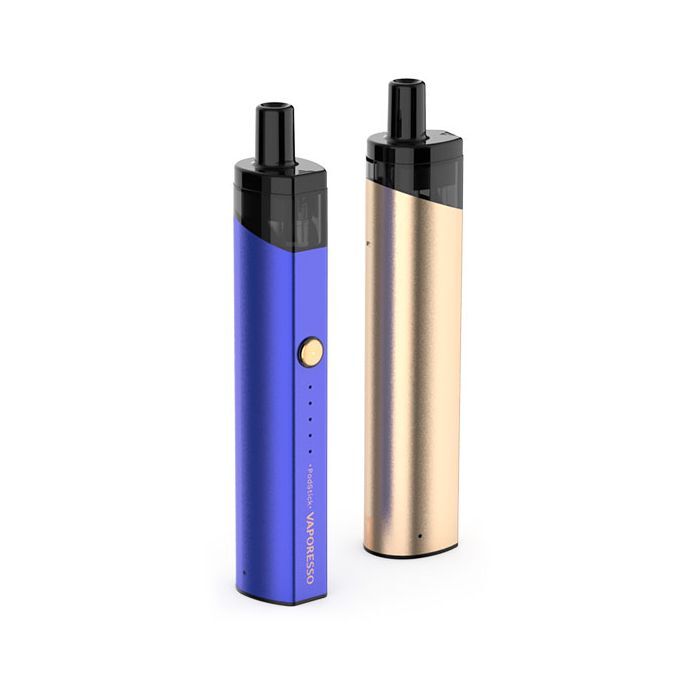 Even though the PodStick has no adjustable airflow, it is not needed as the draw from the mouthpiece is nearly effortless. Sure, some people would have liked to have one, but the vapor moves very fast and has minimal draw resistance.

The same can be said about both pods, irrespective of their resistance or coil type.

The Uwell Caliburn is a pod system with a refillable 1.5ml e-juice atomizer. The Caliburn has less battery capacity than the 900mAh PodStick battery, as it has only a 520mAh battery. The Caliburn cartridge features a built-in coil like the PodStick, but it has a 1.4ohm resistance, which is a little higher than the 1.3ohm resistance of the ceramic core pod. 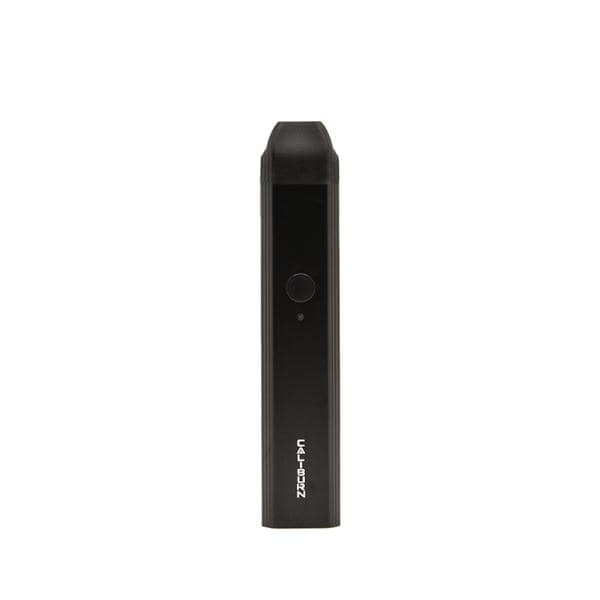 The Caliburn has no other power modes and offers users a direct voltage output. The highest the Caliburn can output is 11W, which is comparable to the second power mode of the PodStick at 10W. The Caliburn has the same dimensions as the Vaporesso device, and they both feature mostly aluminum alloy exteriors.

The Renova Zero, also from Vaporesso, has the same PTF (push-to-fill) valve to fill its top-fill, 2ml pod. The Renova Zero is smaller in size than the PodStick as it stands at only 80mm (3.1”) tall and about 14mm (0.5”). 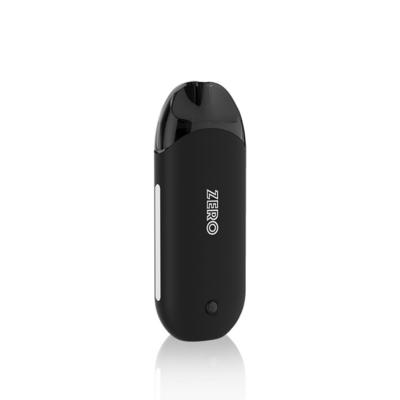 The Renova Zero also has three separate power modes starting at 9W and going to 12.5W, much like the PodStick’s mouth-to-lung pod. The Zero comes only with a single pod. The Zero also has an internal battery with a capacity of 650mAh and has 1A charging, so it has less ability than the 900mAh device. The Zero does use the same CCELL ceramic coil that the PodStick features, but in a flatter, more ergonomic pod.

The Last Word on the PodStick

Are you tired of the glut of pod devices out right now? Do you prefer pod mods over other devices like box mods or rebuildable? Let us know what you think by leaving us a message in the comments section.

The Vaporesso PodStick comes at the back-end of the pod mod wave that has swept the industry in the last few years. It has some innovative touchesm like the PTF method for the pods.

Including an advanced chipset like the Omni Mini for such a small device is also a coup. The three power modes for each pod offer a level of versatility unseen in modern pod devices saves for something like the DNA Lost Vape Orion Q.

While the PodStick does not offer adjustable airflow like the DNA device, the pull is effortless on the mouthpiece, and there is no draw resistance. The vapor comes out smooth and efficient, and the separate power settings, as well as a second sub-ohm pod, offer even more variety.

The design and build quality are also much better than you would find with a similar device, although the dated look of the device (it looks like an early eGo AIO) does take away from its innovation. With that said, the Vaporesso Podstick delivers on its promise of bringing two worlds together.