Vape Detector: An In-Depth Look at the Pros and Cons 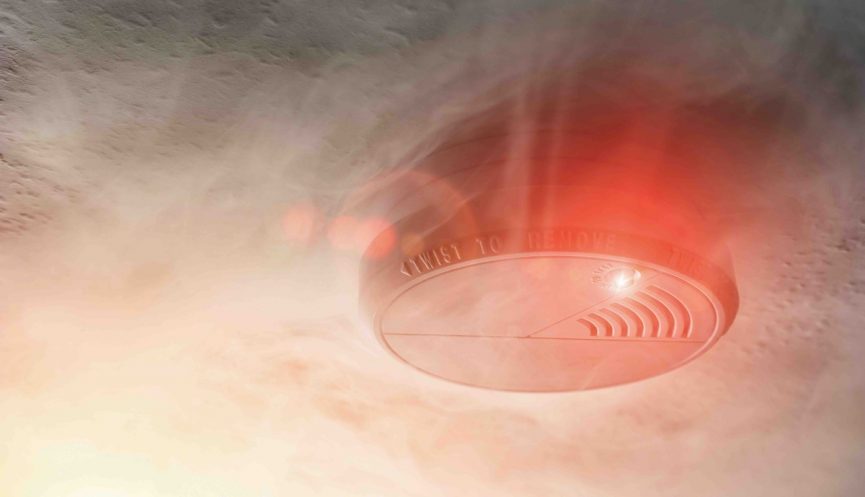 Vaping and smoking remain persistent problems in schools, and school officials struggle to keep it out of their institutions. Vape detection sensors can provide them with a method of discouraging students from vaping and smoking on campus. However, there are many pros and cons to consider before spending money on them.

What Is a Vape Detector?

Because of the steady rise in the use of e-cigarettes that burn nicotine and cannabis oil, new detectors are being installed in places where smoking and vaping are prohibited, such as schools and universities. They have particularly caught on with school districts, where administrators and teachers are trying to stem the rising tide of popularity of vaping amongst teenagers.

Vaping is much more complicated to detect than burning tobacco or marijuana. These detectors are powered by batteries that heat a liquid and turn it into vapor that is inhaled. The vapor usually contains nicotine, CBD, or THC.

The US federal government recently issued several regulations banning flavored disposable vapes and pods because it is believed they are marketed to children. However, these products are still easy to buy, as cheap Chinese flavored pods and disposables are still entering the United States.

Vape Detection as a Deterrent

Smoke detectors can detect smoke from cigarettes and joints, but they are not designed to detect vapor. This has resulted in a massive problem for school administrators who want to prevent their students from vaping.

As a result, school districts are installing specially designed sensors that can detect tobacco and marijuana smoke and vapor from e-cigarettes. They are ideal for rooms where video cameras are inappropriate, such as locker rooms, shower facilities, and restrooms.

There are several advantages to choosing these detectors over traditional smoke detectors.

In theory, these devices operate as they are supposed to, but they cannot overcome the problems of teenage ingenuity. Wired reported that teenagers at Hinsdale Central High School knocked them off the wall. Employees at this school claimed that the detectors sometimes went off randomly and that it was impossible to know whether they went off because of an error or a vaping student.

The effectiveness of these devices also depends on how quickly teachers and administrators can respond to an automated notification from a device. If it takes an administrator five to ten minutes to reach the restroom, the student will likely have left.

There are other ways for students to get around these devices besides knocking them off the walls and timing vape sessions when administrators and teachers are far away. Students can blow the vapor into a sleeve, air vent, or into a flushing toilet. These methods are highly effective for dissipating the vapor or removing it entirely.

Even though these detectors are not always effective, they are a new tool to combat the growing problem of teen vaping. A recent report issued by the Centers for Disease Control highlights how big of a problem e-cigarettes and tobacco are.

The report included information from the National Youth Tobacco Survey that stated 6.2 million middle and high school students used a tobacco product within 30 days of taking the survey in 2019.

The survey also noted that 4.7 million high schoolers and 1.5 million middle schoolers use tobacco regularly. More students use e-cigarettes than tobacco. More than a quarter of high students and 10 percent of middle schoolers commonly use them.

Features to Look for in Smoke and Vapor Detection Solutions

For a vape detector to work effectively, it should have the following features:

The Halo Vape Detector is an example of a vape detection system that has all of the above specifications.

One of the disadvantages of the Halo Vape Detector is that it comes with video, which makes it impossible to install in a private area like a restroom or changing area.

How Do You Install a Vape Detector?

A vape detector is installed on the ceiling with Phillips and hex screws the way one would install a smoke detector.

Additionally, it needs a secure ethernet connection to power it and set off alarms whenever it detects smoke or vapor.

Ensure that the sensor is placed in an area with high air currents, as the current will make it challenging to detect smoke or vapor. It is also advisable not to put it somewhere with a lot of vibration. Vibrations could set off the tampering warning.

There are several advantages and disadvantages to buying and installing a vape sensor.

What is a Vape Index?

A vape index is a score ranging from 0 to 100 that indicates whether someone is smoking or vaping. It can also show whether there is smoke from a fire.

What Can Trigger False Positives for Vape Detection Devices?

Several things can trigger a false alarm, including aerosols from cleaning products, emissions from cooking stoves in kitchens, and vibrations. False alarms can be avoided by putting the detectors in areas with low vibrations and no air currents.

Will Vaping Set Off a Smoke Alarm?

Fire alarms designed to detect rising temperatures will not sound an alarm if someone is vaping nearby. Optical and ionization alarms may sound if there is a large enough cloud of vapor.

However, there has to be a lot of vapor, and the vapor must be very near the device. It is unlikely that a Juul or similar vape will produce enough vapor to trigger such an alarm.

What Happens When a Detector Goes Off

A silent alarm goes off, and a notification is sent to whoever is responsible for the device. Once the message is received, he or she can respond to the alarm.

They can detect emissions from both vape pens and marijuana joints. They are designed to detect vapor and smoke.

These devices can be effective in discouraging people from vaping and smoking in places where it is forbidden. Even so, their effectiveness largely depends on how proactive administrators are at monitoring and protecting them.

An administration that is serious about preventing smoking and vaping on its campus will find these vape detection units very useful.

If you have experience using a vape sensor and want to weigh in, please leave a comment below.