Vape ’Em, If You Got ’Em – Flavors Banned 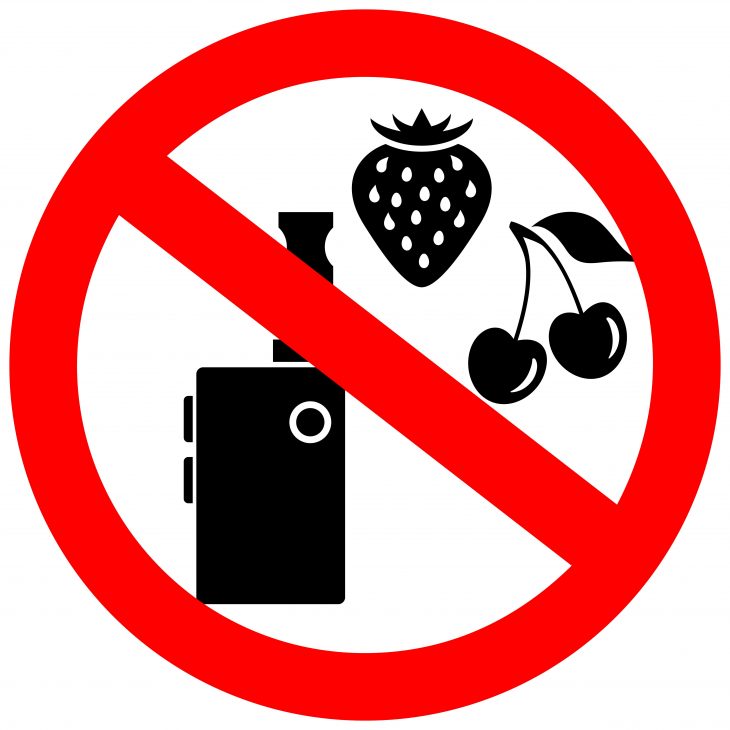 The promised flavor vape ban went into effect this week. No one is happy. Public health groups and parents groups say the act does not go far enough. Vape shop owners worry they’ll go out of business.

Teens are indifferent. Not only have they stopped using the Juul, but a loophole in the law lets disposable flavored vapes remain on the market. It makes one question whether the ban is needed at all. Trump himself lamented even getting involved, saying he “should have never done that (expletive) vaping thing”.

If you are wondering how the ban will affect you, keep reading to find out.

Beginning today, the agency intends to prioritize enforcement against certain illegally marketed flavored e-cigarette products, focusing on products that are particularly popular with youth and are easily accessible or marketed to them. https://t.co/zhKcZ3qHAI

Which Products are Banned?

First, the ban only covers flavors in pre-filled, reusable devices, aka the Juul. This approach seems too-little, too-late, as Juul already pulled its flavored cartridges and is now only selling tobacco and menthol flavors.

Second, the “ban” allows many products to remain on the market. This loophole is what is making anti-vaping crusaders throw up their arms in frustration. The law does not cover:

If you get your vape on with these products, you are in the clear. With that said, if you use something other than the Juul or Phix, then you should have no problems. The other go-to device that exploits the significant loophole in the law is the Puff Bar.

Getting Around the Law

The public’s preoccupation with the Juul has been advantageous for other vape companies. While the rest of the world unloads on the Juul device, other e-cigarettes have filled the vacuum for nicotine-starved adolescents to get their fix.

So, to be clear, any pre-filled, disposable vape like Puff Bars or the Stig will not be affected. But this loophole will close come May 12th, and even those devices will have to seek and win FDA approval.

Many vape retailers are expected not to comply, despite the ban. The FDA admitted as much in an email to CNN. An FDA spokesperson wrote that “the public may continue to see some of the types of products outlined in the [FDA’s] priorities on the market.”

The spokesperson went on to say that the agency will prioritize enforcement action on vape products marketed to young people. The FDA also noted that inspections of retail shops would continue, although, given the drop in enforcement action taken by the agency during the Trump administration, that seems unlikely. Still, vape makers are facing an even more significant obstacle than the current vape ban.

Today’s the day 😒
A disappointing day to say the least.

RIP Flavored Pods & Cartridges we hardly knew ye! Your memory will live on. 🙌

Who knows? Maybe this is just a ‘til next time’ and not the final farewell. 🤞#FlavorBan #WeVapeWeVote https://t.co/EHnKBrWWkX

Many vape manufacturers, not wanting to run afoul of the FDA, are complying with the ban. That’s because, after May 12th, the agency will have the final say on which vape products make it to market, and which do not. The deadline for premarket approval is fast-approaching.

The approval is the FDA’s most significant step toward regulating the previously unregulated vaping industry, and it is what is causing the most hand-wringing in the vape industry. All vape makers will have to submit applications. Those who do will get a one-year grace period allowing their products to continue being sold until the agency decides on their application.

While the vaping giants, aka Big Tobacco companies, have already submitted applications for devices like the Vuse, NJoy, and Juul, smaller companies and retailers may be left out of the lurch come May 12th. In anticipation of “vapocalypse”, many vape makers are even holding sales of their products, in case they do not win FDA approval.

One comment on “Vape ’Em, If You Got ’Em – Flavors Banned”