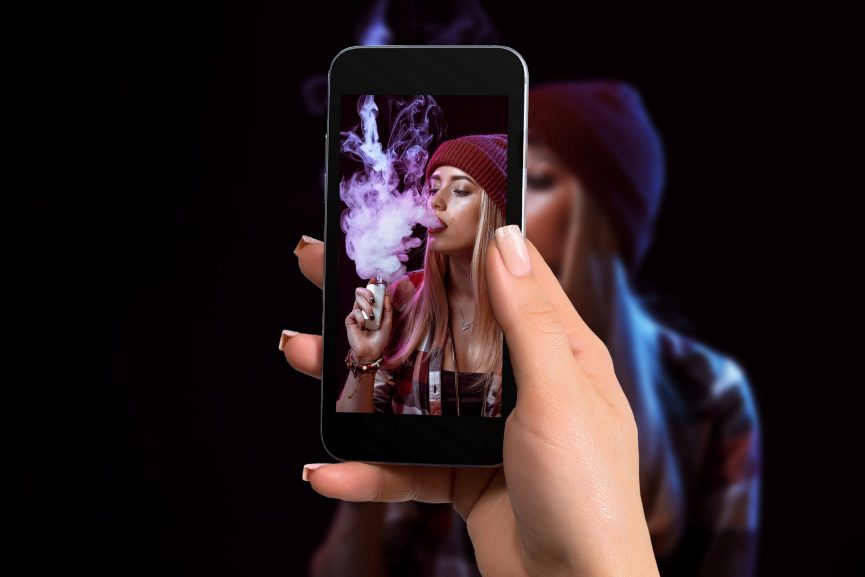 Whenever a certain phenomenon takes the spotlight, occasional heroes rise up to become the ambassadors of that experience. Vaping grew to become a notable subculture in today’s world with a significant market influence as well as cultural impact, especially with the younger generations.

Posting hobbies, talents, and interests online, once was a simple pastime, now represents a full-time business activity to some people, while others are turning it into art that allows a steady payment. All this would hardly be possible without the influence of the internet, more accurately Youtube and Instagram services that allow vapers to reach a massive audience and spread their fame through vape tricks youtube videos and other similar content.

We gather top the most respected bloggers into one list to show how they become respected by an entire vaping community? What is their contribution to vaping industry and subculture as a whole? Let us take a look at some of the most popular vapers of today and what each of them has to bring to the table.

This 39-year old originally comes from South Lake Tahoe, California, the USA where his professional career started off as a Starbucks employee. Soon after, in 2002, Nick Green (AKA GrimmGreen) develops an interest in vaping, and everything started to change for this famous youtuber. Four years later, in 2006, Nick starts shooting video content for Youtube vape enthusiasts where he runs GrimmGreen channel that holds series of video content dedicated to reviewing vape products.

In 2009, Green started his own company called “GrimmGreen Industries,” and three years later he co-founded NamberJuice company. He moved to San Diego to focus on his vaping career where he also enjoys draft beer, Star Wars, and sushi.

Nick is not a trickster: there are rare chances to see him trying to perform some trick while vaping. Although, his video variation of blu e-cig review is known as extremely good thoughts on vaping.

According to his own testimonial, Nick’s greatest trick was to trade regular smoking cigarettes for vaping alternative.

Real name is Byron Datau. This young vaper, born on February 27th, 1997, moved from LA to Carson where he attended school. Soon after, when Byron Datau (AKA A_Kidz) moved with his family to Jakarta, Indonesia. Six years later Byron came back to LA, where he still lives as a professional vaper.

Some of the best tricks A_Kidz ever performed are compiled in this one single video, which we hope you will enjoy.

Jordan A. Flippen is a 21-year-old vaper from Mount Airy, and one of the best tricksters in the world. Jordan’s professional career started when he was only 16 years old as a young aspiring DJ and music producer.

However, his brief career as a music performer was soon interrupted by the evolution of his vaping hobby into a professional endeavor.

Choosing the best tricks from the sea of amazing vaping videos that Jordan posts on his Instagram account are sweet torture. With so many amazing tricks and great music to back it up, the following compilation of best tricks by Jordan will chill the blood of any true vape tricks fan.

Trip (AKA RIP Trippers) was born in Oak Ridge, Tennessee. Yet he currently resides in North Carolina where he makes most of his amazing videos. Trip’s road to internet glory was a long one, and it’s difficult to imagine that he would become the star that now shines over the entire vaping world.

He studied Photojournalism, got bachelor’s degree in 2007 and then started to work as a wedding photographer. This took some time until eventually, Trip developed a photo-oriented app that he sold and invested in real estates.

At this point RIP Trippers came to be, as Trip discovered vaping about the same time he gave up his Photojournalism aspiration. The whole story is pretty dramatic actually: at some point, Trip’s wife had a car related incident and the person that came to investigate the case had a vaporizer.

Since Trip was already chewing tobacco, he was interested in this new gadget, and the rest is internet history. Trip is married with two kids and loves 1983 Mercedes 240D automobile.

RIP Trippers vape videos are not trick oriented. However, there is one interesting tutorial that this legend posted, which needs to be viewed by anyone who enjoys vaping.

Mike was a passionate smoker for around 24 years during which he enjoyed regular cigarettes.

According to his own words, Mike Vapes decided to switch to a healthier lifestyle that included swapping regular smokes to vape.

The official channel on youtube that Mike started two years ago is full of product reviews and previews of upcoming novelties that Mike presents in a manner of an authentic vape artist.

Mike spends his time enjoying vape and reviewing vape products. However, he is not known for performing tricks during his shows.

His deep and qualified vape knowledge lead thousands of involved viewers. Mike is widely known for his giveaways and online sales.

Zophie Vapes (real name is believed to be different, they say Zophie is her grandmother name) Zophie is a young professional vaper popular on both Youtube and Instagram and an inspiration to all women who vape.

Since the start of her youtube career in 2014, Zophie wanted to attract followers with engaging content and interesting performance with a lot of humor and a few teasers.

Over 237 thousand subscribers on Youtube show that starting a Youtube channel was a good call, so the logical next step was to start an Instagram account, which is currently a place where over 79 thousand people come to get informed or simply enjoy lovely pics that Zophie shares every day with her followers.

There are no official vape tricks that Zophie performs for her audience, as she is more dedicated to reviewing various products.

Still, the photos that Instagram has to offer show that there is no lack of creativity with this girl. Here are some of the photos that Zophie shared with us so the community could enjoy vaping sensations with Zophie.

Vaping culture is spreading throughout the entire world, and there are seldom limitations, excluding legal age limits, to flavors, mods, and vaping activities that take place in this vivid community.

The role of vape YouTubers reflects in informing and sharing knowledge with the rest of the population to improve the vaping experience for everyone. Some vaping enthusiasts follow various performers to find inspiration or learn new tricks, while others just enjoy learning about new products and cool ways to use them.

It would not be far from the truth to say that vaping is on its way to becoming a full-scale art with curious artists, captivating audience, and unlimited creative possibilities.

These hot YouTubers that we presented in the article are just some of many that make vaping more than just a hobby.

5 comments on “Top 6 The Most Popular Vapers On Youtube”