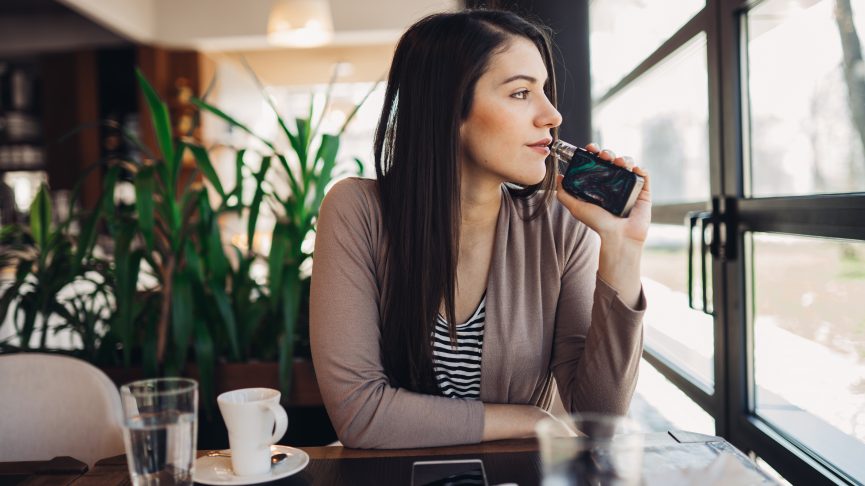 A new Senate bill aiming to bring tax parity to the sale of tobacco products also promises to raise taxes on the sale of vapor products. The bill was introduced to the 115th Congress this past September by Senator Dick Durbin (D-Ill.).

The Senate bill, entitled the Tobacco Tax Equity Act of 2017 seeks to close tax loopholes long exploited by the tobacco industry. But in their rush to tax Big Tobacco, e-cigarette advocates say that they have unnecessarily felt the squeeze of government regulation.

In’s and Out’s of the Bill

The government says the bill would not only recoup lost revenue from tobacco sales but also prevent future generations of Americans from starting smoking. The bill was initially introduced to prevent tobacco companies from selling customers tobacco products wrongly classified as pipe tobacco or cigars.

These products are taxed at a lower rate than traditional tobacco products like cigarettes and rolling tobacco. While the bill was primarily crafted to target the openings in the tax code exploited by Big Tobacco, e-cigarette industry lobbyists worry that their industry and their consumers would be unfairly caught up in the government’s crackdown.

However, the drafters of the bill, among them cosponsors Sherrod Brown (D-OH), and Al Franken (D-MN) have not tried to cover up their explicit targeting of e-cigarettes with their bill. The bill’s chief sponsor, Senator Dick Durbin, specifically mentions “e-cigarettes” as another way tobacco companies “damage our nation’s health” in his press release announcing the introduction of the bill.

The Stakes for Vapor Products

The e-cigarette industry is largely unregulated, despite annual revenues reaching $1.7 billion. E-cigarettes have largely escaped the squeeze of government regulation since they exist in a regulatory grey zone – they are not traditional tobacco products, but they do contain nicotine.

The Food and Drug Administration (FDA) finally took steps, despite much opposition, in April of 2014 to get e-cigarettes classified as “tobacco products.” With this classification by the FDA came the opportunity for the Congress to regulate the industry through legislation like the Tobacco Tax Equity Act.

Firstly, the e-cigarette industry disputes this classification as a “tobacco product.” Furthermore, since proponents of e-cigarettes often promote them as a safer alternative to smoking regular tobacco products, they also disagree with the government’s claim that e-cigarettes pose the same danger to public health as cigarettes.

The reasons behind the resistance of the vapor products industry to this legislation are two-fold. They dispute the government’s classification of vapor products as “tobacco products” which then leaves them open to being taxed as such. The Senate vapor tax bill rubs salt into the wound of vapers who have long rejected drawing an equivalency between e-cigarettes and regular cigarettes.

Apart from opposing the bill through lobbying and public protests, there doesn’t seem to be a lot the e-cigarette industry can do to counter the bill. Once the proposal to get vapor products classified as tobacco products by the FDA is finalized, the strictures of the Tobacco Tax Equity Act go into effect.

Reputable medical journals and the Environmental Protection Agency have both found that e-cigarette juices and liquids do not contain any known carcinogens. But despite his opposition, Senator Blumenthal does not want a complete ban of e-cigarettes.

Instead, according to him, he seeks to regulate the industry through existing or new legislation to keep young people away from them. These sentiments of the senator should put any people worried that the government is coming for their e-cigarettes at ease.

While the government has stopped short of bans that would put the e-cigarette industry in jeopardy, they have acted to put more onerous taxes on e-cigarette consumers. It may be frustrating for the vaping industry and vapers in general, but some government oversight should have been expected.

For now, the bill is still in the introductory phase. It may die and never be heard from again. Senator Durbin has proposed anti-e-cigarette legislation before without success.

It is difficult to say what the outcome will be of the new bill. The e-cigarette industry and vapers alike, can only wait and see regarding what new regulations aimed at vapor products are coming through the legislative pipeline.