VapingDaily.com > Vape Magazine > How to Prevent Children from Starting Smoking

Most adults, smoking or non-smoking, agree to the fact that smoking is not for children. Even the heaviest smoker obviously feels bad about seeing a young child smoking his or her lungs out. There is a reason for a legal smoking age in almost all countries all over the world. Similarly, there is a multitude of reasons why you, as a parent or relative, should be concerned about your kid’s health.

Every day, almost 3000 children, aged 11 to 18, experiment with their first cigarette stick. More or less 700 kids become regular tobacco cigarette smokers at the same rate. Every year, there are over 250,000 new children smokers in the US, with around a third of this number dying later on due to some illness caused by smoking.

Overall, there are 46 million people in the country who smoke at present, despite 70% of them wanting to quit the habit. Almost 90% of these adult smokers started smoking as a child. According to studies, everyone out of three teenager who smokes will die prematurely because of smoking-related diseases.

Why Do Cigarettes have Great Appeal to Young People?

Through the years, cigarette smoking has been a subject of constant debate in the Senate, due to the apparent health hazards that the products bring. These hazards vis-à-vis the open and hugely funded marketing have been in question for the longest time. Although the dangers caused by smoking have long been established, Big Tobacco companies are still on the loose and trying to continue making billions of dollars each year by selling cigarettes to the public.

To sustain their growing profits, these companies spend more than $26 million everyday to show the world, including children and teenagers, that smoking makes you look cool, lets you live an unrestricted life, and allows you to feel like an adult. Research has shown that, out of all the audience who watch television ads from smoking companies, children are most susceptible to trying out the product based on what they see.

Apart from their widely circulating ads that are undeniably effective, tobacco companies introduce flavors that are appeal well to children. They even have access to the largest market share in terms of smoking cessation aids like electronic cigarettes. Without a doubt, Big Tobacco still floods the market with their products and is successful at selling them to the youngest consumers using the same techniques and marketing strategies.

According to experts, children often follow the steps of present role models in their lives, which are primarily taken up by parents. Those who have smokers as parents often grow to become smokers themselves, while children with non-smoking parents are less likely to develop the habit.

Children are also enticed to try out their first cigarette stick because of peer pressure. Whether they have friends who smoke while they hang out or blatantly encourage, or worse, force them to smoke as well.

Too many movies and TV shows feature actors and actresses smoking on the scene, most of them portraying characters that appeal well to children. Thinking that smoking will make them look as attractive, strong, and what-have-you, children mimic what they watch by lighting up a cigarette and opening the door towards complete nicotine addiction.

How to Know If A Child Smokes

Being a good non-smoking parent does not always guarantee a non-smoking child. With too many influences outside your home, it is very important to keep a close eye on your child to prevent situations from getting worse.

The number of young smokers is alarming. This means that at least the same number of adults is guilty of either allowing these kids to smoke, or are not doing enough of their part to stop children from developing the habit.

To know if a child smokes:

–    Smell his or her clothes. You will be able to distinguish tobacco smoke even after a few hours for as long as you are not a smoker yourself.

–    Watch out for persistent coughing. Commonly called the Smokers’ Cough, this will seem like a cough that does not go away even with medication.

–    Watch out for bad breath. Smokers have foul smelling breath even if they brush their teeth or rinse their mouths.

–    Check for clothes and teeth stains. Nicotine has a very powerful staining attribute, especially on the teeth and fingernails.

–    Watch out for decreased physical activities and shortness of breath.

–    See if they have throat irritation, hoarseness, and are easily infected with colds.

If you see the signs mentioned above with your child, then it is best to take action before his or her addiction gets worse.

Talking to a Child about Smoking 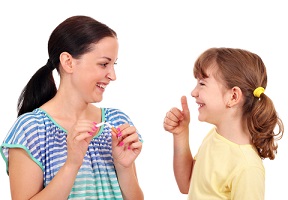 Confronting a child who smokes should never be intimidating. It should be responsible, sympathetic, and most of all, friendly.

Equally, educating a child about the hazards of smoking cigarettes should be done with utmost care and attention. It should not fail and stop, and must be done endlessly until he or she becomes an adult who knows how to stand against these cancerous sticks.

Here are a few tips for protecting your child from smoking:

Young smokers are mostly the ones who become long-term addicts to nicotine and find it more difficult to quit the deed. A child that smokes is a child whose life is shortened. It is never too late to save your kid from the life-threatening effects of nicotine addiction.

I'm a bookshop seller. Unlimited access to an exceptional life inspiration leads me to photo mastering. And a year ago out of the blue photo shoot has started my vaping experience. Now I can't imagine my life without it. The aesthetics of a vaping girl is marvelous.
0 Comments
Cancel reply