Vape Shop Robbery, Some Violent, Fatal, Reported Across the US and Canada 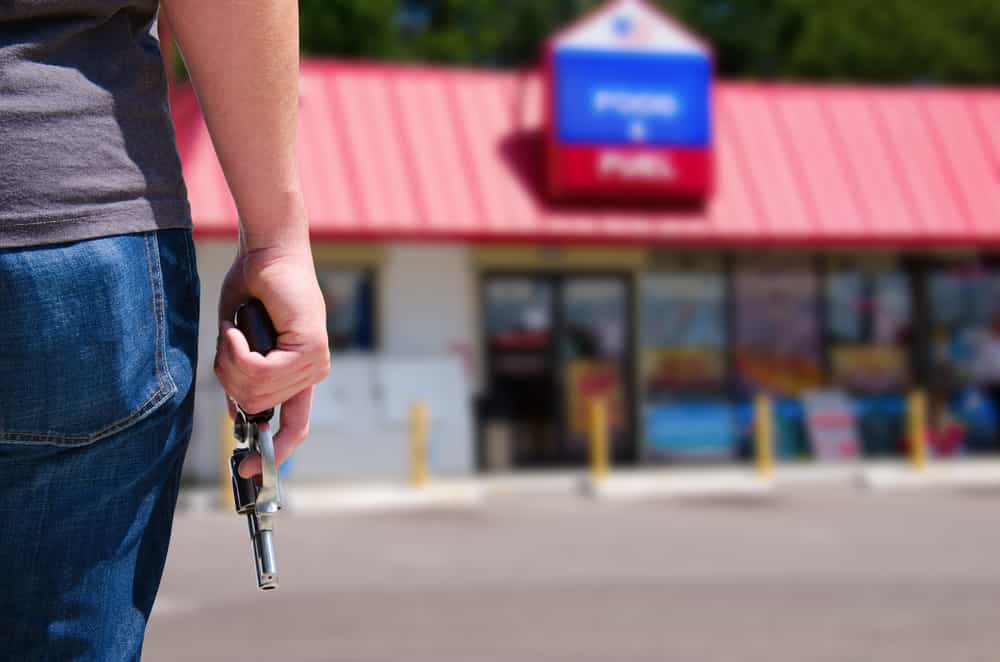 Thieves in the US and Canada have found a new target: vape stores. A slew of robberies, taking place over one month, and some caught on camera, have hit five different stores, in the two countries. The first vape shop robbery took place in Winnipeg.

Surveillance footage captured a masked man and woman smashing open the door, and then ransacking the store. The man and woman remain at large. Similar scenes of masked intruders entering stores after-hours played out in the other robberies. One-armed robbery, however, became attempted kidnapping and ended with a suspect dead.

Brazen Thieves Start Stealing As Soon As They Enter the Store!

The thieves entered the Circle K convenience store in Lexington, Kentucky, with their faces covered on the 1st of March. It was broad daylight. They threatened no violence and made no demands of the clerk on duty.

The thieves just walked behind the counter and started taking Juul vape pens off the shelves. Their take? The pair eventually made off with over $2,000 worth of merchandise. Detective Mark Howard, of the Lexington Police Department, believes the thieves planned the robbery.

They knew what they were going to steal,

He also said that the thieves were not stealing for themselves, given how much they took. “This is not going to be hard for them to turn around,” said Howard, alluding to the popularity of the e-cigarette. Arrests have yet to be made.

On March 25, a North Carolina vape store robbery turned deadly when the clerk on duty shot and killed one of the perpetrators. The deceased, 42-year-old Clark Waters of Rocky Mount, N.C., entered the Player’s Vape shop after midnight on Monday morning with his accomplice, Mindy Renee Sullivan. Sullivan allegedly took out a Ruger LCP .380 handgun, brandished it in front of the clerk and stole $735.

While attempting to flee, Sullivan took a customer hostage, to help Waters get away. The clerk, who had a concealed weapon on him, shot Waters as he and Sullivan tried to escape. The customer was unharmed. Sullivan now stands charged with robbery with a dangerous weapon and first-degree kidnapping.

Police in Springdale, Pennsylvania were able to identify and arrest a suspect only hours after his early morning robbery of a vape store. Brady Richard Glover, 33, faces charges of burglary and trespassing after he allegedly threw a cinder block through the window of Premier Glass and Vape to get access to the store. The robbery took place on March 4 at around four in the morning.

Glover entered the store and took $200 in cash, as well as some vape merchandise. The store’s surveillance cameras caught it all on tape. Not only that, detectives were able to lift Glover’s fingerprints from the scene, which just helped police find him quicker. The store owner, Ryan Zeiler, praised the police for their quick apprehension of the suspect.

Zeiler posted pictures and video of the robbery on Facebook and offered a $1000 reward. Shortly afterward, someone came forward with information about the suspect, which Zeiler then passed on to the police.

I think it was about 30 minutes after I had that they had him,

Patrick Vandiver, the owner of High-Voltage Vapes, called it “really disheartening.” Not only was Vandiver’s vape shop in Aurora, Colorado robbed, but, just a day after, his relatives’ store, N2 Vapes, also in Aurora, was hit. The thieving duo took thousands of dollars worth of vaping gear. They even used the same methods in both thefts: a rock thrown through the front door.

Vandiver believes the robberies are part of a larger crime wave.

There’s a string of these happening now.

The Parker Police Department reported two other break-ins, (one a vape shop, the other a convenience store) using the same MO, as the High-Voltage robbery. Despite the break-in, Vandiver was grateful to his customers, who showed up after news of the theft broke, and started buying. Two suspects remain at large.

Most of the time, getting robbed is the worst nightmare content, but for these two vape shops, it was almost comical!

Winnipeg Police, and Flamingo Vape shop owner, Cam Rochon are looking for any information that could lead to the arrest of a man and woman caught breaking and entering the shop in the early hours of March 11, 2019. The pair, as seen on the surveillance camera footage of the robbery, broke the door of the shop, entered and stole a laptop, an iPad, the cash register and a few vape kits.

The pair bumbled around the store, almost unsure of what to steal. The man is seen struggling to disconnect a charging laptop, while the woman swings a sledgehammer to break a display case, which does not end up breaking. Rochon, despite the robbery, was unfazed and posted the surveillance footage, complete with commentary to accompany the travails of the robbers. Despite the $2000 award for information, police are still looking for the suspects.

Man Loses His Pants in the Middle of a Colorado Robbery

On September 10th of 2018, an Aurora, Colorado vape shop witnessed an epic fail that worked out in their favor. In broad daylight, a middle-aged man walked into a vape establishment and immediately approached the counter. Once we reached it, he drew his gun. Except, he ended up dropping the gun over the counter. Then, when he tried to hop the counter to retrieve it, he didn’t make it! If that was not bad enough, his pants also fell down while he was running away and bailing! One man’s unlucky day turned into a very lucky one for this shop.

Who Knew This Is How to Diffuse a Robbery!

In Portland, Oregon on March 12th, a man in a blue mask walked into a vape shop. The man working behind the counter greeted him with a, “hey man, what’s up” before looking up and realizing what was happening. The next thing he knew, his masked visitor revealed a weapon and said, “open up the register and put all the money in the bag.” How did the vape shop worked respond? With nothing less than a big “f*** you,” followed by a few more and a “get out of here.” To everyone’s surprise, it worked and the man calmly left!

Why Rob a Vape Shop?

Vape store robberies and vape thefts stand out from other typical robberies. They seem both the worst places to rob and the worst items to steal. Vape stores are not cash-rich like banks or have items of high value like jewelry stores. High-end, expensive vapes have no value other than to the people who use them.

In the majority of the robberies though, the thieves were after anything they could steal: money, electronics, vape kits. Some of them did not even know what to take!

The theft that seems directly related to vaping is the one in Kentucky, where the robbers went straight for the Juul pens. The Juul is an age-restricted item that is also addictive. With new regulations taking them out of the hands of minors, black-market Juuls can fetch a high price. The thieves knew this and made their move, proving that some vapes are worth stealing.