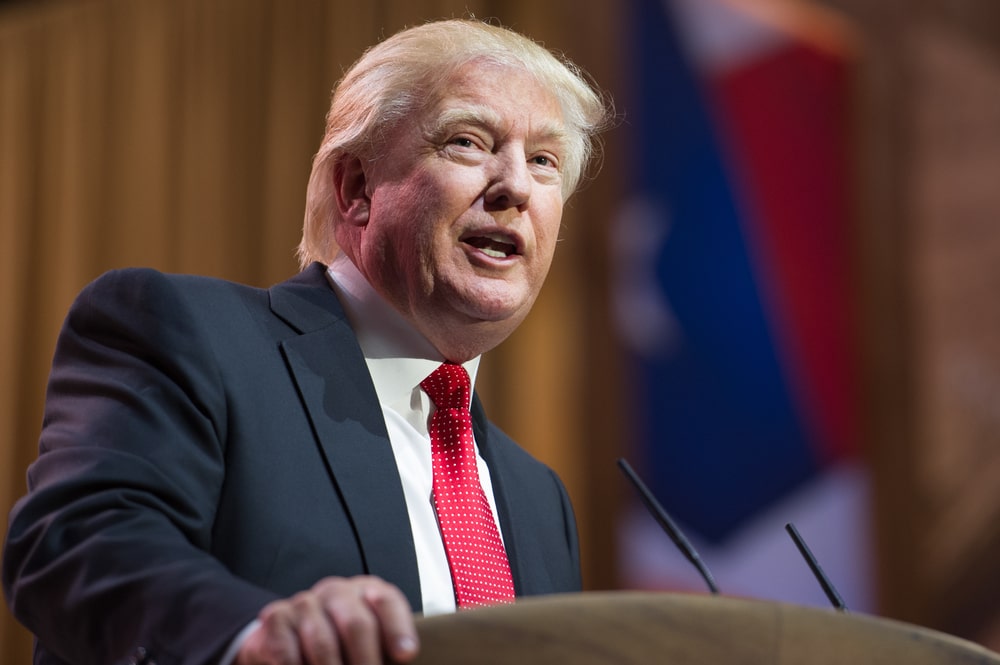 Just two months ago, President Donald Trump had recommended the ban of all flavored e-cigarettes in a bid to save the outraging vaping menace that was rampantly affecting the youth. Backed by the First Lady, who rarely speaks, Trump gladly said, “She’s got a son, she feels very strongly about it.”

It was all set, and within 30 days, retailers were to clear their shelves of any candy, fruit, or mint flavors, failure to which legal action would be taken. The ‘youth vaping epidemic’ was all to blame for this decision, and all that was in between was Trump’s signature to enact the federal ban.

But now, as advised by some of his political advisers, Trump is considering stalling the move on the ban claiming that he wants to study the issue further to make a more informed decision. He also cited his decisions were based on the loss of jobs within the vaping industry.

As always, Trump hardly keeps his word. He made this decision to back off the vaping ban on the 4th of November, on a flight to a political rally in Kentucky, as reported by the Washington Post. The recent protests by the vaping community and business owners, the various ads that called on Trump not to ban vaping, the numerous tweets alongside the Washington D.C. vaping made a very big impact on his decision. His advisors also highly suggested the possibility of receiving a backlash on his oval office re-election from his republicans supporters (both enraged shop owners and vapers) that enjoy vaping. The ban now seems to be set aside in totality.

All these might seem that Trump has succumbed to the pressures of all the activism, which is not actually the real thing. The move to stall from actualizing the ban is very political. He still has a team of very dedicated advisors, teamed up with the First lady and his daughter Ivanka, Health and Human Services Sec. Alex Azar, as well as Senior Counselor Kellyanne Conway who has always had a strong opinion on vaping, “Ban vape flavors.”

Where It All Started

It shouldn’t come as a surprise that Trump felt the effects of all the activism. Yes, he did. He did see the protestors; he was aware of all the Twitter outcry — #IVapeIVote — (he is always on tweeting), he listened to advocates claiming that the ban would be a time bomb which would shut a number of businesses and livelihoods for Americans, as well sending vapers back to conventional smoking.

“He didn’t know much about the issue and was just doing it for Melania and Ivanka,” said anonymously senior administration official.

“In recent months, the president’s wife and daughter, who had become increasingly alarmed about youth vaping, were pressing him to take action,” said another Trump’s official.

According to an anonymous tip, Trump was unhappy with Alex Azar, who played a key role in advising him on accelerating the announcement of the ban. Trump’s campaign manager privately warmed him to go easy on the ban, more so in swing states to maintain an upper hand when it came to his political campaigns.

Even though the president is just stalling, it won’t last forever. In one way or another, he must come to a final decision on the way forward. According to White House spokesman Judd Deere, she believes that Trump’s administration is focused on children’s protection and will soon come with a positive outcome stating, “President Trump and this administration are committed to responsibly protecting the health of children. At this time, we are in an ongoing rulemaking process, and I will not speculate on the final outcome.”

Even the president himself acknowledged that he must come up with a viable solution soon tweeting, “Will be meeting with representatives of the Vaping industry, together with medical professionals and individual state representatives, to come up with an acceptable solution to the Vaping and E-cigarette dilemma. Children’s health & safety, together with jobs, will be a focus!”

The American Vaping Association president was relieved, saying, “It’s a great feeling in two months to go from thinking that prohibition was inevitable to actually proving that your issue has resonance with voters to such an extent that the president of the United States takes notice.” His relief was almost similar among all pro-vaping enthusiasts while hoping that the situation will continue remaining as it is or improve for the best.

Though anti-vaping and anti-tobacco groups were quick to express their lack of satisfaction with the president’s decision, citing that he is politicking instead of focusing on public health.

This is awful! We CANNOT continue to put politics ahead of our kids! We have a major epidemic of youth e-cig use that we MUST address, with banning flavors one of the most important steps! #Protectourkids! #NOFLAVORShttps://t.co/29pPGkzKWU

The ultimate decision is left at Trump’s discretion. Even with the numerous consultations and back and forths meetings with vaping advocates, speculating his decision is hard. Some experts said the most likely route he might take would be to revert to the initial ban, or maybe raise the minimum federal age restriction from 18 to 21.

Away from all that, some see that Trump might, in the long run drop the whole ban, considering JUUL labs decision of halting its mint nicotine pods and turn all his energy to gun laws and mass shooting.