Is Vaping Safe: What You Need to Know 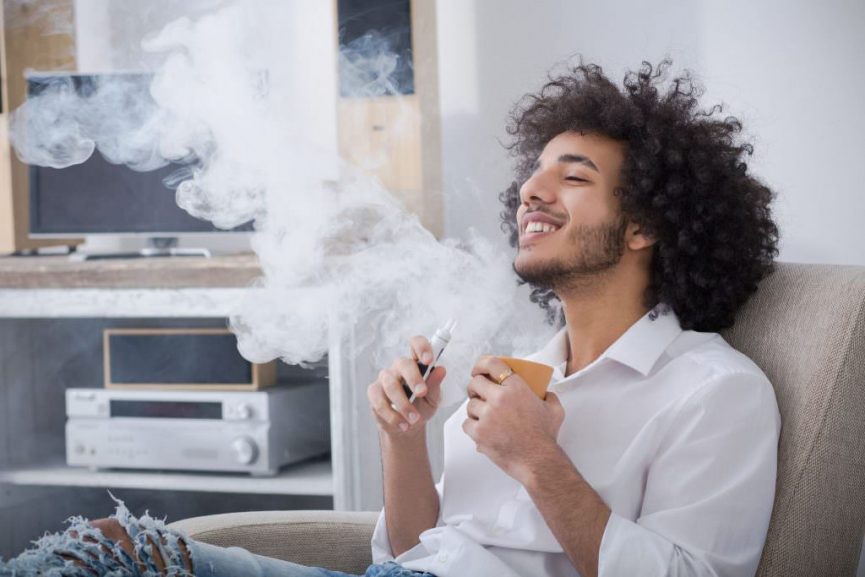 The question of whether or not vaping is safe has been re-actualized recently, with numerous studies confirming that there are no significant short-term or long-term health hazards that can be linked to e-cigarette use. The public perception is also slowly changing – in 2015, nearly 37% of US survey respondents answered that vaping is a safer alternative to smoking, which is a marked improvement from 2011, when that percentage was only 11.5%.

Still, misleading research and clickbaity news headlines are muddying the waters, creating a perception that using e-cigarettes is not as safe as harm reduction advocates make it out to be.

Here’s just handful of headlines that brought vaping safety to question in 2017:

It’s not difficult to see how that type of reporting could affect the public opinion, creating barriers for people who could benefit the most if they decided to switch to electronic cigarettes.

Although these bombastic headlines seem to be subsiding in the last few months, they did real damage over the course of the year. They’ve gotten people to question vaping safety and planted that little annoying question inside everyone’s head: ‘Is vaping safe enough for me to go for it?’

What Do Scientists Have To Say About Vaping Safety?

Vaping is relatively safe, at least in the short-term, which was confirmed by numerous studies in recent years. In fact, the Cochrane Library, a non-profit that looks at reliable studies, issued their E-cigarette Report in 2016, which concluded that there are no noticeable short-term adverse effects associated with vaping.

As for long-term health effects of vaping, we are now getting the results of the first studies designed to examine them. The findings of a recent 3.5 year-long study concluded that vaping is unlikely to cause a significant amount of damage to the human body – no damage to the lungs, heart, or other organs was found even in test subjects who heavily vaped.

Regardless of these positive results, a puzzle remains: are we really aiming for a 100% vaping safety? Is that even the right question we should be asking?

The Importance of Placing Vaping Safety In the Right Context

Talking about vaping safety is pretty pointless without the right benchmark. What we should all be interested in is whether or not vaping is safer when compared to smoking. None of us would ever recommend vaping to a non-smoker so why take the question out of context in the first place?

Certainly, vaping is not without risks – inhaling anything other than air was not something our lungs were designed to do. But, does vaping kill? Here’s a challenge for you: go to Google and try to find information about someone whose death can be attributed to regular, common sense vaping.

Guess what? You won’t find it. However, google ‘woman struck by meteorite’ and you will find this article from the 1950s about a woman who was minding her own business in the comforts of her home before being injured by a rock from outer space.

Are Vaping Devices Safe To Use?

In the last couple of years, we’ve seen some horrendous images of people’s close encounters with exploding batteries. Note the term – exploding batteries, not exploding e-cigarettes. There’s no such thing as a ‘vape explosion’, as these incidents are dubbed in the media. The only part of an e-cigarette that even has the potential to explode is the battery.

But, guess what – those same batteries are powering your vaporizer are also powering your laptops, smartphones, shavers, and tons of other things. Are you afraid of them, too?

All devices that use batteries should be handled with relative care, and vaping gear is no different. Carrying loose batteries in your pocket is a recipe for disaster. So is improper charging, using mechanical mods while still ignorant about how they work, or exposing the batteries to the elements. Just don’t do it. If in doubt, ask questions or, better yet, visit your local vape shop. When it comes to devices, the question is not is vaping safe; it’s what are you doing to make it safe.

Planning to build own coils, keep in mind an increased risk of injury if not done correctly, however. Without a solid understanding of Ohm’s Law, it is probably best to stick with mods or pens that are already built and have internal circuitry to avoid battery problems.

Although the above-mentioned studies clearly answer the question of vaping safety, taking a look at the safety of all the moving parts involved in it is still needed, for thoroughness’ sake.

For example, flavorings used for cinnamon, spearmint, mint, cherry, and almond are known irritants (according to this case study). That said, this has not been proven in studies involving vaping. At this point, there’s a possibility that these flavorings could cause mild irritation, but that’s not certain. If you have any concerns about flavorings, vaping pure base with nicotine is always an option.

It seems that the more flavors there are in e-juices, the more chemicals follow. With more chemicals, there is a greater risk of toxicity in the juice. Keep it simple with the flavor combinations if you have any doubt about vaping safety.

British Heart Association notes that nicotine doesn’t pose a significant health threat, meaning that it doesn’t cause cancer, heart disease, or other diseases. However, they do warn that people with pre-existing heart conditions should avoid it as it temporarily raises the heart rate.

The Alleged Toxicity of Vaping Debunked

While e-cigarettes can indeed produce formaldehyde, this happens under conditions that no vaper would intentionally recreate especially when using their best vape.

Anti-vaping studies have been popping up occasionally for years now, but there’s one that did more damage than all others combined. It was the spark that lit the powder keg, since it was picked up by numerous media outlets, which lead to an immediate condemnation of the entire community. That study was done by Portland State University researchers and it was titled ‘Hidden Formaldehyde in E-Cigarette Aerosols’.

It has everything – a dangerous cancer-inducing substance, strange-sounding words, and an implication that it was all somehow hidden from vapers, as if the industry conspired to poison everyone. The media ate it up and regurgitated it in even more vicious forms.

The study itself was debunked numerous times by health experts concentrating on vaping, such as Dr. Konstantinos Farsalinos and Dr. Michael Siegel. While e-cigarettes can indeed produce formaldehyde, this happens under conditions that no vaper would intentionally recreate – by overheating the device and burning the wicking material. Once treated to one of these nasty-tasting hits, no vaper would endeavor to repeat the experience.

The next big hit for e-cig opponents was the alleged harmfulness of what they’ve named ‘second-hand vapor’. A lot of news sites picked up a story about how ‘second-hand vapor’ impairs indoor air quality. There may be some nicotine in the air when there is second-hand vapor present. Is there enough to affect the health of bystanders? Probably not, but if somebody is in the same room with a chain vaper for the whole day, then there may be something to consider there.

Luckily, a recent study by the Center for Disease Control thoroughly disproves the theory that vaping can harm people who just happen to be in the same room as vapers. The goal of the CDC’s study was to measure the Occupational Exposure Level (OEL) to certain chemicals in a vape shop. The results clearly show that levels of VOCs, formaldehyde, flavorings, and PG, are well-below NIOSH permissible levels – in fact, levels for some were so low they were not even quantifiable, which makes them perfectly safe for humans.

Dr. Farsalinos went on record after one vape-positive study that concerned volatile organic compounds (VOCs), saying that it demonstrates that there are more VOCs in the air that people expel from their lungs than are formed with the use of an e-cigarette.

Is Vaping Safe for Vapers and People Around Them?

So far, all evidence points to vaping being safe for vapers and innocent bystanders who happen to find themselves engulfed in a cloud of sweet-smelling vapor. That said, further studies are definitely needed in this area because we still can answer ‘is vaping safe’ with a resounding, unequivocal YES, which is a dream of every hardcore vaper.

Whatever the results of those studies turn out to be, they will certainly help the vaping industry set a new standard, either by continuing to use safe vaping ingredients and insisting on them across the board, or by finding alternatives that do not pose a health hazard to vapers.

4 comments on “Is Vaping Safe: What You Need to Know”